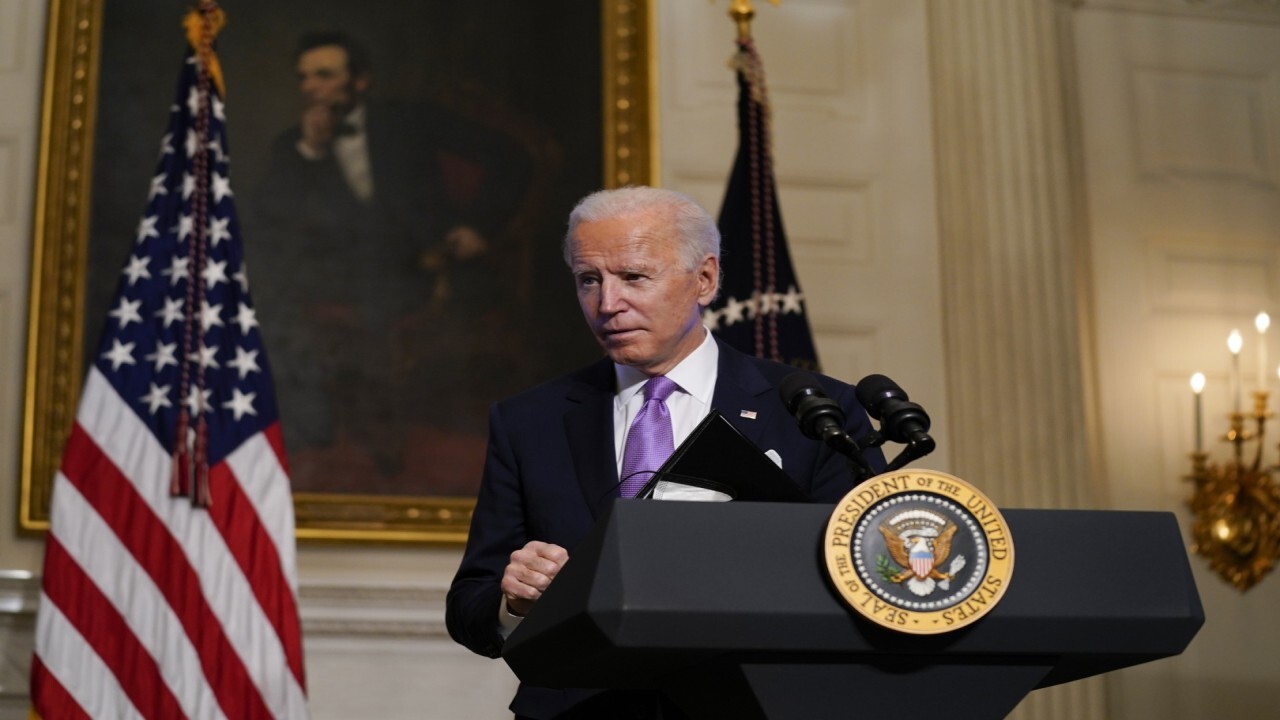 A group of tech and policy leaders including former Google CEO Eric Schmidt is warning that China is "surging to overtake the United States in critical areas."

The group called the China Strategy Group published a memo obtained by Axios that proposes a number of "urgent policy solutions" that "position the United States to out-compete China" without inciting more tension or conflict.

"America's technological leadership is fundamental to its security, prosperity, and democratic way of life," the group wrote in their introduction. "But this vital advantage is now at risk, with China surging to overtake the United States in critical areas."

U.S.-China tensions escalated as the Trump administration pursued a trade war in an effort to hold China accountable for crimes including stealing intellectual property, shipping fentanyl into the United States, committing human rights violations against the country's Uyghur population and other violations.

Tensions further escalated in 2020 when the administration began cracking down on Chinese technology in the U.S., citing security concerns related to a 2017 Chinese national intelligence law that requires Chinese businesses to comply with CPC requests for information and ties to the Chinese military.

"China plays by a different set of rules that allow it to benefit from corporate espionage, illiberal surveillance, and a blurry line between its public and private sector," the China Strategy Group explains in its memo.

Axios notes in its report that the "decoupling" of U.S. and Chinese entities has gained bipartisan and industry-wide support since the Trump administration initiated the practice about three years ago.

The China Strategy Group has concerns that China is on its way to holding a competitive technological advantage over the United States and makes recommendations for federal institutions to ensure that the U.S. remains on top, including a "government redesign."

"Technology is increasingly shaping the national security landscape," the authors wrote. "But our internal government structures are not optimized to address the new challenges posed by emerging technologies."

A Chinese flag hangs near a Hikvision security camera outside of a shop in Beijing on Oct. 8, 2019. (AP Photo/Mark Schiefelbein)

The group concluded that their assessments "are made with clear-eyed recognition of the asymmetries that complicate our relationship [with China] and weaken the U.S. position."

"Many important questions about our technological competition with China remain unanswered," they wrote. "We undertook the present task motivated by curiosity, a sense of service and a desire to strengthen free and open societies. There are no doubt many more who are similarly poised to contribute."

President Biden's critics have expressed concern that he could take a friendlier stance toward China than Trump, though Commerce Secretary nominee Gina Raimondo testified Tuesday that she and the administration will pursue an "aggressive" policy against China.

"Whether it's the entities list, or tariffs, or countervailing duties, I intend to use all those tools to the fullest extent possible to level the playing field for the American worker," Raimondo, Rhode Island's governor, told a Senate committee.

Chinese Foreign Minister Wang Yi told state media outlet CGTN in late December that "a new window of hope is opening" with the incoming administration. The Biden administration will "return to a sensible approach, resume dialogue with China, restore normalcy to the bilateral relations and restart cooperation," Wang said.