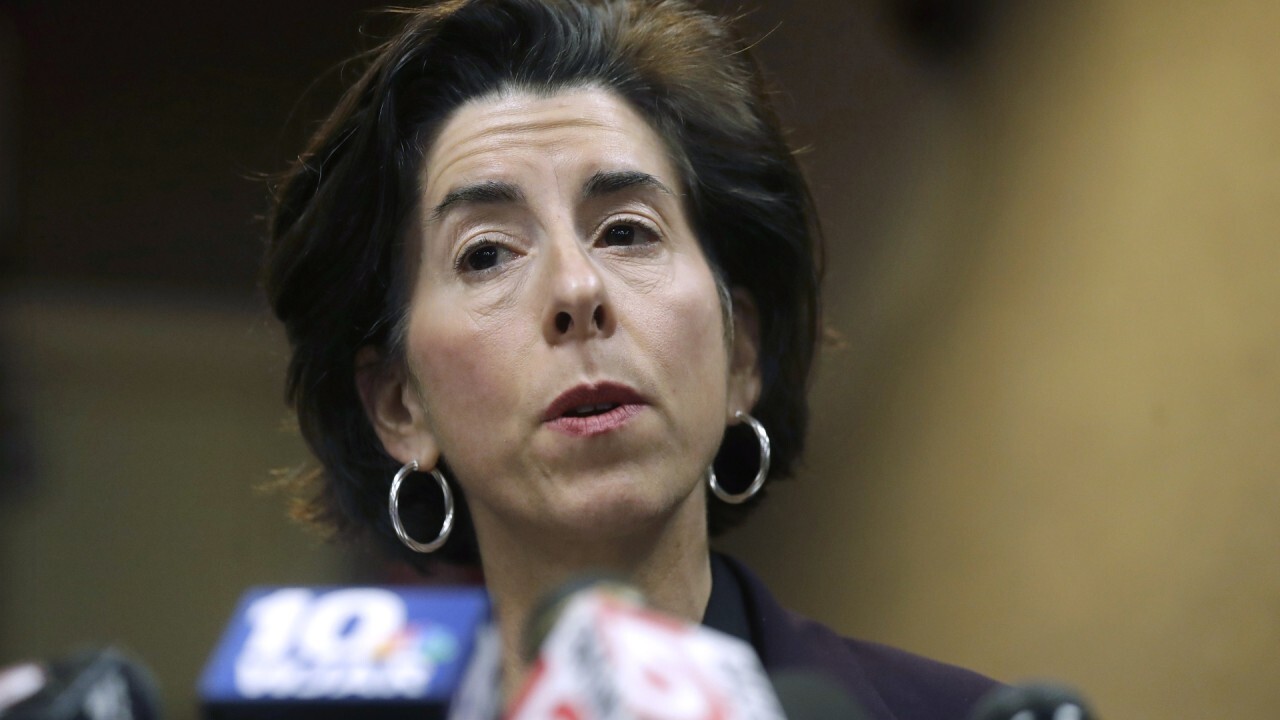 At her confirmation hearing before the Senate Commerce Committee on Tuesday, Raimondo was quick to discuss her approach to China, addressing the issue in her opening remarks.

GINA RAIMONDO: WHAT TO KNOW ABOUT BIDEN'S COMMERCE SECRETARY PICK

"We need to invest in innovation and technology in our manufacturing sector and take aggressive trade enforcement actions to combat unfair trade practices from China and other nations that undercut American manufacturing," Raimondo said.

Raimondo, the governor of Rhode Island, explored this further when Sen. Roy Blunt, R-Mo., asked her about steel and aluminum tariffs. Blunt noted that his state manufactures cans, boats, cars and airplanes and is thus significantly impacted by those tariffs.

US MANUFACTURER HOPES BIDEN CAN 'LEVEL' PLAYING FIELD WITH CHINA

Raimondo said she appreciates Blunt's concern and mentioned that her home state of Rhode Island manufactures submarines and boats that use aluminum. She also said that China's practice of dumping cheap materials into the market ultimately harms American workers.

"China has clearly behaved in ways that are anti-competitive, dumping cheap steel and aluminum into American which hurts American workers and hurts the ability of our companies to compete," she said. "So, should I be confirmed, I plan to be very aggressive to help Americans compete against the unfair practices of China."

Raimondo then said she agrees with President Biden that the U.S. needs to “step back” and broadly review trade policies regarding China and listen to allies and U.S. manufacturers.

Blunt agreed that tariffs on dumping have use but “shouldn’t use national security as just an excuse to have a tariff but you’re not suggesting we should.”

“Whether it's the entities list, or tariffs, or countervailing duties, I intend to use all those tools to the fullest extent possible to level the playing field for the American worker,” she said. “I believe in free trade but fair trade.”