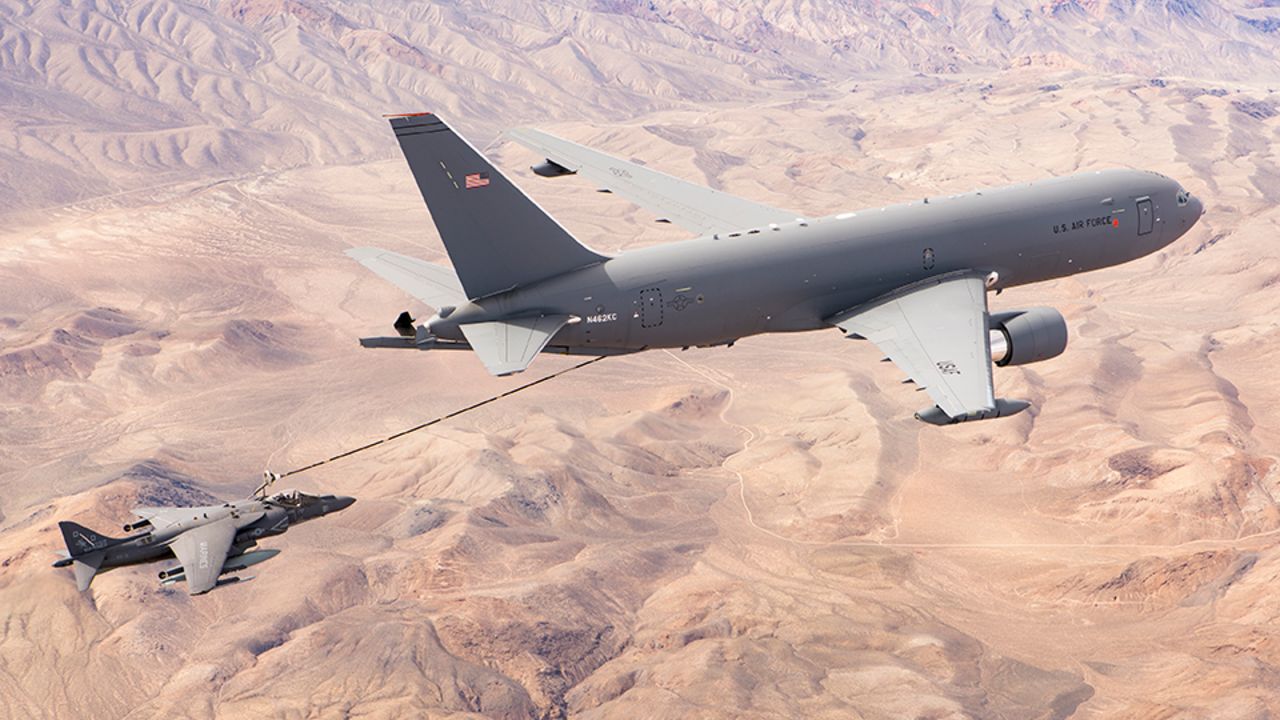 From pilotless jets engaging in dogfights to huge undersea vessels ferrying troops, the Pentagon is pushing to increase the U.S. military's use of automation.

Defense moves are outpacing commercial automation efforts in the air, on the ground and beneath the waves as officials seek to counter American adversaries' technological advances, according to current and former national-security and industry officials. That progress -- highlighted in cockpits managed primarily by computers, totally autonomous helicopters and automated aerial-refueling tankers -- is likely to show up in future civilian aircraft, advanced air-traffic-control systems and a range of drone applications.

Unlike commercial automation, "there aren't any regulators or outsiders to scrutinize Pentagon efforts," said Najmedin Meshkati, a human-factors expert who teaches at the University of Southern California. "You really have to do your homework before integrating emerging new applications with older technology."

Defense moves are outpacing commercial automation efforts in the air, on the ground and beneath the waves as officials seek to counter American adversaries' technological advances. (Boeing)

But already, programs meant to supplement and eventually replace human operators are accelerating in every branch of the U.S. armed services.

None of these cutting-edge systems are expected to be incorporated into fighting forces immediately, and some have run into budget and engineering hurdles. Still, the $740 billion defense authorization bill Congress passed in January is filled with mandates, carve-outs and other provisions aimed at expanding automation and promoting autonomous operations across the services.

Pentagon initiatives include teaming a traditional jet fighter with an autonomous version -- sometimes called a "loyal wingman" -- to illustrate the advantages of such combinations in mock dogfights. The Air Force also foresees Boeing Co.'s aerial tankers eventually pumping fuel into aircraft miles above the Earth without crew members guiding the process or ensuring the refueling connection operates properly.

The Marines are working with Kaman Corp. to devise ways to use autonomous choppers to deliver supplies to remote outposts, an idea dating to the height of combat in Afghanistan. United Technologies Corp.'s Sikorsky unit has been working with the Defense Department's primary research arm to showcase advanced controls that are essential to creating fleets of autonomous helicopters for an array of missions.

FOR WARS OF THE FUTURE: PENTAGON LOOKS TO DISTANT PAST: THE B-52

The Army is moving to develop a version of the Bradley fighting vehicle, a 1980s-era workhorse for transporting ground troops, that could function without human operators inside.

Navy admirals have sketched out a two-decade plan to create a potential fleet of more than 120 vessels that could operate without crews on both land and water, though Congress has balked at some specifics.

Other Navy concepts include working with Boeing and shipbuilder Huntington Ingalls Industries Inc. to deploy several large autonomous undersea vehicles called Orcas to carry cargo and divers, gather intelligence or look for mines. In January, Congress authorized $125 million for research on "long-duration autonomous ship operations," envisioning surface vessels, potentially built by Huntington Ingalls, that would operate for months on their own.

Military leaders "have been leading the charge for automation as part of a multipronged approach," said Tom McCarthy, an automation and robotic expert who is vice president of business development at closely held Motiv Systems Inc., which built the arm on the latest Mars lander. "They want systems that play well together," he said.

Commercial airplane makers and their suppliers also say they have been pursuing enhanced automation, including planes with one pilot in the cockpit and another monitoring systems from the ground. Multiple companies are pursuing long-term engineering work on large cargo jets flying extended over-water routes, possibly without any pilots on board. Europe's Airbus SE has taken a big step further, completing more than 500 test flights last summer demonstrating autonomous taxi, takeoff and landing capabilities.

Under an agreement with Boeing for the aerospace giant to foot the bill for a revamped visual-display system on its KC-46 tanker, the Air Force insisted on fixes intended to pave the way for eventual autonomous operation. (Boeing)

But faster progress is evident in the military. And while regulators typically resist rapid or dramatic changes that involve military and civilian craft sharing airspace, the Air Force's uniformed and civilian leaders have made the biggest public push among the services toward extensive reliance on automation.

"The Air Force is driving automation in a way it hasn't over the past decade," said Will Roper, who stepped down last month as the service's chief acquisition official.

As part of a demonstration flight in December, the Air Force used artificial intelligence to effectively take over the role of a U-2 reconnaissance plane pilot to navigate. The aircraft, which had a pilot on board, also employed sensors to detect missile launchers.

Under an agreement with Boeing for the aerospace giant to foot the bill for a revamped visual-display system on its KC-46 tanker, the Air Force insisted on fixes intended to pave the way for eventual autonomous operation. As a result, "we're going to have capabilities in the next three years that we didn't expect to have" potentially for decades, Mr. Roper said.

In a series of interviews shortly before he resigned to make way for Biden administration appointees, Mr. Roper described other ways the Air Force is pursuing automation. Far-reaching innovation, he said, would require a "combination of manned and unmanned aircraft teaming together to do missions that neither could do alone" as effectively.

Employing artificial intelligence in autonomous aircraft flying in formation with human-piloted jet fighters, Mr. Roper said, allows aviators "to focus on the more complex strategic task of fighting" instead of analyzing data about threats that can be compiled more quickly and fused seamlessly by computers.

"Pilots are going to be doing a lot more for us in future" to cope with more capable adversaries, he said, adding that autonomous aircraft "open up a completely different playbook for air warfare."

Artificial intelligence and virtual reality already are poised to shake up how Air Force pilots are prepared for duty. Steve Kwast, a retired Air Force three-star general who used them in a demonstration project seeking to cut the cost and time of pilot training, said the concept is expanding across the service: "It's just a matter of fleshing it out."