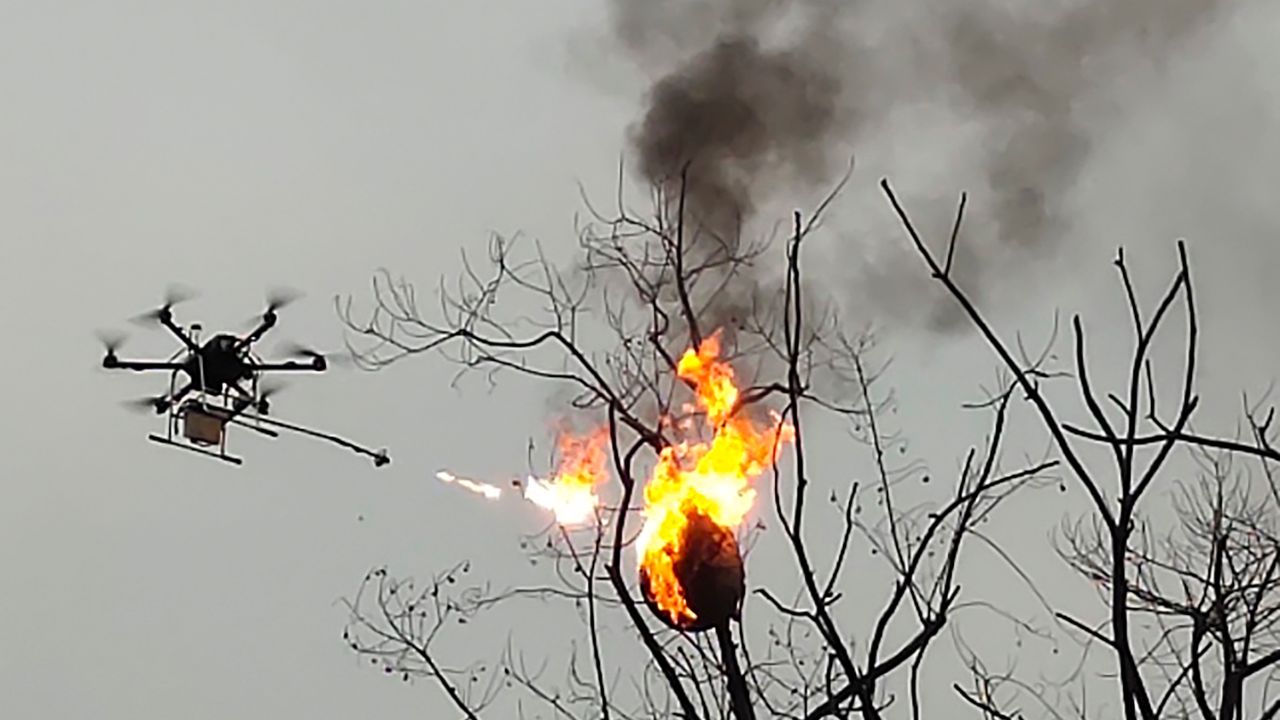 BEIJING — A drone has been converted into a flying flamethrower in central China in a fiery campaign to eradicate more than 100 wasp nests.

Blue Sky Rescue, a volunteer group that conducts search and rescue and other emergency work, have teamed up with villagers in Zhong county near the city of Chongqing.

Videos released by Blue Sky show a recent mission by the six-arm drone. It hovers above a hive as large as a suitcase before swooping down. The drone operator flips the ignition switch, and the drone spits bursts of fire onto the hive.

“The burning ashes of the wasp’s nest gradually peeled off and fell, and the surrounding residents applauded and praised the rescue team,” said an article on a local news app run by state-owned Chongqing TV.

A drone has been converted into the flying flamethrower in central China in a fiery campaign to eradicate more than 100 wasp nests. (Blue Sky Rescue of Zhong County via AP)

The article quotes a resident thanking Blue Sky for helping the village: “Now we don’t have to worry about being stung by a wasp.”

Blue Sky said it has destroyed 11 hives so far. There are more than 100 to go.