Blue Origin's third human spaceflight, the first with 6 on board

Blue Origin's third human spaceflight, the first with 6 on board.

Six people were a part of the NS-19 mission, including Fox Sports' Michael Strahan and Laura Shepard Churchley, the eldest daughter of NASA astronaut Alan Shepard, for whom the rocket is named.

BLUE ORIGIN FLIGHT: WHAT TO KNOW, HOW TO WATCH

Liftoff was initially targeted for Thursday, but high winds forced a delay.

The co-host of ABC's "Good Morning America" brought his Super Bowl ring and his newly retired No. 92 jersey along for the ride and Churchley took part of her father's Freedom 7 Mercury Capsule, in addition to a few mementos that accompanied him to the moon on Apollo 14.

Bezos also put a football aboard that will go to the Pro Football Hall of Fame.

Previous 10-minute flights had sent just four people up above the Kármán line and back, including "Star Trek" actor William Shatner.

The aerospace company has not yet publicly disclosed a price for seats on its reusable, automated capsule. 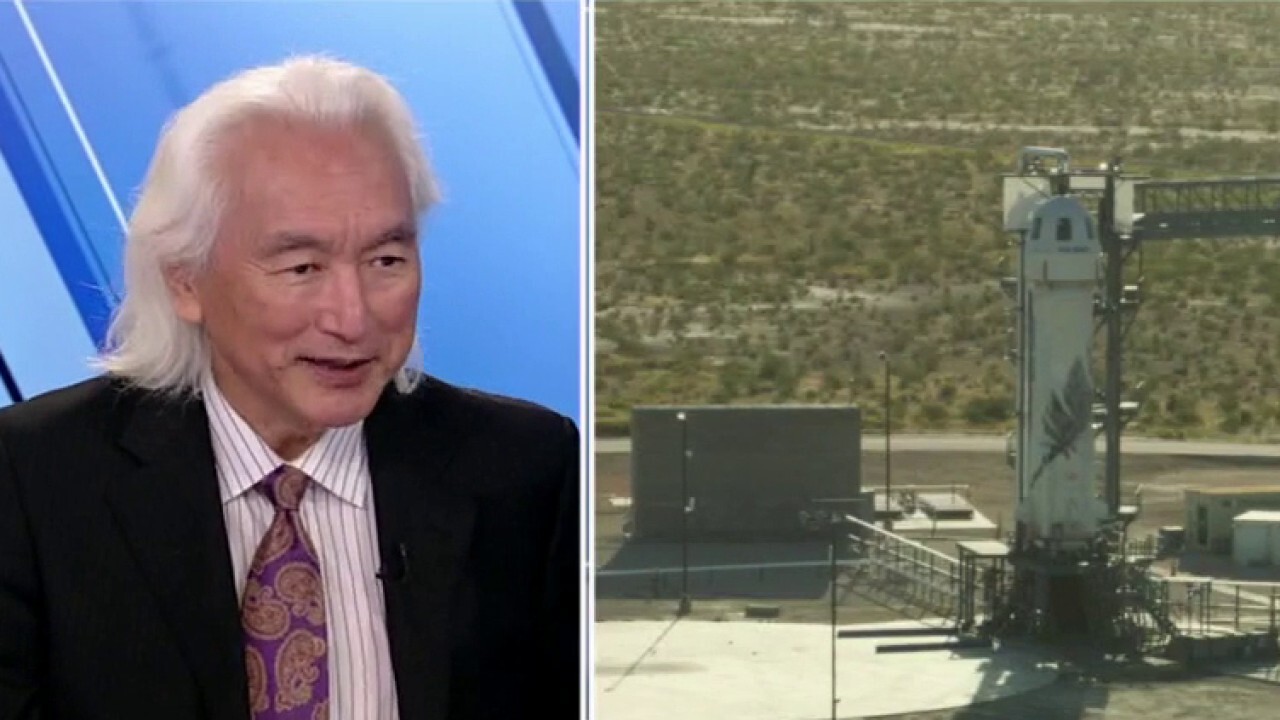 New Shepard has performed 18 flights prior to date, although most were without passengers or payload research flights.

Blue Origin said the Saturday launch was dedicated to Glen M. de Vries, who was killed along with another man in a November plane crash.

De Vries traveled to space with Shatner in October.