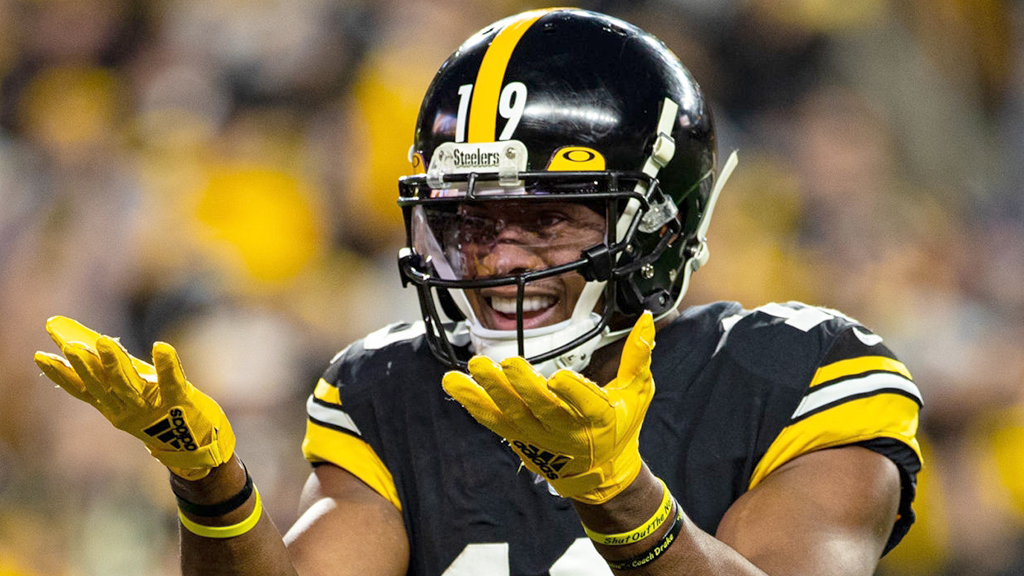 Pittsburgh Steelers wide receiver JuJu Smith-Schuster was apparently making some extra cash on the side while watching a Thursday night NFL game.

Smith-Schuster is an avid gamer and often streams himself playing video games on Twitch. According to CBS Sports on Tuesday, Smith-Schuster appeared on THump’s streaming channel and revealed he received $100,000 to watch last week's matchup between the Chicago Bears and Dallas Cowboys.

"I did a stream yesterday, with TimTheTatMan, or like two days ago, we watched the Cowboys game and I got paid $100K for that," the star wide receiver said.

THump replied: "I don't know if you're supposed to say that but it's all good."

Smith-Schuster promoted the livestream on his Twitter account, but it wasn't clear he was getting paid for the appearance.

The Steelers selected Smith-Schuster in the second round of the 2017 NFL Draft. He is still on his rookie contract and is earning $846,000 this season. He is set to earn $1.037 million next season.

He has missed the last three games due to a knee injury. In 10 games, he's caught 38 passes for 524 yards and three touchdowns. Pittsburgh is 8-5 this season.