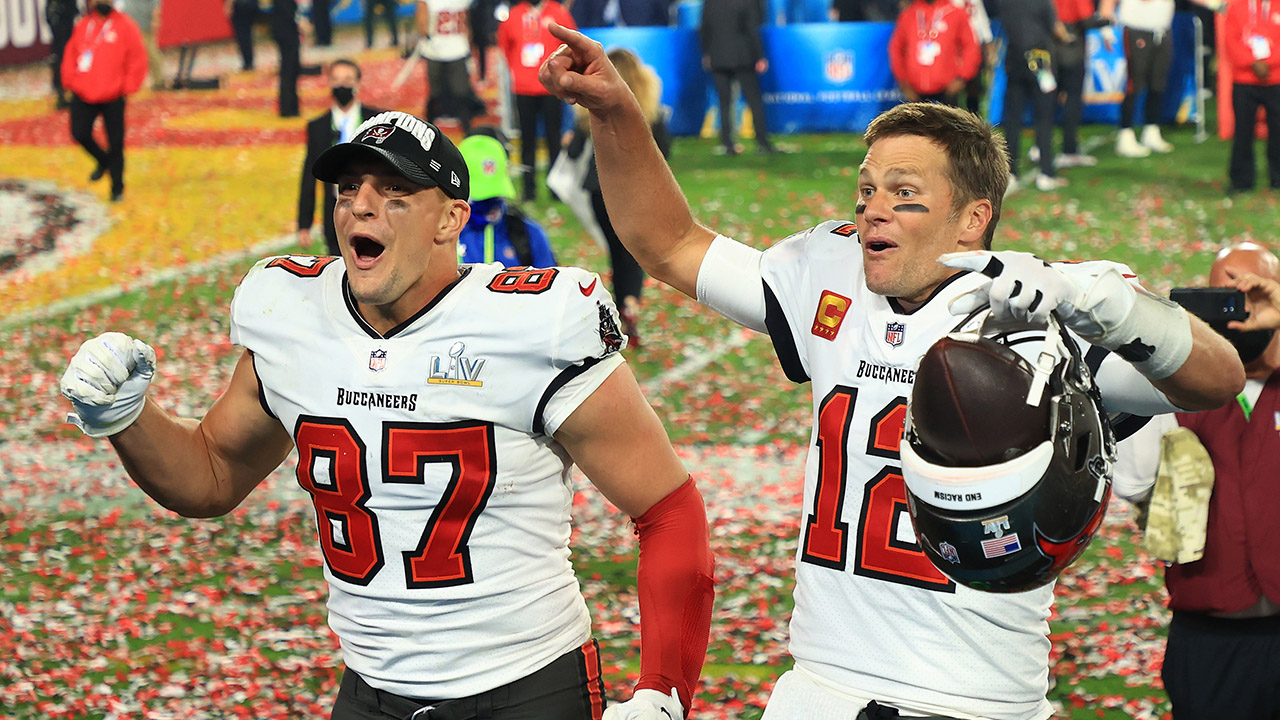 Rob Gronkowski and Tom Brady go together like peanut butter and jelly.

The two NFL superstars are teaming up again, but this time they can leave their helmets and pads at home. Gronkowski officially joined Brady’s nonfungible token (NFT) platform. The Tampa Bay Buccaneers tight end posted a new version of the duo’s viral video after the NFC Championship.

Rob Gronkowski during warm-up before the game against the Los Angeles Rams at SoFi Stadium on Sept. 26, 2021, in Inglewood, California. (Photo by Harry How/Getty Images / Getty Images)

In the original video, Brady and Gronkowski were walking to the sound of P. Diddy’s "Bad Boys for Life." On Monday, Gronkowski had the Autograph logo superimposed over his chest to signal he’s joining Brady in another business venture.

Rob Gronkowski of the Tampa Bay Buccaneers looks on prior to the game against the Cincinnati Bengals during a preseason game at Raymond James Stadium on Aug. 14, 2021, in Tampa, Florida. (Photo by Douglas P. DeFelice/Getty Images / Getty Images)

"They say blood is thicker than water - so @TomBrady move over, I’m joining the @Autograph.io family. My signed digital exclusives are headed your way this week," Gronkowski tweeted. Brady shared the video with the caption "NFT boys for life welcome to the @Autograph.io Team @Gronk," the tight end wrote on Instagram.

Gronkowski is set to drop his Autograph NFT collection of digital memorabilia on Tuesday. The prices range from $12 to $100. The signed versions of the NFTs will drop on Thursday and start at $250.

Brady is among the superstar athletes who have gotten into the NFT space. His team on Autograph includes Tiger Woods, Derek Jeter, Naomi Osaka, Tony Hawk, Simone Biles, Usain Bolt and Wayne Gretzky.