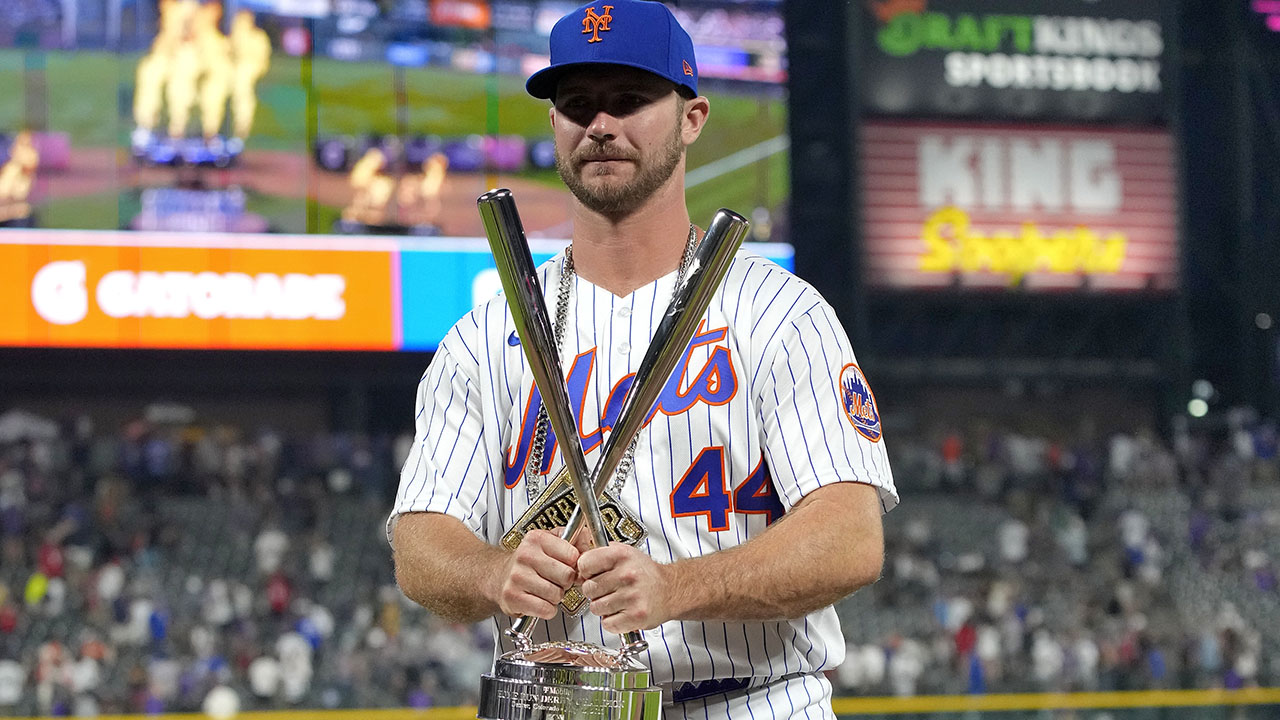 Alonso defeated Baltimore Orioles first baseman Trey Mancini, 23-22, and needed every bit of the time that was allotted to him to do it. He was wearing the chain and holding the trophy at the end.

The Mets’ first baseman took home $1 million along with the Home Run Derby trophy. It’s more money than he will earn playing for New York during the 2021 season.

He still has three years of arbitration left before he becomes an unrestricted free agent.

Alonso won the Derby in 2019 and was unable to defend it in 2020 due to the coronavirus-impacted MLB season. But he was elated to get a chance to defend his title Monday.

"This is awesome, it never gets old," he told ESPN afterward.

Mancini was making his first Home Run Derby appearance. He missed the entire 2020 season after battling colon cancer. He hit 16 home runs before the All-Star break.

Alonso defeated Juan Soto and Salvador Perez to get to the final. Mancini beat Matt Olson and Trevor Story.