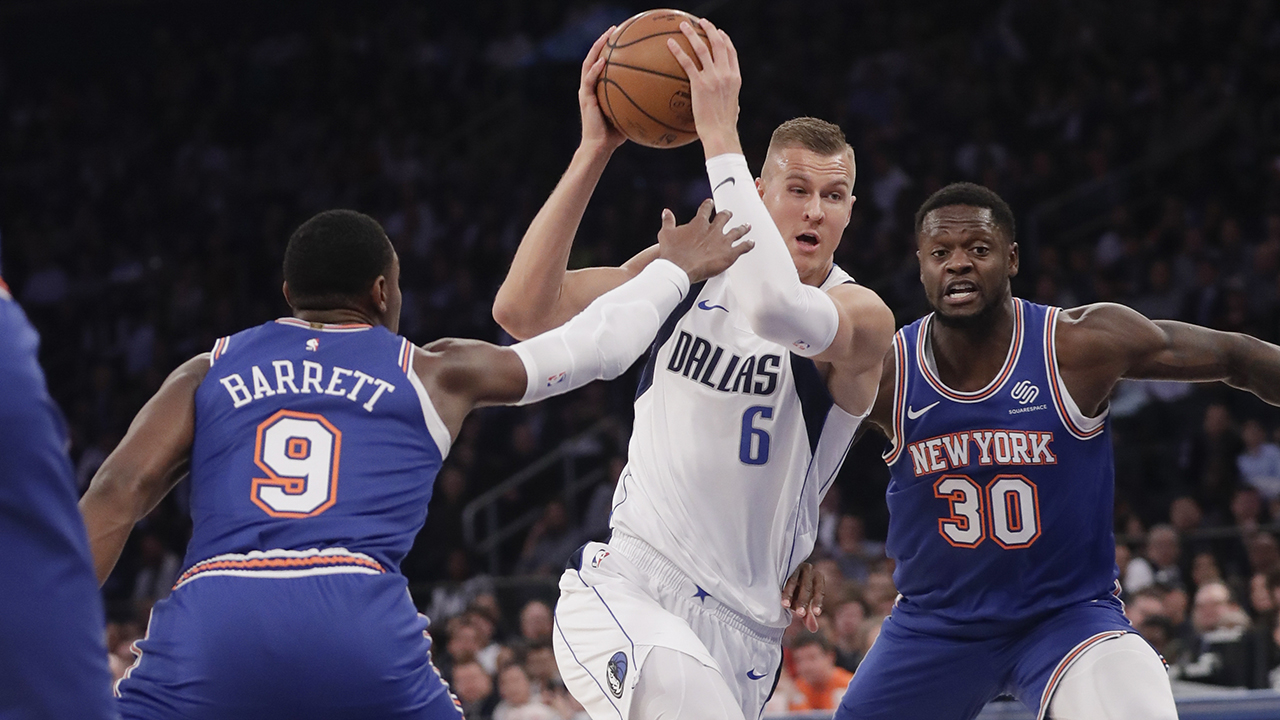 Kristaps Porzingis returned to Madison Square Garden on Thursday night to a chorus of boos as he got set to play the New York Knicks for the first time since he was traded to the Dallas Mavericks.

Knicks fans booed Porzingis during the starting-lineup announcements and, according to The New York Times, fans were calling him a “traitor” and telling him to “go back to Latvia.”

“I wouldn't say it affected me,” he said. “I heard it of course. It was pretty loud. But I tried to play my game, stay focused and not think too much about what's going on on the outside.”

Porzingis hadn’t played a game for the Knicks since Feb. 6, 2018. While he was rehabbing the injury, New York dealt him to Dallas in a blockbuster trade last season after Knicks management said he told them in a meeting that day he didn’t want to stay with the franchise.

ANDRE IGUODALA'S ABILITY TO GUARD LEBRON JAMES MAY KEEP HIM AWAY FROM LAKERS: REPORT

Porzingis declined to talk about what caused the frayed relationship between himself and the organization, which made him understand why he received the reception he did.

“It's what they know. It's what they've heard,” he said. “It is what it is. We came here to win a game and we're frustrated we didn't get it done.”

Porzingis’ returned was spoiled by the Marcus Morris-led team. Morris nailed the game-winning basket with a few seconds left to put New York up.