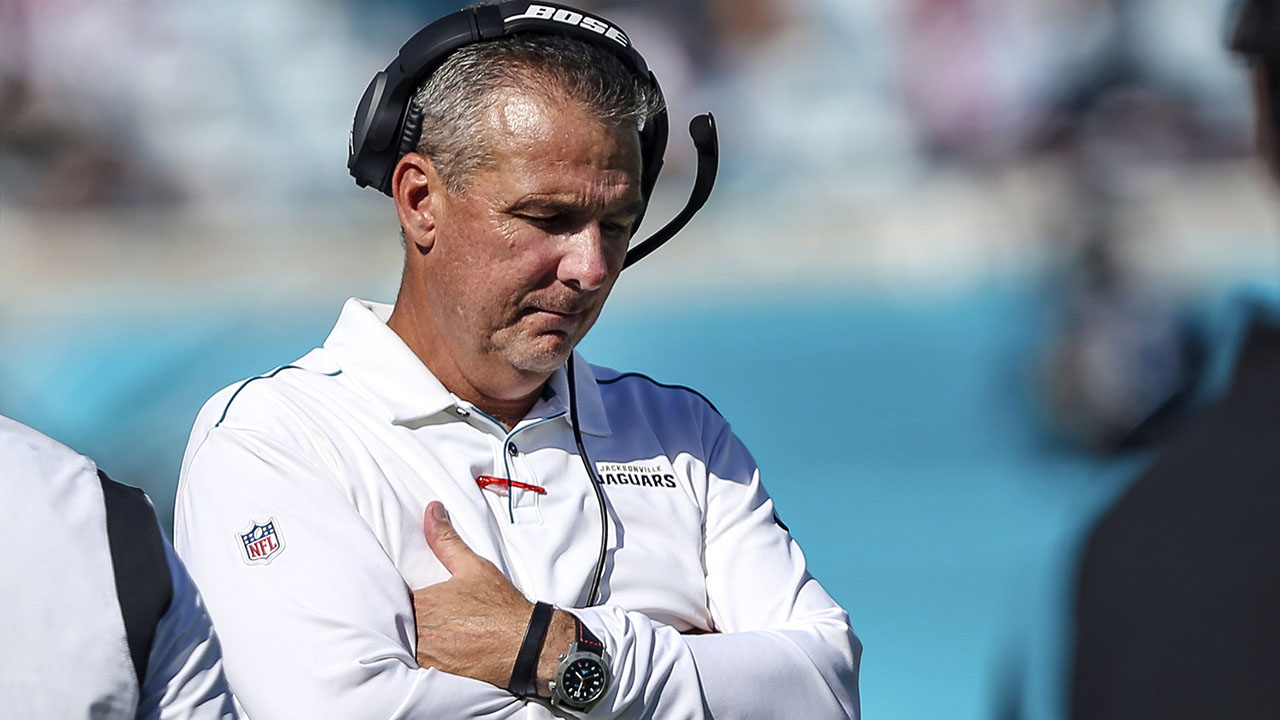 The Jacksonville Jaguars fired Urban Meyer barely one season into his lucrative contract with the team.

The Jaguars and the former Ohio State football coach reportedly agreed to a five-year contract in January and promoted the "new era" the franchise was entering. Meyer, who was wildly successful at the college football level, went through misstep after misstep in the offseason through the regular season.

It all culminated in a 20-0 loss to the Tennessee Titans on Sunday followed by allegations from former kicker Josh Lambo accusing Meyer of kicking him during practice.

Jaguars team owner Shad Khan ended up firing Meyer early Thursday even with a lot of money still owed to the coach. It appears the Jaguars will be paying Meyer to stay far away from the organization for years to come.

The contract terms were not released when his deal was announced at the beginning of 2021. Pro Football Talk reported Meyer was seeking about $12 million per year, which would mean the total value of the contract could be around $60 million with the Jaguars possibly on the hook for about $48 million more.

The Jaguars only played 13 games under Meyer and were 3-10 in that span.