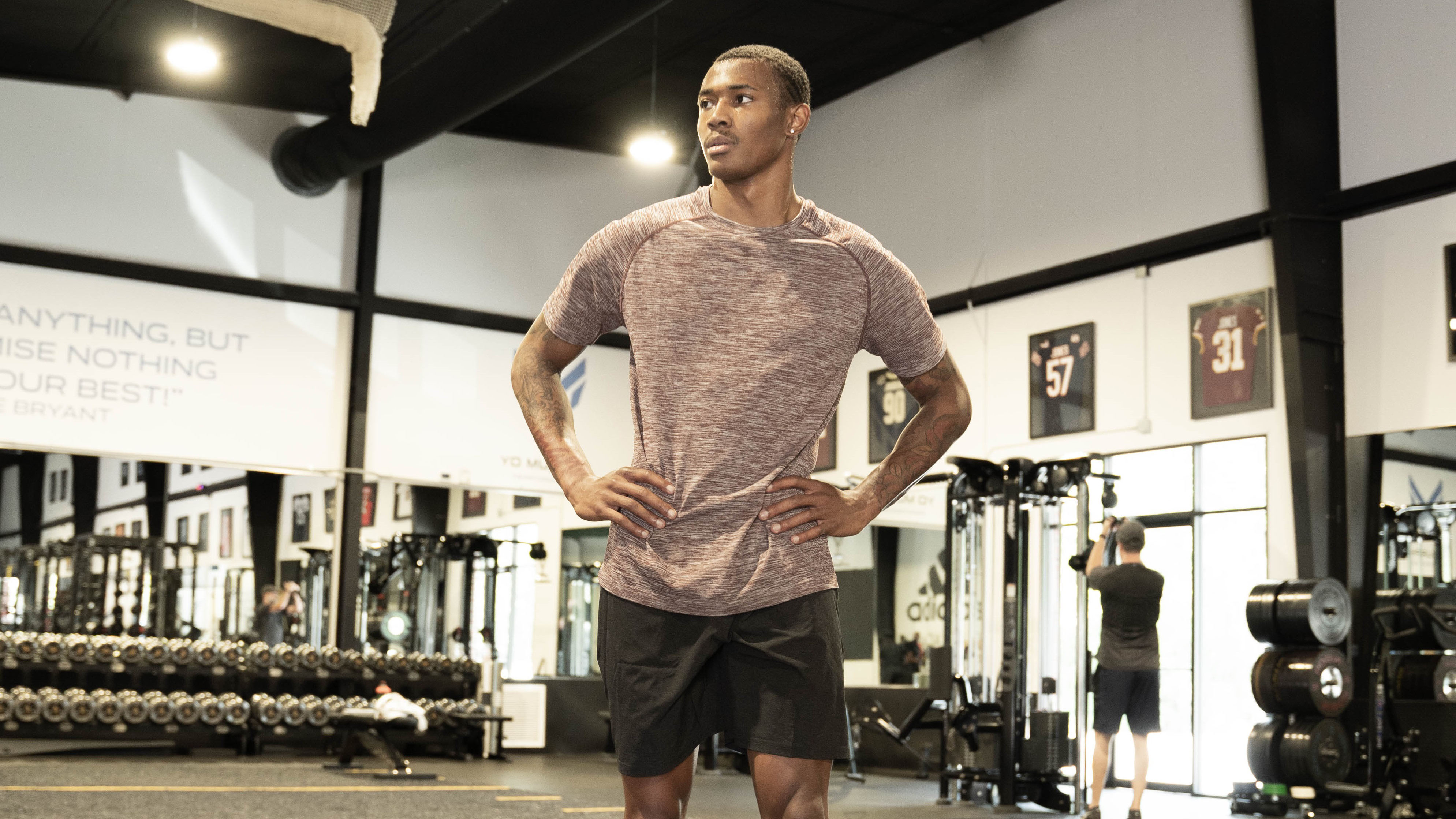 Two-time College Football National Champion and 2021 Heisman Trophy winner DeVonta Smith is breaking the mold for professional athletes before his name is even called on the big stage next week, after announcing in an interview with Fox News that he’s partnering with Dick's Sporting Goods as a brand partner for their new men’s apparel line.

The former Crimson Tide wideout spoke with Fox News about his partnership with VRST, a new athletic line by Dick's Sporting Goods that caters to today’s active male and why he choose this partnership over other major brands that athletes typically flock to, like Nike or Adidas.

"With VRST, it was honestly the clothes," he said in a phone interview. "When I first tried it on, it was comfortable. I felt good in it and it’s all about the style, the comfort and performance."

Smith, who will take the stage next week after hearing his name called during the 2021 NFL Draft in Cleveland, explained that the clothing line suits his versatile lifestyle.

"The clothing -- on the field, off the field, whether it’s a business meeting or me just sitting at home being comfortable -- I felt comfortable in it no matter what it was … It’s going to be a major, major thing for years to come," he said.

The 22-year-old became the first receiver to win the Heisman since Desmond Howard did it in 1991 and the fourth overall. He earned two National Championships with the Crimson Tide and recorded his best season in 2020 when he made 105 catches for 1,641 yards and 20 touchdowns.

"DeVonta’s elevated sense of style and electrifying performance on the field are an ideal representation of what VRST offers men who demand both style and performance from the clothes they wear," Dick's Senior Vice President and Chief Marketing Officer Ed Plummer said in a statement to Fox News.

"We are thrilled to have DeVonta on the VRST team and look forward to watching him thrive on and off the football field."

Smith is one of the top receivers heading into the draft, but his exact position has been difficult to project. His size, at 6-foot-1, 175 pounds, has reportedly been cause for concern for some teams, but Smith brushes that sentiment right off.