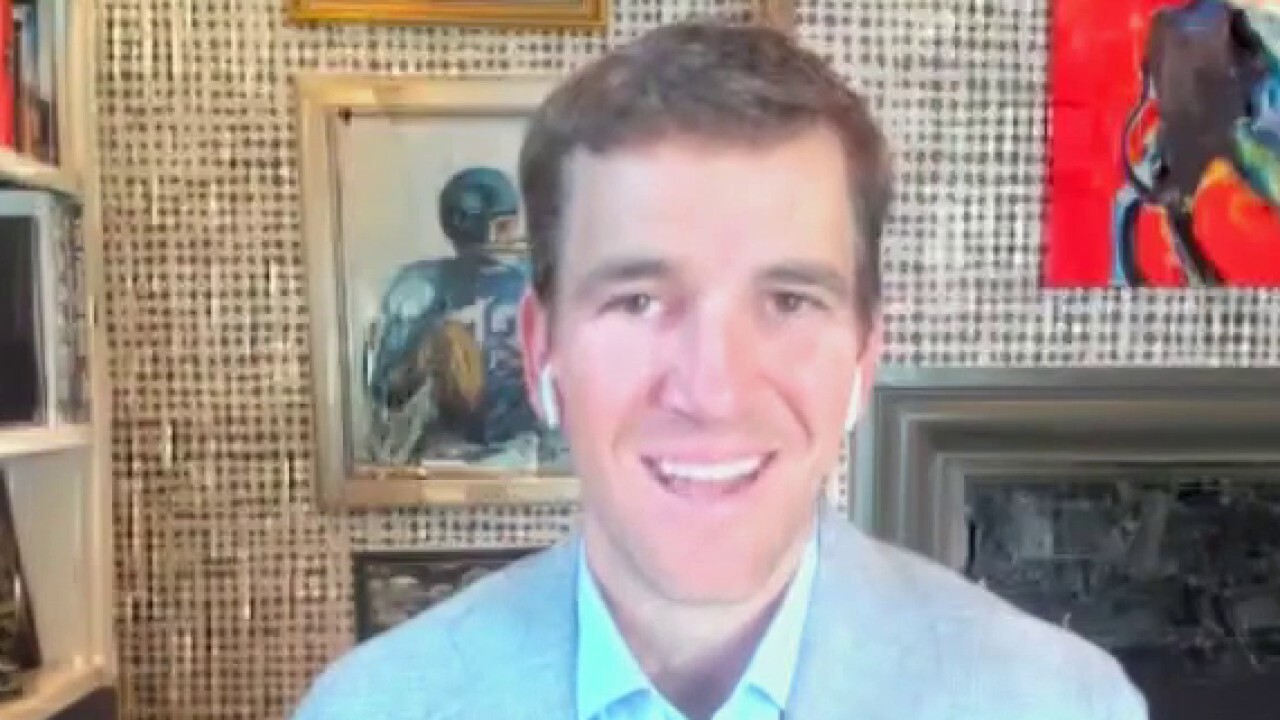 Eli Manning on NFT digital art line up for auction

NFL legends Eli and Peyton Manning are putting eight NFTs on the auction block with proceeds going to charity.

Eli Manning and his brother Peyton Manning will launch their digital art non-fungible token (NFT) collection on Friday, with the proceeds going to charity.

The NFTs will be featured on MakersPlace and the digital pieces were created by JK5 and former baseball player Micah Johnson. There will be eight pieces in the collection which will pay tribute to the football legacies the Manning brothers left on the field during their playing careers.

The New York Giants legend talked about the NFT line in an interview on FOX Business’ "Varney & Co."

"I think now, in the world of technology, it’s a lot easier to show people things that you own. And really you just look at it as an alternative asset. It’s a way to invest in alternatives and this is kind of a new form of that," Manning told host Stuart Varney on Thursday.

Manning said he was unsure how much money to expect at the auction.

"This is new for me also. This whole NFT world is not something that obviously has been around too long. It has been around for a few years. I feel like in the last six months or so it’s really taken off and it’s been a learning experience for me as well," he said.

"I think it’s a way to reflect on our careers and kinda pick several special moments in our world of football and our careers in football that we could have someone draw. It’s going to be some of us individually, some of Peyton and I together, some of us with our charitable works that we’ve done. It’s something people can collect and [we] get to really tell our story of our football careers through art and through some of these animated NFTs."

Both Mannings had stellar NFL careers. The brothers each won two Super Bowls and Peyton Manning was on top of a few statistical categories when he retired.