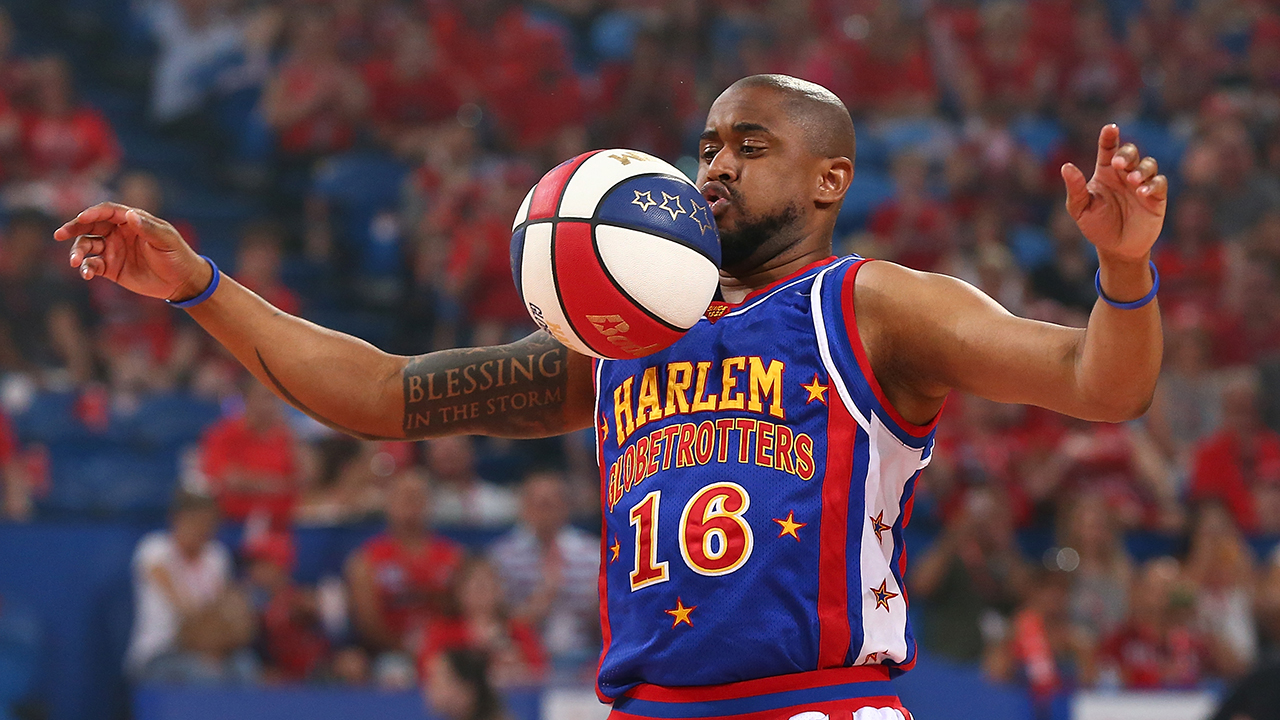 The Harlem Globetrotters threw their hat into the ring to become the NBA’s next expansion franchise.

The Globetrotters penned a letter to the NBA on Monday petitioning the league and Commissioner Adam Silver to become the next franchise.

"Congratulations on growing into a multi-billion-dollar industry with international endeavors and huge media deals. We've kept our heads down and focused on what means the most to us - world class basketball showmanship, uniting families and spreading joy of the game," the letter read in part.

"So, if you really believe what you've been saying about social justice, going back to 'normal' needs to look different. You can't just act like we don't exist anymore. It's time to right the wrongs and rewrite history. It's time for the NBA to honor what the Globetrotters have done for OUR sport, both here in the U.S. and around the globe.

"Based on what we've already proven, we can field a team of talent on par with the pros of today, and we want the chance to do that. As a world renowned and legendary professional basketball team, we petition Commissioner Adam Silver, the NBA governors and the powers that be to grant The Original Harlem Globetrotters an NBA franchise. Not now, but right now!"

The organization cited how integral the Globetrotters have been to the NBA and for the game of basketball and noted that their team defeated the Lakers in 1949 – the last time they played any NBA team.

The Globetrotters urged the NBA not to forget who "helped the NBA get it all started."

"As an organization whose storied history is already tightly interwoven within that of the NBA, the Harlem Globetrotters are looking for a long overdue seat at the table. Our players were instrumental in the integration of the league dating back to 1949. We stood proudly as our players were recruited by NBA teams," Munn said in a statement.

"Now, after years of attracting the best Black players, it’s time the NBA recognized our contribution to the game. With the league already considering an expansion, the time has come. The Harlem Globetrotters stand ready to negotiate a franchise."

Mostly known as an exhibition basketball team to casual fans, the Globetrotters were an integral part of the NBA’s integration. Chuck Cooper, a Globetrotters great, was the first player to be drafted in the NBA and Nat "Sweetwater" Clifton became the first Black player to sign a contract in the NBA.

Wilt Chamberlain, Connie Hawkins, Curly Neal, Meadowlark Lemon and Marquis Haynes are among the big-time players who played for the Globetrotters.

NBA expansion seems to be on the table as Las Vegas and Seattle appear to be at least two cities in contention. Silver said in December that officials would consider expanding the league and in January that an expansion fee could be set at around $2.5 billion.