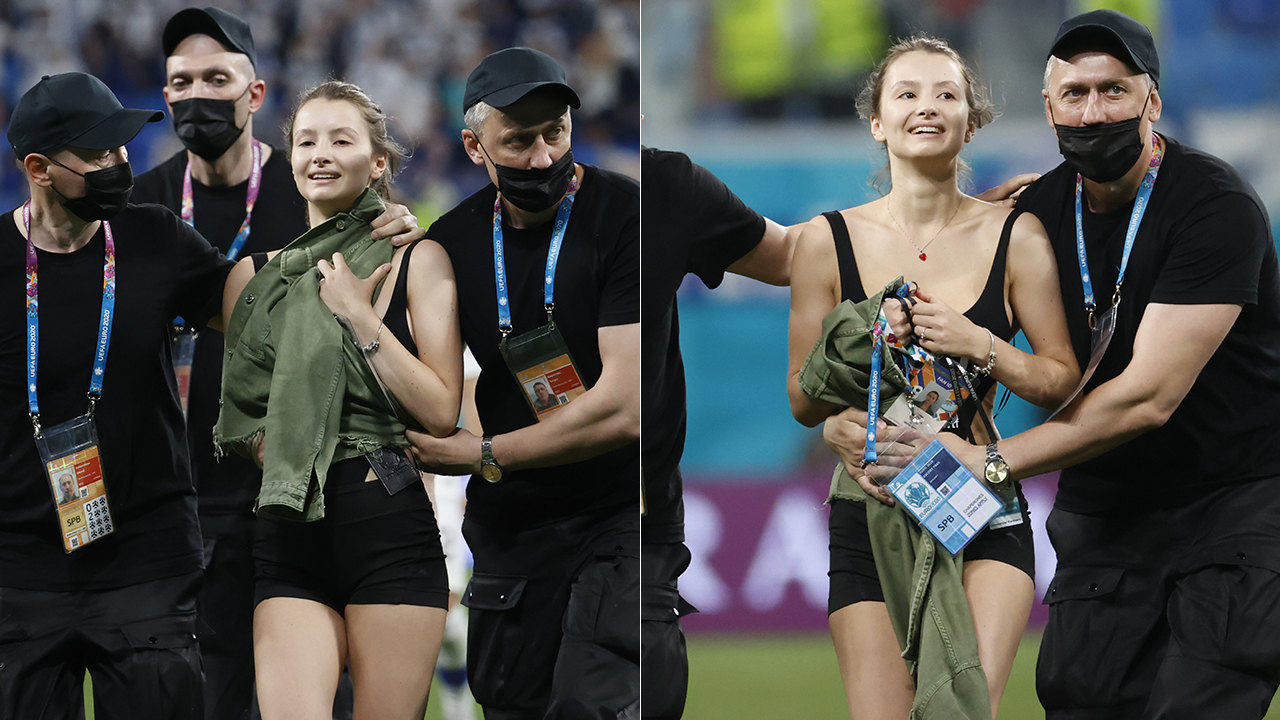 A Euro 2020 match between Belgium and Finland was briefly halted Monday as a scantily clad woman invaded the field advertising a cryptocurrency.

The woman had WTF Coin emblazoned across her top and nearly made it to the middle of the field before security at the stadium in St. Petersburg, Russia, stopped her and got her off the pitch.

WTF Coin appeared to hit some cryptocurrency exchanges in the wake of the Dogecoin surge earlier this year. According to the website that was advertised on the woman’s get-up, the mission of WTF Coin creators is "to build a legendary community that will buy its own WTF Island with blackjack and w----s to escape from zombie apocalypse."

The website features a slideshow of different memes that had been made popular on the internet over the last decade. The coin appeared to have just been created earlier this month as prices for Bitcoin and Dogecoin plummet over fears of regulations.

A woman that invaded the pitch is taken away by security during the Euro 2020 soccer championship group B match between Finland and Belgium at Saint Petersburg Stadium in St. Petersburg, Russia, Monday, June 21, 2021. (Anatoly Maltsev/Pool Photo via

The woman who invaded the field was not immediately identified.

Belgium won the match over Finland, 2-0.

Belgium’s Lukás Hrádecky was credited with a score in the seventh minute thanks to an own goal from Finland. Seven minutes later, Romelu Lukaku gave the Belgians a clear advantage with his score.