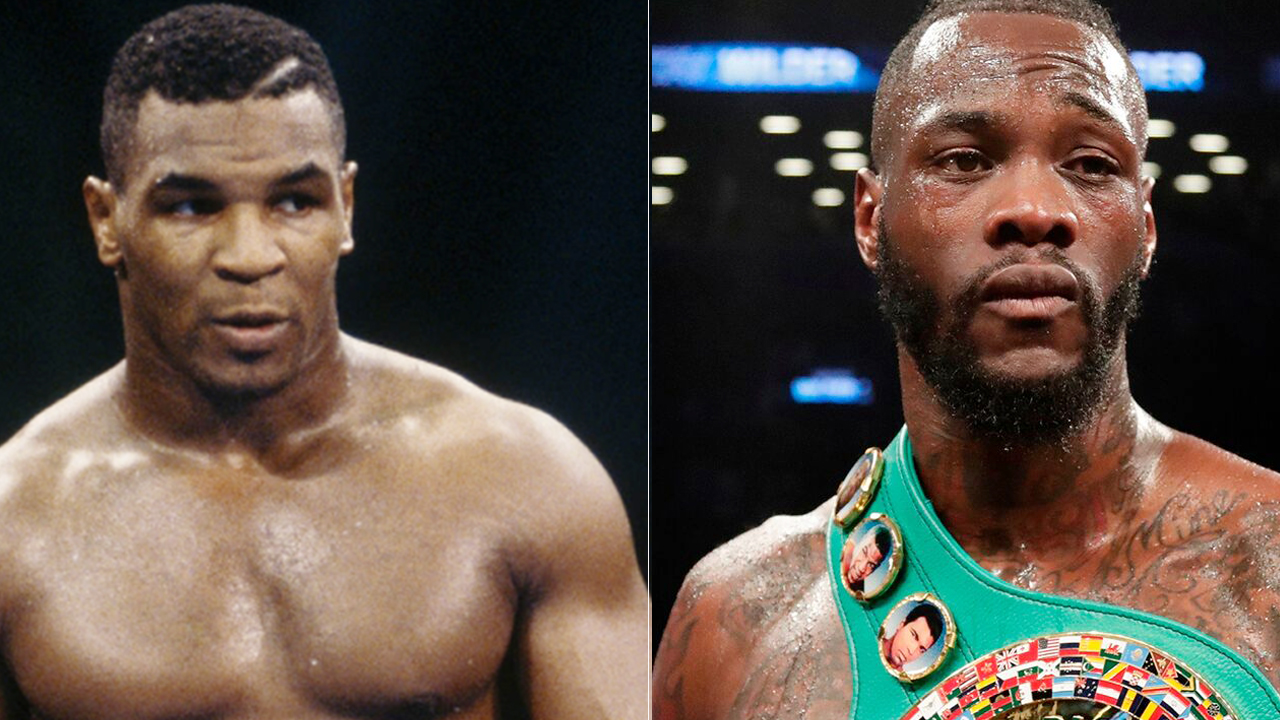 Heavyweight champ Deontay Wilder gets emotional over love for the sport

Boxing is having a comeback says Brooklyn Sports & Entertainment CEO Brett Yormark. Ahead of WBC heavyweight champion Deontay Wilder’s big fight against Luis Ortiz, Wilder and Yormark talk about the future of the sport.

Deontay Wilder retained his heavyweight title in a bout against Luis Ortiz on Saturday and his dominance in the ring has drawn comparisons to Mike Tyson.

While Tyson was known for his quick hands during the time he dominated the sport, Wilder said his right hand was deadlier than Tyson's and Muhammad Ali's.

“I am the hardest-hitting puncher in boxing history, period,” he told TMZ Sports on Tuesday, adding that the naysayers need to “let [the past] go.”

Social media lit up when Wilder knocked Ortiz down with a straight right hand to his opponent's head and while fans were stunned from his performance Wilder said it’s not the hardest hit he’s landed.

Wilder said that he thought he killed Artur Szpilka during their 2016 fight.

“Man, I think the [Artur Szpilka] fight still tops it,” he said. “Just the way that he landed and I really didn't see him breathing ... at all. I didn't see him start breathing until his girlfriend came over and he finally woke up.”

Wilder moved to 42-0-1 with the win over Ortiz, setting up a rematch with Tyson Fury next year. Wilder made at least $3 million from the Ortiz fight and is expected to make much more when he faces Fury. The last bout with Fury ended in a disputed draw.

George Foreman told TMZ Sports earlier in the week that he believed Tyson still hit harder than Wilder, but the Bronze Bomber responded to Foreman’s claim.

“I had some people sitting by Mike [at my fight]. Mike gave me some praises, which I wish he would have said in public. Behind closed doors is cute and s—t but out in public? Just express yourself.

“I don't know what the deal is with the old generation, new generation. Like, the old is the past, bro -- let it go.”