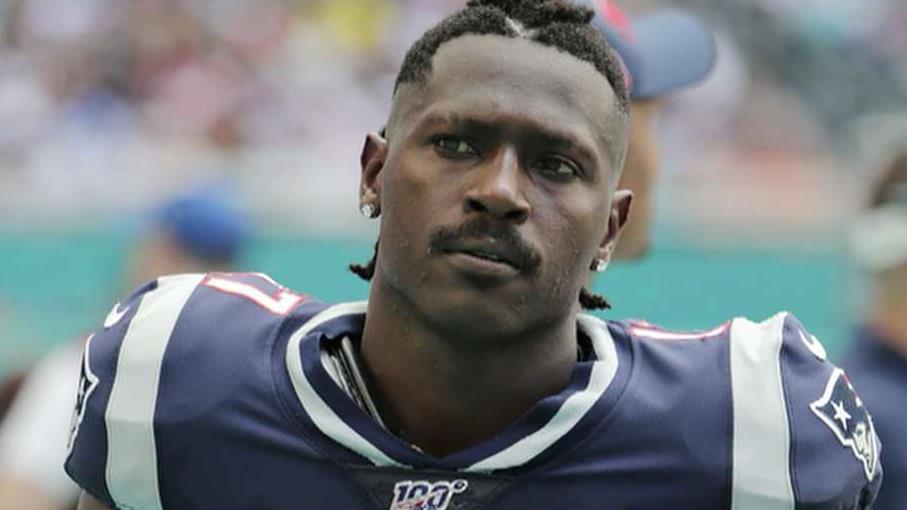 Following sexual assault allegations Antonio Brown has been released from the Patriots.

Police in Hollywood, Florida are investigating an incident at the home of troubled NFL star Antonio Brown, according to multiple reports on Tuesday.

Officers are "actively working" on obtaining a warrant for Brown's arrest on felony battery and burglary charges, but he is not yet in custody, TMZ reported. The incident reportedly stemmed from an altercation involving a driver from a moving company.

At least one person at the scene appeared injured, according to the report. Brown's trainer, Glen Holt, was arrested and charged with a count of burglary with battery.

The incident is not believed to be domestic in nature, police sources told ESPN.

Further details on the situation were not immediately available.

WILL TOM BRADY RETURN TO PATRIOTS? HERE'S WHAT VEGAS THINKS The incident occurred just days after the Hollywood Police Department responded to a domestic dispute between Brown and a former girlfriend. Brown live-streamed the altercation on his social media accounts and directed explicit remarks at both the woman and responding officers.

Brown's actions prompted the Hollywood Police Department to return a donation he had made to its seven-on-seven football league and cut ties with the NFL star.

"We made the decision to sever ties between Mr. Brown and the Hollywood Police Athletic League," public information officer Christian Lata said in a statement. "We did not want our youth to be subject to this type of behavior nor emulate the actions of Mr. Brown."

Earlier this month, NFL agent Drew Rosenhaus severed business ties with Brown. Rosenhaus said in a letter obtained by the NFL Players Association that he would continue working with Brown if he “gets help,” according to a report by ESPN’s Adam Schefter, who cited a union source familiar with the matter. It’s unclear what type of counseling Brown was urged to consider.

Brown had a tumultuous offseason, forcing a trade from the Pittsburgh Steelers to the Oakland Raiders and then demanding his release following clashes with management. The New England Patriots signed Brown, only to release him after one game after multiple women accused him of sexual misconduct. The NFL's investigation into the allegations has yet to conclude.