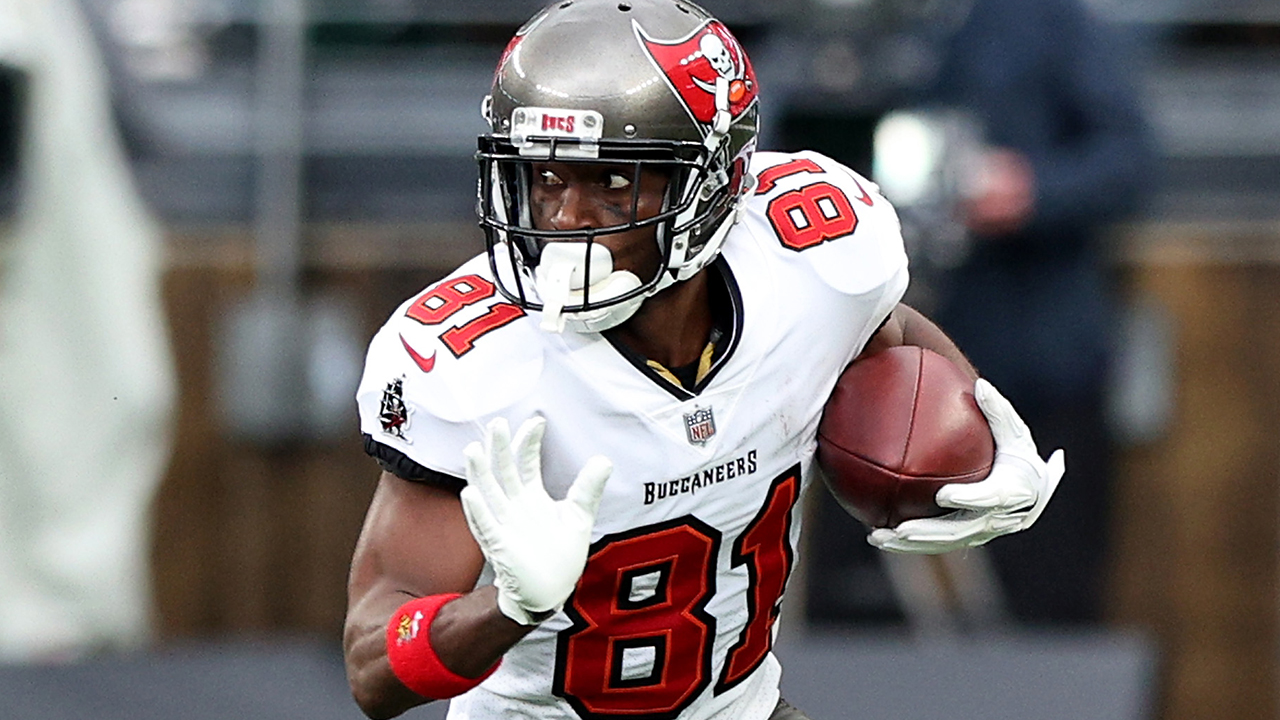 Antonio Brown’s meltdown during the Tampa Bay Buccaneers’ comeback win over the New York Jets on Sunday appeared to end up hitting him in the wallet the most.

Not only did Buccaneers coach Bruce Arians tell reporters after the game that Brown is "no longer a Buc," the star wide receiver who scored a touchdown in Super Bowl LV for the team missed out on several contract incentives with his season ending early.

Spotrac detailed what Brown needed to earn those contract incentives. He signed a 1-year, 3.1 million guaranteed contract with Tampa Bay in the offseason.

He needed eight more receptions, 55 more receiving yards and another receiving touchdown to hit three separate bonuses that would have earned him $333,000 each.

Brown had three catches for 26 yards and was targeted five times. It’s unclear what sparked the outburst on the sideline that left the wide receiver to walking off the field.

Antonio Brown of the Tampa Bay Buccaneers warms up prior to the game against the New York Jets on Jan. 2, 2022, in East Rutherford, New Jersey. (Elsa / Getty Images)

Tom Brady would lead the Bucs on a comeback to beat the Jets, 28-24, in the end.

Brown, who played just six games this season, returned in Week 17 after overcoming an ankle injury this week but with just minutes left in the third quarter, he strangely took off his jersey and shoulder pads and threw the rest of his gear into the stands before exiting the field.

In recent weeks, Brown was suspended for supplying the league a fake vaccination card and then was injured at different points during the season. The Buccaneers defended Brown since he joined the team in 2020, following an eight-game suspension, but this incident appeared to be the last straw.