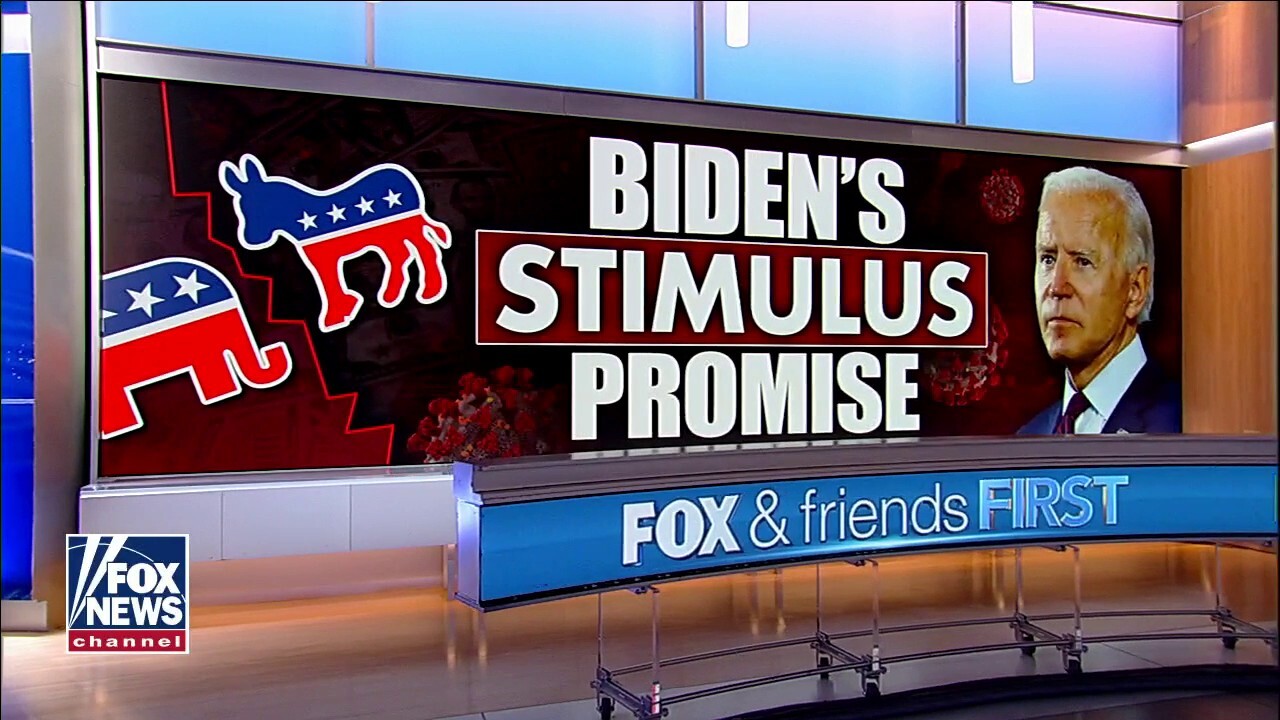 The old saying goes, “with great sacrifice comes great reward” and it is no secret that over the past year, Americans everywhere have made great sacrifices to keep our families and communities safe. However, the hardworking men and women across the country have reaped anything but great reward as Democrat lawmakers have forced overreaching shutdown mandates upon our nation’s small businesses.

Shutting down a six-table restaurant while allowing thousands of people to walk into Walmart isn’t sound health policy, and fining small businesses for refusing to die quietly isn’t a “tough but necessary decision.” These are veiled attempts by the Democrats to appear responsible without having to tangle with corporations that wield powerful connections and high-priced legal teams.

As we quickly approach Joe Biden’s inauguration on Wednesday, Republicans must stand up to the Democrats’ overbearing policies that are suffocating our nation’s small businesses.

As the new Ranking Member of the House Small Business Committee, my advocacy for small businesses begins with the renewed authorities under the Paycheck Protection Program. Access to PPP, other Small Business Administration programs, and traditional credit avenues are critical to the survival of small businesses, and these issues will continue to be my top priorities.

PPP ROUND 2 UNDERWAY: WHAT TO KNOW

However, credit can only go so far when the regulatory deck is stacked against you. Committee Republicans will perform constant oversight to ensure government policies do not disproportionately impact small businesses or hamper the growth of the communities that depend on them. These policies, not public statements or hollow promises, illustrate the true priorities of regulators.

This past fall, a report by the University of California Santa Cruz showed that nearly 1,500 American small businesses were forced to close every day due to government-mandated shutdowns. From restaurants to bowling alleys to barber shops, millions of Americans lost their jobs in 2020 with the stroke of a pen.

Not long after the study was released, California Governor Gavin Newsom, who has since banned indoor and outdoor dining in the state, was photographed dining at an upscale restaurant mask-less and in close proximity to the others.

In November, Denver Mayor Michael Hancock insisted that his constituents do their part to slow the spread by avoiding travel. Just hours after posting his plea, the mayor was spotted boarding a flight with his family to Mississippi.

And, of course, who could forget Speaker Pelosi’s infamous San Francisco salon visit where she forced the business to violate local ordinances and open its doors so she could get her hair done. Then, after the video went viral, the Speaker refused to take responsibility for her actions and instead demanded the struggling salon owner apologize for releasing the video.

While the disregard for rules implemented by the so-called “expert class” that runs these blue cities and states is infuriating, it remains clear that lockdowns have little-to-no positive effect on health outcomes.

With respect to non-COVID related public health, many health experts have advised us that quickly returning to normal life was essential to the American public’s well-being.

Studies by Ralph L. Keeney in the New England Journal of Medicine show that one additional death occurs when we lose anywhere from $10 million to $24 million in U.S. incomes.

If you were to average that out to $17 million in collective total income lost, it would translate to 65,000 American lives lost each month due to the economic fallout from shutdown enforcement. Those are not lives lost to COVID – they are lives lost due to substance abuse, crime, suicide, and other health care needs.

Additionally, a study by the University of Zurich found that 1 in 5 suicides are related to unemployment, an alarming reality for regions that have been shut down for nine months now.

The American people have made their sacrifices, and they deserve the opportunity to contribute to our society.

Public officials are quick to praise small businesses as the engines of our economy. It’s time they start treating them that way.

The Democrats who are running these cities and states must come to the table to provide sensible policies to safely reopen our nation’s small businesses – a sacrifice for few, a reward for many.