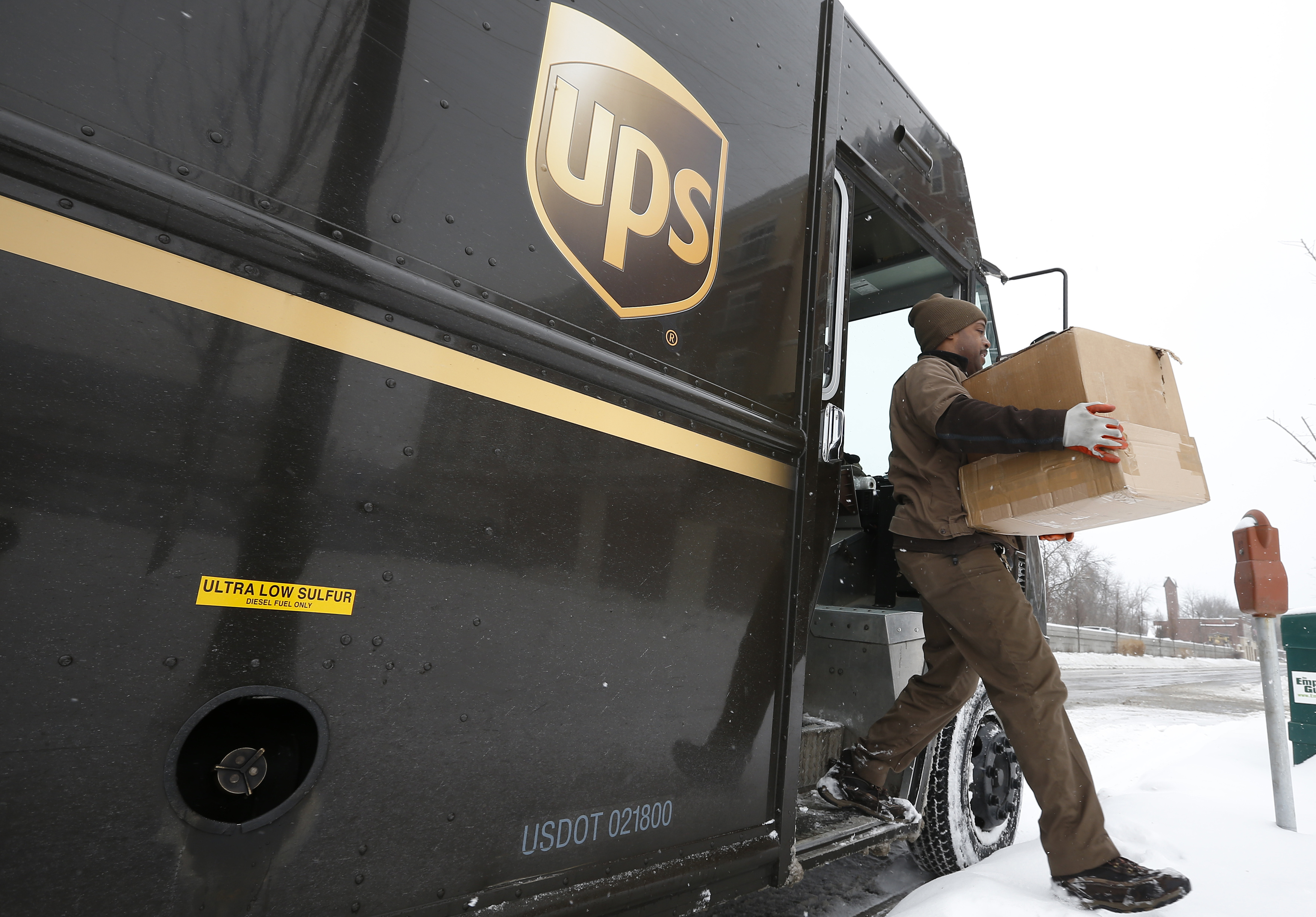 United Parcel Service Inc. imposed shipping restrictions on some large retailers such as Gap Inc. and Nike Inc. this week, an early sign that the pandemic-fueled online shopping season is stretching delivery networks to their limits.

The delivery giant on Cyber Monday notified drivers across the U.S. to stop picking up packages at six retailers, including L.L. Bean Inc., Hot Topic Inc., New Egg Inc. and Macy’s Inc., according to an internal message reviewed by The Wall Street Journal and confirmed by UPS workers in different regions. “No exceptions,” the message said.

BLACK FRIDAY HITS RECORD $9B IN US CONSUMER SPENDING

The move comes during a holiday season when retailers are increasingly dependent on delivery companies to move online orders as store traffic plummets during the coronavirus pandemic, a dynamic that has shifted power significantly. UPS and rival FedEx Corp. have raised prices and promised to hold merchants to volume agreements.

The temporary limits, which some drivers say they haven’t seen during previous holiday seasons, are a sign that UPS is metering the flow of packages into its network to preserve its performance during one of the busiest shipping weeks of the year. The National Retail Federation estimated that online shopping jumped 44% over a five-day stretch including Black Friday and Cyber Monday.

A UPS spokesman, without commenting on any customer-specific directive, said the company will pick up packages from customers whose demand exceeds allocated space once more capacity becomes available. Shipping levels tend to spike the week after Thanksgiving, then slip a bit until another big increase in the week before Christmas.

Some shipping consultants said they expected such limits would be imposed temporarily if retailers exceeded their allowance for packages. Earlier this year, delivery companies were overwhelmed as extra trailers full of parcels arrived at some facilities and waited to be unloaded due to the unexpected surge in e-commerce and employee unavailability due to the coronavirus.

FedEx and UPS both prepared their customers for tight capacity for this holiday season, as homebound shoppers, fearful of visiting stores due to the coronavirus pandemic, are stocking up on household essentials from online merchants at the same time the holiday shopping season kicks off.

The combination is expected to create a surplus of as many as seven million daily packages between Thanksgiving and Christmas, according to Shipmatrix Inc., a software provider that analyzes shipping data. FedEx’s big retail customers include Walmart Inc. while UPS counts Amazon.com Inc. among its biggest shippers.

Some retailers, meanwhile, continue to push for more orders. Walmart plans to offer free shipping on all online orders for members of its paid Walmart+ service. By removing a threshold of $35 for free shipping, the program will be similar to Amazon Prime.

A UPS spokesman said the company is working closely with its largest shippers to steer volume to locations with available capacity and making sure that large customers know how much room is available.

“It is critical that UPS and its customers execute the plans built through our collaboration,” a spokesman said. He said UPS also wants to maintain the network for other customers, including small- and medium-size business and for medical shipments, including Covid-19 vaccine distribution.

The limits imposed by UPS are a change from past holiday seasons, when the carrier had wiggle room to take on extra shipments, often at higher rates, from customers due to the addition of sorting capacity.

But FedEx and UPS for months have been processing packages at levels more common during the Christmas season and were preparing to layer another surge of orders on top of that. They have responded with restrictions on capacity and surcharges to offset higher costs from hiring tens of thousands of workers and renting extra equipment.

WALMART+ MEMBERS ARE GETTING AN EXTRA PERK THIS HOLIDAY SEASON

Data collected by analysts at Citi showed UPS’s average on-time performance during the week of Thanksgiving was 90.6% compared with 97.6% for FedEx. “We are sensitive to the potential for anomalies in our data and believe it’s too early to suggest UPS’s network is stressed,” analyst Christian Wetherbee said in a research report.

The UPS spokesman declined to comment on the data, but said that so far the company is pleased with how its network has performed when it has been handling record volume.

Some of the shippers whose pickups were restricted said there have been some delays due to the high number of online orders but that they were handling them well.

“We are happy with the performance of our parcel delivery network following the higher cyber week demand,” a Gap spokeswoman said. “Knowing the unique constraints the industry is facing this peak season, we worked with our carriers early on to collectively build a strategic plan of execution.”

An L.L. Bean spokeswoman said that while there have been delays for pickups at a few of its stores, UPS is “actively picking up packages from our warehouse facility and our retail locations daily.”

Nike, Macy’s and the other chains had no immediate comment.

FedEx said it has worked with its largest shippers to plan out daily volume. It has asked shippers to spread out promotions, including in October and November, and to also process orders for pickup during the weekend to limit the spikes. “We continue to work closely with our customers to manage their volume and help ensure we provide the best possible service,” a FedEx spokeswoman said.

Delaying pickups and metering capacity is one way to prevent delivery problems later in the peak season. “They are being very disciplined in what they pick up and that is what they need to prevent a collapse,” Shipmatrix President Satish Jindel said.

Some retailers are warning customers to shop early and expect longer delivery times this holiday season.

Abercrombie & Fitch Co. tells online shoppers to place their orders by Dec. 4 if they want items to arrive by Christmas using its standard shipping option. A spokeswoman said the early deadline is “to encourage early shopping given current challenges surrounding parcel capacity and associated delays” and the chain will reassess the date.