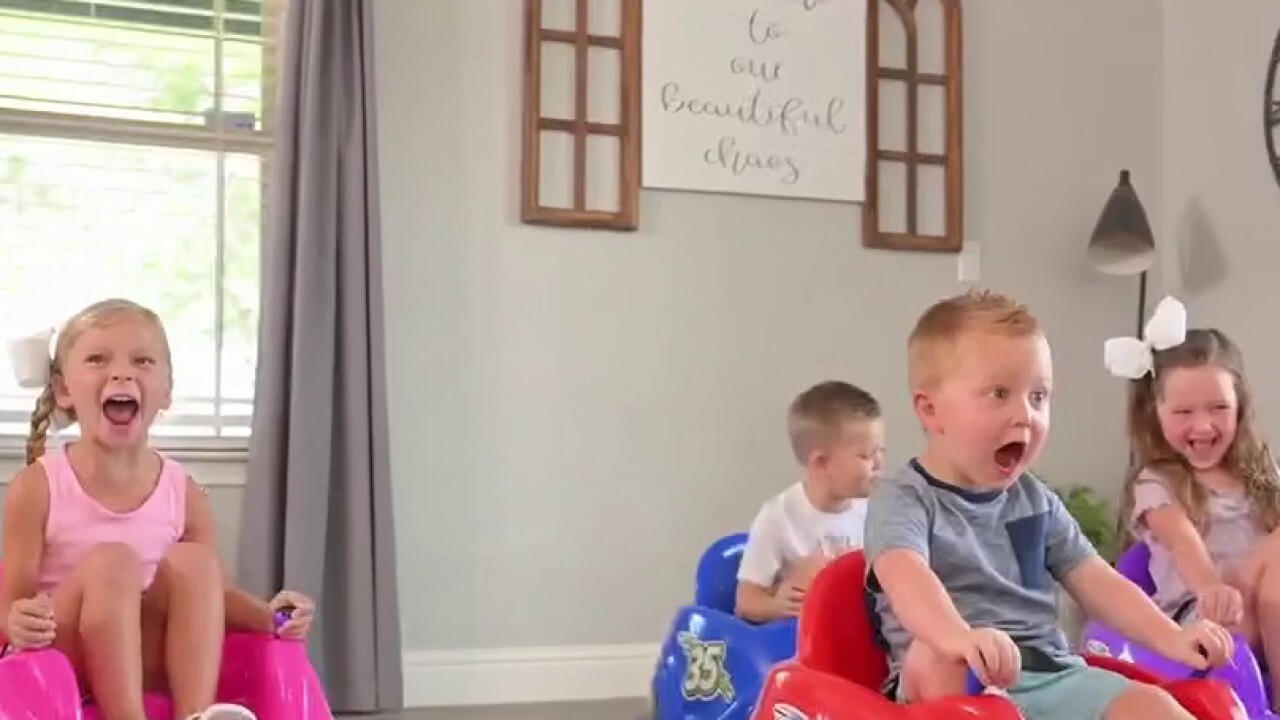 After shuttering its last two remaining stores in January in a failed relaunch, Toys "R" Us will attempt to make another grand return this holiday season with the opening of a new two-story flagship store inside the Bergen County, New Jersey, American Dream Mall.

The flagship store, which is set to open in mid-December with extended holiday hours, will span 20,000 square feet.  (WHP Global)

The flagship store, which is set to open this weekend with extended holiday hours, will span 20,000 square feet and allow customers to shop for their favorite toy brands, meet Geoffrey the Giraffe and participate in interactive experiences and product demonstrations. New branded elements that will be featured at the location include Geoffrey's café and ice cream parlor and a two-story slide.

A girl hugs the Toys "R" Us mascot, Geoffrey, at a store in a mall in Paramus, New Jersey, in December 2019. (AP Photo/Seth Wenig)

The store will be located near American Dream's Nickelodeon Universe theme park and DreamWorks water park.

WHP Global acquired a majority stake in Toys "R" Us in March as part of a last-ditch effort to revive the brand. Earlier this year, the company launched a digital flagship store at ToysRUs.com.

"American Dream is a one-of-a-kind unrivaled retail center featuring massive entertainment experiences that make it an ideal destination for families. Debuting our first Toys ‘R’ Us flagship here is a no-brainer," WHP Global and Toys "R" Us chairman and CEO Yehuda Shmidman said in a statement. "The Toy ‘R’ Us brand is big and growing fast."

American Dream CEO Don Ghermezian said the Toys "R" Us brand "sparks the same feeling of joy across multiple age groups" and is "the perfect addition to American Dream’s all-star lineup of entertainment properties and attractions."

Toys "R" Us has generated more than $2 billion in global retail sales annually through approximately 900 branded stores and e-commerce sites operating across 25 countries outside of the United States.

In addition to the American Dream mall location, WHP Global said in August that it will open more than 400 physical Toys "R" Us "shop-in shops" at Macy's department stores in 2022.