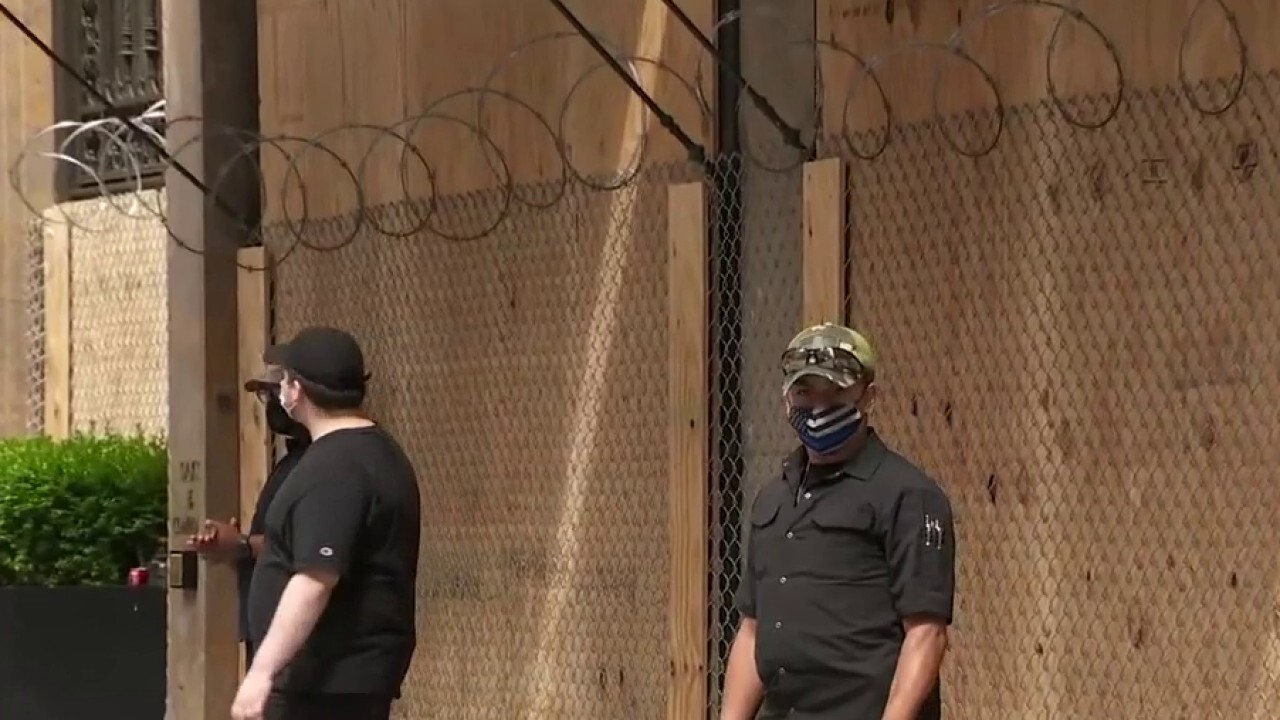 Merchants are protecting their stores against looting by hiring armed security, putting up barbed wire fences and boarding up windows to deter violence.

“The police are completely overwhelmed in some cases. It got to the point where employees are quitting, they don’t feel safe," Domenic Gallelli, a senior vice president at Philadelphia-based Ingage Security told FOX Business. "A vandal or someone who's looking to create destruction may not care, but for some of these business owners, their families live upstairs.”

Gallelli said his firm has taken on nearly a dozen new accounts from business owner associations and merchants in the Manayunk and restaurant-laden Italian Market neighborhoods of Philadelphia, many of whom are family-owned and are in the midst of recovering from the financial losses caused by the coronavirus pandemic economic standstill.

RETAILERS AND RESTAURANTS HIT IN PROTESTS, ADDING TO CORONAVIRUS DAMAGE

A report from the New York Post said that one New York City retailer has stationed armed guards inside its store to protect it in case of a break-in, but Gallelli advises against it. But there are exceptions for high-value materials, like jewelry.

A restaurant owner in Washington sweeps shattered window glass the morning after protests over the death of George Floyd. (AP Photo/Carolyn Kaster)

More than 24 cities in the U.S. have implemented curfews and the National Guard has been summoned in a dozen states and Washington, D.C., the Washington Post reported.

And as nonessential businesses start reopening, some independent business owners are grappling with not having insurance and recovering losses from property damage and inventory theft that could further derail their recovery.