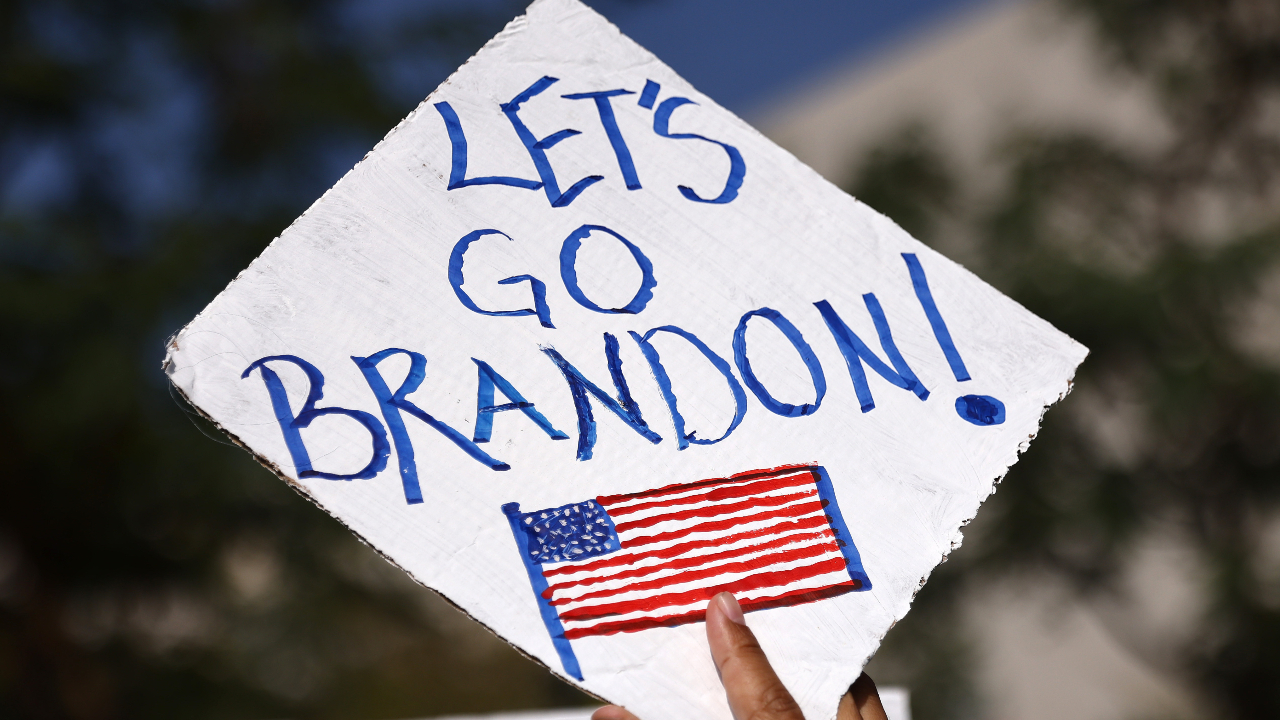 A "Let's Go Brandon" Store is now open in the Massachusetts town of North Attleboro, not far from the Rhode Island line.

The retail location sells "Let's Go Brandon" merchandise such as hats, shirts, and signs, according to WJAR-TV of Providence, Rhode Island.

A photo posted by the station shows the store's outdoor sign, which includes sets of auto-racing-style checkered flags.

Other retailers have also launched efforts to cash in on the phrase. In Minnesota, for example, the bakery at Palubicki's Family Market in Fosston offers "Let's Go Brandon" cookies, KVLY-TV of Fargo, North Dakota, recently reported.

The phrase became an internet sensation in early October after an NBC Sports reporter working at a NASCAR Xfinity Series race incorrectly reported that fans were chanting "Let’s go, Brandon!" following a victory by driver Brandon Brown, when they were really shouting, "F--- Joe Biden!"

Memes, jokes, and comments immediately began to spread across the internet posted by users – either mocking NBC’s coverage during the interview, or criticizing President Biden. Since then, profane anti-Biden chants at college football games and other events have sometimes been replaced by the less R-rated "Let’s go, Brandon" chants.

Tennessee state Rep. Gloria Johnson, a Democrat, tweeted last month that she believes the anti-Biden chant "should be equal to burning the flag."

Some Republicans, meanwhile, have embraced the phrase. For example, Florida Gov. Ron DeSantis last month chose the site of Brandon, Florida, near Tampa, for a bill-signing ceremony in a thinly veiled jab at the president.

It was unclear if there were any similar "Let's Go Brandon" stores opening in the Providence area.