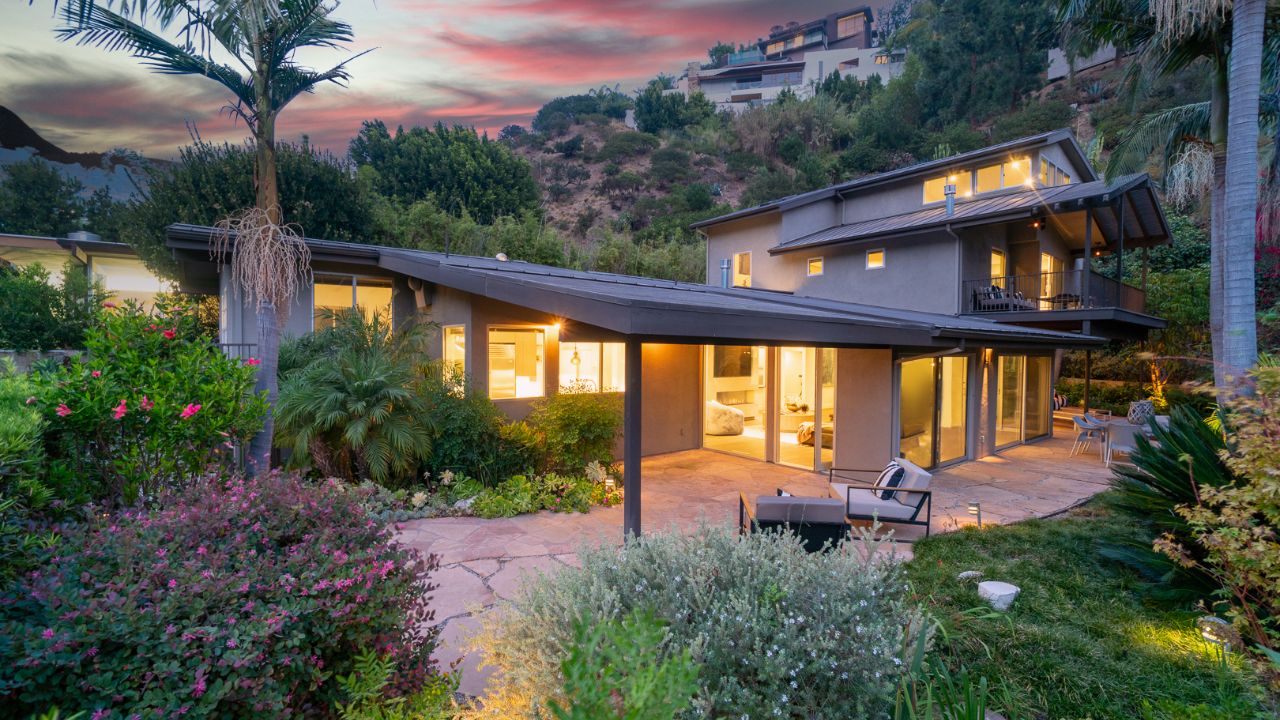 Rocker Billy Duffy is ready to say goodbye to his “sanctuary” as he just listed his Los Angeles home for sale.

Duffy, best known as the lead guitarist in British band The Cult, is asking $3.795 million for the Mid-century home in the Hollywood Hills.

The 3,826-square-foot home includes four bedrooms and four bathrooms, according to the listing with Jourdan Lee Khoo, Joey Bachrach and Aaron Kirman of the Aaron Kirm Group team at Compass.

Billy Duffy of British band The Cult has listed this Los Angeles home for $3.8 million. (Mo Worth Media/Compass)

Built in 1955, the home has been fully renovated. The great room features vaulted beamed ceilings and a fireplace and opens to the dining space and the clean modern kitchen, which has a breakfast bar.

Upstairs, the luxurious master suite includes a sitting area with a fireplace and a private balcony. It also has a large walk-in closet and a bathroom with a separate soaking tub and shower plus dual sink vanities.

The 1955 Mid Century home has been fully renovated. (Mo Worth Media/Compass)

The home also features amenities like an elevator and a gym.

There’s also a room with a separate entrance that can be used as a guest room, office or studio, the listing suggests.

The home has two fireplaces, an elevator and a gym. (Mo Worth Media/Compass)

Duffy, who recently became engaged to former British “Real Housewives” star Leilani Dowding, listed the home as he plans to spend more time in the U.K., according to a representative.