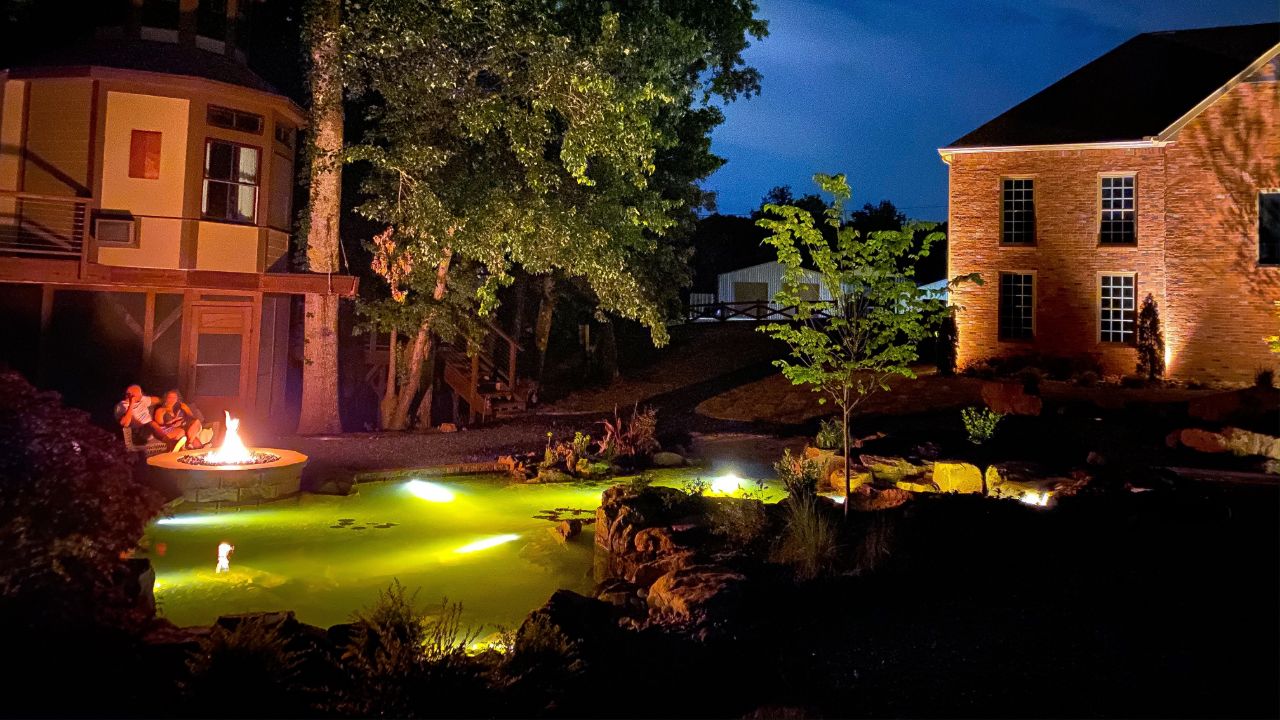 A team of experts recently installed a huge koi pond at the Atlanta home of Basketball Hall of Famer Shaquille O'Neal.

The Shaq-sized water feature includes an 80-foot stream, six waterfalls, 180 tons of stone and a 22-by-50-foot pond with a sandy beach entry and a fire pit on one side, according to Greg Wittstock, the owner and CEO of Aquascape who's also known as "The Pond Guy."

The pond was built between the 8,600-square-foot home and a large treehouse that was installed for an episode of Animal Planet's "Treehouse Masters" about two years ago. Wittstock showed off the finished product in a YouTube video.

"It's awesome, brother," Shaq says in Wittstock's video. "You did a wonderful job."

Shaq isn't the only homeowner with a new koi pond. Wittstock said Aquascape, his Illinois-based business, has had a tremendous surge in business as the coronavirus pandemic has kept people at home.

"We cannot keep up," he said. "We're working 12-hour shifts six days a week, and I've got everybody and their kids working for me."

Others in the koi business said they’ve also had an uptick interest. Mike Rice, the president of Mt. Parnell Fisheries in Mercersburg, Pennsylvania, told FOX Business the coronavirus had reversed a downward trend.

"I feel that the hobby … was beginning to decline domestically prior to the COVID pandemic, but with more people getting into DIY projects there has definitely been an uptick this past spring/summer," Rice wrote in an email.

Even Google search data show that there were more searches for "koi" in May and June than any other time in the past five years.

Wittstock said he believed people have been looking to create “an escape” at home to help counter the stresses the pandemic has caused.

“I think they just want the peace and tranquility and serenity that a water feature provides,” he said.

It’s a drastic turn compared to the last major economic downturn. The 2008 financial crisis saw a dramatic drop in business. This time, “We had one week in March whenever everybody was in limbo and then it was an explosion,” Wittstock said.

Most of Aquascape’s business is not large projects like the water feature for Shaq, although Wittstock, who was also the star of the Nat Geo Wild reality series “Pond Stars,” said they do about one large-scale project each year, often for a celebrity client.

Aquascape sells all the pumps, filters, fish and plant care items and other goods one would need for a backyard water feature. A more typical setup for a new client would be an 11-by-16 ecosystem pond, an 8-10-foot stream and a 2-foot waterfall, all with filtration, pumps, plumbing, liner and stonework. A project of that scope would often run somewhere between $10,000 and $12,000, Wittstock said.

The interest since April has been “unbelievable,” he said.