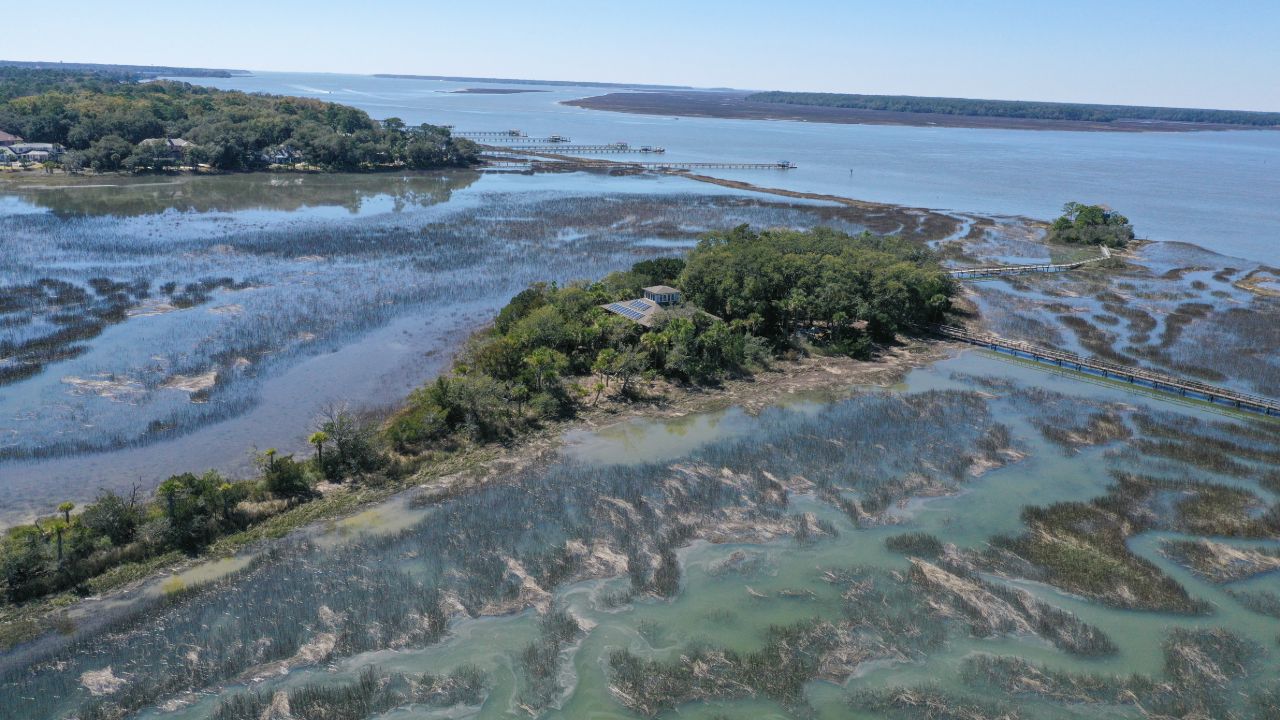 A private island listed for sale off Hilton Head, South Carolina, may look familiar to anyone who’s been dreaming up their travel plans while watching Netflix.

The 3-acre property now listed for $1.935 million was recently featured on an episode of Netflix’s travel real estate show, "The World’s Most Amazing Vacation Rentals."

This private island featured on "The World’s Most Amazing Vacation Rentals" is listed for $1.935 million. (Engel & Völkers)

In the episode, hosts Megan Batoon, Luis D. Ortiz and Jo Franco settle on the Lowcountry getaway named Old House Cay as a "budget" option after stops in the Bahamas and Alaska, and find themselves surprised at the luxurious-yet-rustic comfort they can get for just $500 per night (the property is now advertised for $624 per night on Airbnb since the show released).

The 2010-built home is hidden among the trees on this island accessible only by boat. It is off-grid and powered by rooftop solar panels plus a backup generator.

The 2010-built home is hidden among the trees on this island accessible only by boat. (Engel & Völkers)

The home features a wraparound porch and an outdoor shower. Inside, it has three bedrooms, three total bathrooms and a large open living space.

Sitting off the west side of Hilton Head Island, the property offers both sunrise and sunset views.

The property also includes spaces like a large bonfire pit and outdoor dining areas to make the most of the island life. But for many visitors – including the Netflix hosts – the highlight is a three-story observation tower on a separate island connected by a wooden walkway that also leads down to a private beach.

The property was listed for sale at $1.95 million in March and its asking price was cut to $1.935 million in June, records show.