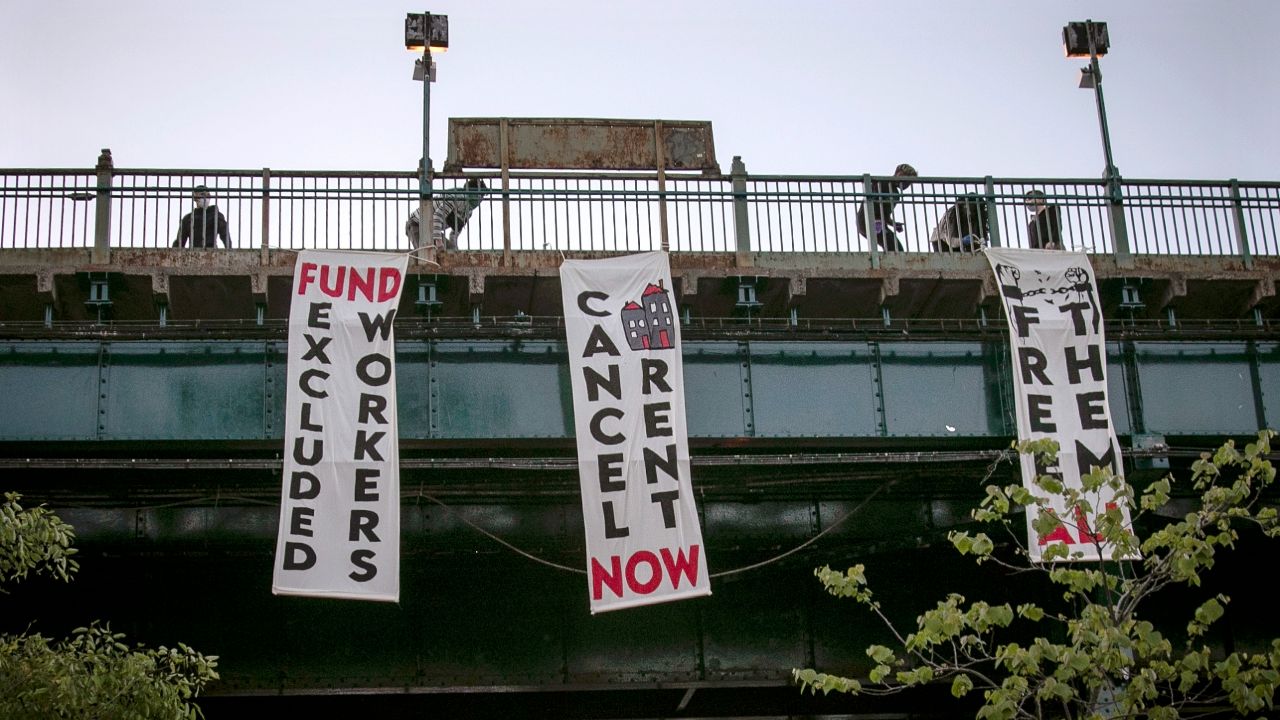 Even as millions of Americans have lost their jobs during the coronavirus pandemic, the vast majority of tenants have continued paying rent.

Some 87.6 percent of tenants paid at least some rent through July 13, The Real Deal reported based on a national survey of market-rate units prepared by the National Multifamily Housing Council.

That number was down just slightly from a month earlier, when 89 percent of tenants had made a rent payment, and wasn’t far from the same period a year ago when 90.1 percent of renters paid at least some of their rent, according to the report.

Renters who lost their jobs amid the pandemic’s economic drop have been buoyed by extra unemployment benefits of $600 per week added through the $2.2 trillion economic stimulus package approved by federal lawmakers in March. However, those benefits are set to expire at the end of July.

In this May 21, 2020, file photo, people from a support organization for immigrant and working class communities unfold banners, including one advocating rent cancelation, on a subway platform in the Queens borough of New York. (AP Photo/Bebeto Matth

Those extra benefits have been essential in helping tenants continue to pay their bills, said Doug Bibby, president of the housing council. Not taking action puts “tens of millions at risk of greater health and financial distress,” he said, according to The Real Deal.

A renewed stimulus package could include a smaller amount of unemployment assistance, FOX Business reported earlier Wednesday. Trump administration officials have pointed to amounts between $200 and $400 per week.

Negotiations with lawmakers are expected to resume next week when the Senate returns from recess.