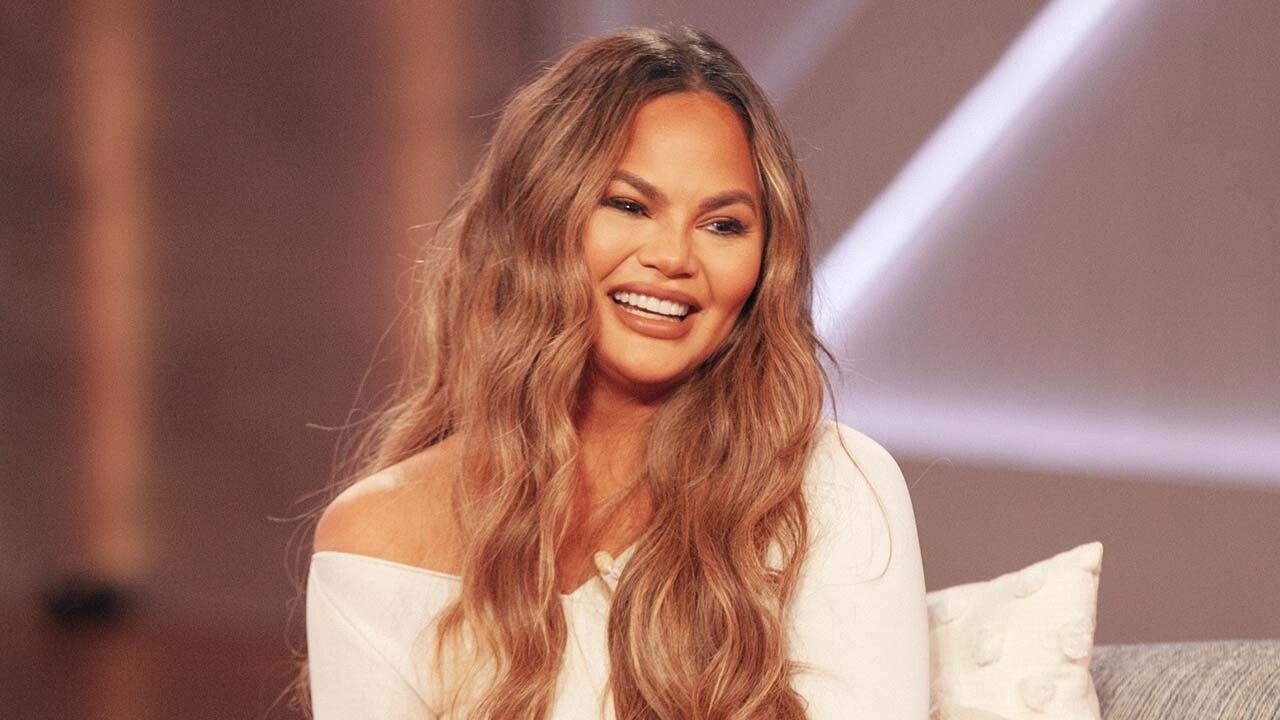 Companies begin to distance themselves from Chrissy Teigen amid tweet controversy. Fox News Headlines reporter Carley Shimkus with the latest.

The 42-year-old "All of Me" singer and his 35-year-old model wife live in Beverly Hills with their two children, five-year-old Luna and three-year-old Miles, and Teigen’s mother Vilailuck Teigen also known as "Pepper Thai."

In what has been a tumultuous year for the couple, they recently transitioned to a bigger $17.5 million from a smaller $17.7 million home. They are currently holding both and actually rented an $18 million Beverly Hills home this Fall during the transition.

They also have holdings in New York and West Hollywood, and Legend owned several swanky apartments before he and Teigen married.

Representatives for Teigen and Legend did not respond to requests for comment.

The "Baby It’s Cold Outside" singer and Teigen purchased this 10,700-square-foot home for $17.5 million in September 2020, telling The Post they needed more room for their growing family.

Teigen was pregnant with a boy when they purchased the seven-bedroom, 11-bathroom home. They lost the baby in October 2020 and announced in December 2020 that Teigen would not become pregnant again.

Still, Legend told Architectural Digest they "expect to expand our family in the near future" in January 2021, and Teigen has previously said she would like to adopt children.

The couple appears to have moved in following a period of renovations, Teigen’s Instagram shows. Teigen recently re-activated her Instagram and Twitter accounts after a cyberbullying scandal based on comments toward then 16-year-old Courtney Stodden in 2011.

The new home, built in 2018, has an open floor plan, high ceilings and pocket glass windows opening to city and ocean views, according to the listing.

Fans are anticipating a new chef’s kitchen Instagram backdrop from Teigen, who has published two "Cravings" cookbooks and is known to showcase her kitchen on social media.

The 0.87-acre lot has a motor court, a 100-foot saltwater infinity pool and a sunken fire pit, according to the listing.

The home built in 2018 has an office with walnut shelves, a 300-bottle wine cellar, a home theater and high-tech security and smart home features, according to the listing.

The Teigen-Legend family put this 8,520-square-foot Beverly Hills house on the market in August 2020 in anticipation of their growing needs as a family.

They first asked $24 million for the seven-bed, nine-bath home but are now asking $17.7 million, according to the listing.

The house underwent major renovations by investors before Teigen and Legend purchased it in 2016 for $14.1 million in 2016. Rihanna sold the house in 2014 after filing lawsuits over what she said were construction defects.

The 1966 home, which Legend and Teigen further renovated after the work done by investors, has patterned ceilings from Thailand, cerused oak floors, clay-and-steel-rolled walls, high ceilings, a chef’s kitchen and expansive windows with canyon views, according to the listing.

The 0.86-acre lot has a heated saltwater pool, a jacuzzi, a wood-burning oven, a chef’s grill and a grapevine-wrapped pergola, according to the listing.

Listing broker Marshall Peck of Douglas Elliman, Beverly Hills referred The Post to his publicist, who did not respond to a request for comment in time for publication.

Teigen and Legend rented this 11,438-square-foot Beverly Hills home beginning in September 2020 while they waited to close on and renovate their current home. Teigen went public in these months about her journey with sobriety.

The rental cost an estimated $69,584 a month, according to Zillow. The couple appears to no longer be inhabiting the contemporary six-bedroom, 11-bathroom rental, social media posts show.

The home has two living rooms, a marble fireplace, a gourmet kitchen, a formal dining room, an office and a master suite with a private terrace, according to the listing.

Amenities include a commercial-size theater, a steam room, a sauna, a fitness center and an eight-car garage gallery. The 0.31-acre lot has a guest house and a pool, according to the listing.

The original 1946 home on the property was demolished and rebuilt in 2016 and 2017, led by Tag Front Architects, Beverly Hills permit records show.

The home is owned by an LLC owned by Michael Marvisi, the name of the CEO at Bank of America Merrill Lynch, property records show. It was listed for $18 million last week, according to Realtor.com.

The couple also recently partnered with VRBO as their "first family in residence," a move that was criticized on social media due to Teigen’s recent bullying scandal.

Teigen, Legend, their children and Teigen’s mother "spent time" at the Malibu rental, which "doubled" as a set, according to the press release. It is unknown when the commercial was shot, but the family was spotted horseback riding in Malibu in January.

The Malibu rental appears to have been a $7,713-per-night, 8,800-square-foot, six-bedroom, six-and-a-half bathroom home with a 70-foot infinity pool, according to a Malibu VRBO listing with photos matching the set.

Teigen and Legend can’t get enough of this historic New York City building, built in 1856 as a carriage factory and converted into condominiums in 2010, according to StreetEasy.

After selling their one-bedroom starter-condo in 2016, they returned to buy two penthouses in the building in 2018 and 2020.

They currently own $16.72 million worth of penthouses — they own two — in the building, spanning a total of 6,163 square feet, according to property records. Together, they offer six bedrooms and six bathrooms, an office, a media room and a private landscaped roof terrace with an outdoor kitchen, according to the listings.

But their penthouses weren’t their first purchases in the nine-unit building — the pair owned a one-bedroom, two-and-a-half bathroom apartment in the building, too. They purchased the 1,969-square-foot home from the developer, who converted the building to condominiums, for $2.49 million in 2012 and sold it for $3.995 million in 2016 soon after having their first child.

Teigen and the 12-time Grammy winner purchased this modest 3,440-square-foot home in West Hollywood for $5.1 million in April 2020.

It was completed by developer Benjamin Illulian that same year. It is unknown why Teigen and Legend purchased this home at the height of the pandemic.

The four-bedroom, four-bathroom home has a high-end eat-in kitchen, floating gardens with built-in drip irrigation, a pool and a spa on 0.14 acres, according to the listing.

Legend, whose real name is John Roger Stephens, purchased this earthy 1,998-square-foot home in 2007 for $1.5 million soon after the "The Voice" coach met Teigen on the set of a music video.

They gutted and redesigned the 1960’s house before selling it for $2 million in 2014, a year after they married.

"The first time we saw the house we were really inspired by the overall vibe… I told John and Chrissy that it reminded me of a Thai temple. That Asian influence was something they responded to, especially since she is half Thai," Don Stewart of Desiderata Design told Architectural Digest in a 2013 feature.

The three-bedroom, two-and-a-half bathroom home has beamed cathedral ceilings, etched teak cabinetry and floors made of textured basalt stone and baked oak selected by designer Don Stewart, according to the listing.

One of the bedrooms has been converted into a recording studio, which Legend used to record several songs on his 2013 "Love in the future" album, according to Architectural Digest.

The 0.28-acre lot has a large deck, gardens, fountains and a wooden hot tub, according to the listing.

Legend and Teigen, who were then only dating, purchased this two-bedroom, two-bathroom condominium in the Bowery section of Manhattan for $1.9 million in 2009, property records show.

The University of Pennsylvania graduate and Sports Illustrated swimsuit model enlisted Winka Dubbeldam of Archi-Tectonics for renovations on the 1,359-square-foot pied-a-terre.

They added a walk-in closet for Teigen and a music room with a Yamaha piano for Legend, according to a 2010 New York Magazine profile.

The 1,105-square-foot apartment was only big enough to hold an upright piano — and Legend wanted a grand piano, Legend’s listing broker Jason Walker, then with Compass, told New York Magazine in 2008.