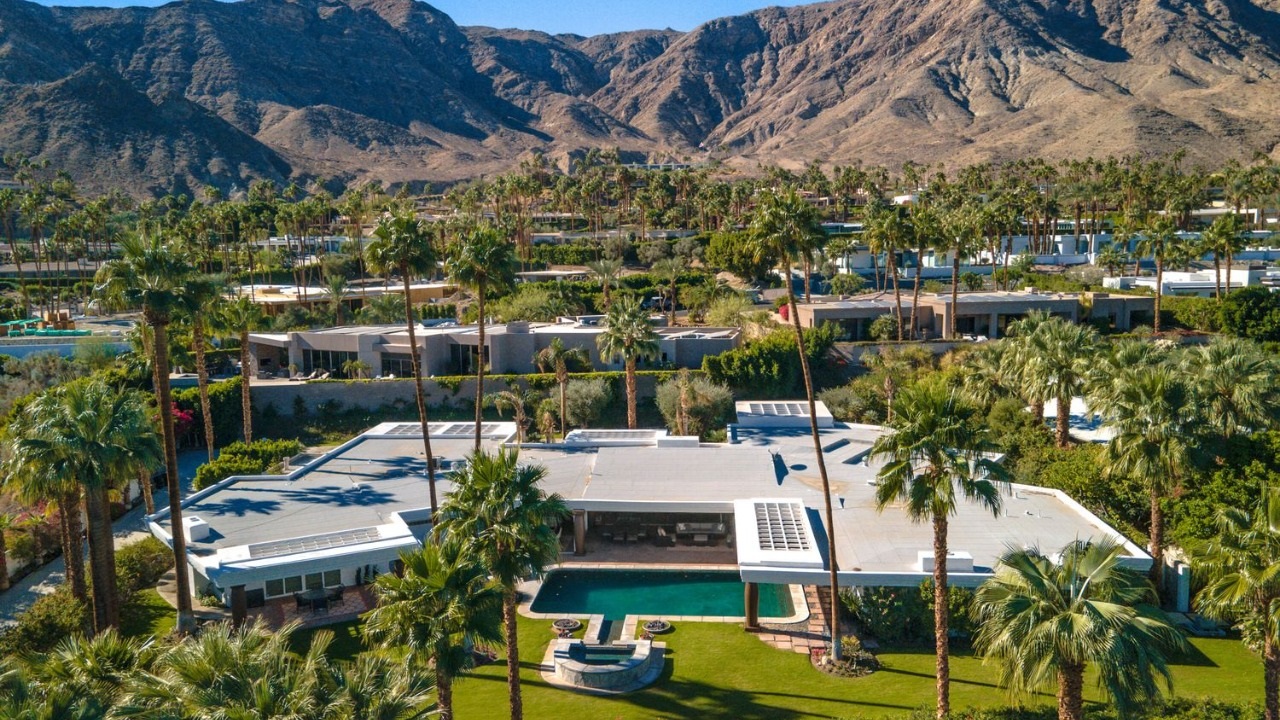 The Rancho Mirage, California, estate formerly owned by Bing Crosby has hit the market for $4.5 million.

The exterior of a Rancho Mirage, California, home formerly owned by Bing Crosby.

The property was built in 1957 with renovations completed in 1985 and has seen its fair share of celebrities and politicians.

NOVEMBER HOME SALES UP AT FASTEST CLIP SINCE JANUARY

"Over the years, [the guest wing has] been dubbed the JFK wing because that's where allegedly JFK stayed when he was visiting," listing agent David Emerson told FOX Business. He added the former president often visited with Hollywood star Marilyn Monroe.

Emerson said there has been much interest in the home despite it being listed for a just few days.

"It's got a great energy and a great buzz," he said. "It's been a really, really exciting time to have this house listed. We’ve already had some big A-listers, major CEOs of big corporations."

Some highlights of the dream ranch include a living room with an extended covered patio and a kitchen that leads into the backyard, with a wall of glass that pockets to one side.

A view from the outdoor patio into the kitchen and living room of a Rancho Mirage, California estate formerly owned by Bing Crosby.

The home has panoramic views of the Coachella Valley and sits in the sought-after community of Thunderbird Heights.

The exterior of a Rancho Mirage, California, home formerly owned by Bing Crosby.

Crosby, known for his recording of "White Christmas" and roles on the silver screen, is said to have had an influence on the design of the home, though Emerson said he was unable to track the documents to verify.

Emerson expects the property to be in escrow very soon with the phenomenal number of showings and several people already expressing their interest in writing offers.