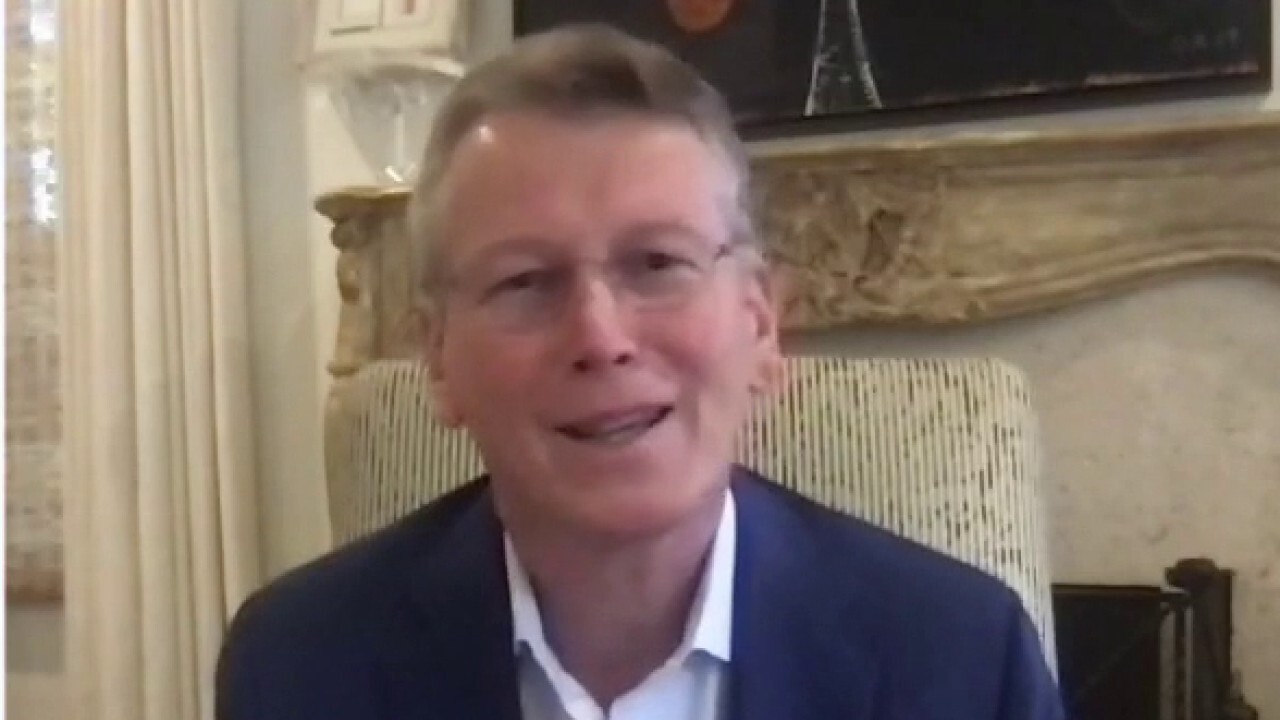 A San Francisco investment banker recently sold his Maui mansion to a retired hedge fund CEO and a Hollywood actress for $45 million.

The cash sale of the oceanfront house in Kihei reflects a hot Hawaii real estate market fueled by a pandemic that has made the islands a desirable place to isolate and work remotely. According to property records, it has eight bedrooms, eight full bathrooms and two half bathrooms and features a pool and jacuzzi.

Part of a Maui mansion is seen from a street in Kihei, Hawaii on Thursday, Aug. 5, 2021. The $45-million cash sale of the eight-bedroom house reflects a hot real estate market where the median price of a Maui home topped $1.1 million in June.  (J.D. Kim via AP)

The median price of a Maui home topped $1.1 million in June. The price of the home — purchased by Adam Weiss and Barret Swatek on July 30 — is the second-highest sale in Hawaii, said their agent, Anne Hogan Perry of real estate company Compass. The most expensive single-family residence was for $46.1 million on Kauai in 2018.

Perry noted that home is on 15.3 acres, while the Maui property is less than an acre.

The pandemic wasn’t the main reason the Malibu, California, couple chose the home, Perry said. But a shift toward virtual meetings will allow them to spend more time in Hawaii.

"They were not set on a particular island," she said. "They wanted to understand the culture and what made each island different."

They ultimately decided on the 21,700-square-foot home designed by Mexican architect Ricardo Legorreta because of an attribute that’s rare to find in most Hawaii neighborhoods, Perry said: "They wanted to be able to walk."

The location allows them to take long walks on the beach and along tree-lined sidewalks.

Swatek’s television show roles include "Awkward," "Yellowstone" and "American Housewife." Her husband is co-founder of the hedge fund Scout Capital and founder of Stillwater Investment Management.

The sale capped a big couple of weeks for Hawaii real estate sales, Perry said, noting that just four days before the Maui deal closed, Microsoft co-founder Paul Allen’s estate on the Big Island sold for $43 million and a home in Oahu’s beachfront neighborhood of Lanikai sold for more than $24 million about a week earlier.

"To have this many sales over $20 million is huge," Perry said.

The Maui home was not offered on the normal real estate market, said Will McKinney, agent for the seller, Thomas Weisel.

"The owner wanted to keep it exclusive and didn’t want to put it on the open market like a typical listing is," McKinney said. "We notified all of the brokers who may have a buyer of this caliber."

Maui’s hot real estate market makes it difficult for longtime residents, including Native Hawaiians, to afford to buy or rent homes, forcing them to leave Hawaii, said Stan Franco, president of Stand Up Maui, which advocates for affordable housing.

"So I think it’s a real problem for people like myself who are older seeing this happening to our children and grandchildren," he said. "And it’s causing a lot of real bad feelings from our local people to anybody from the outside."