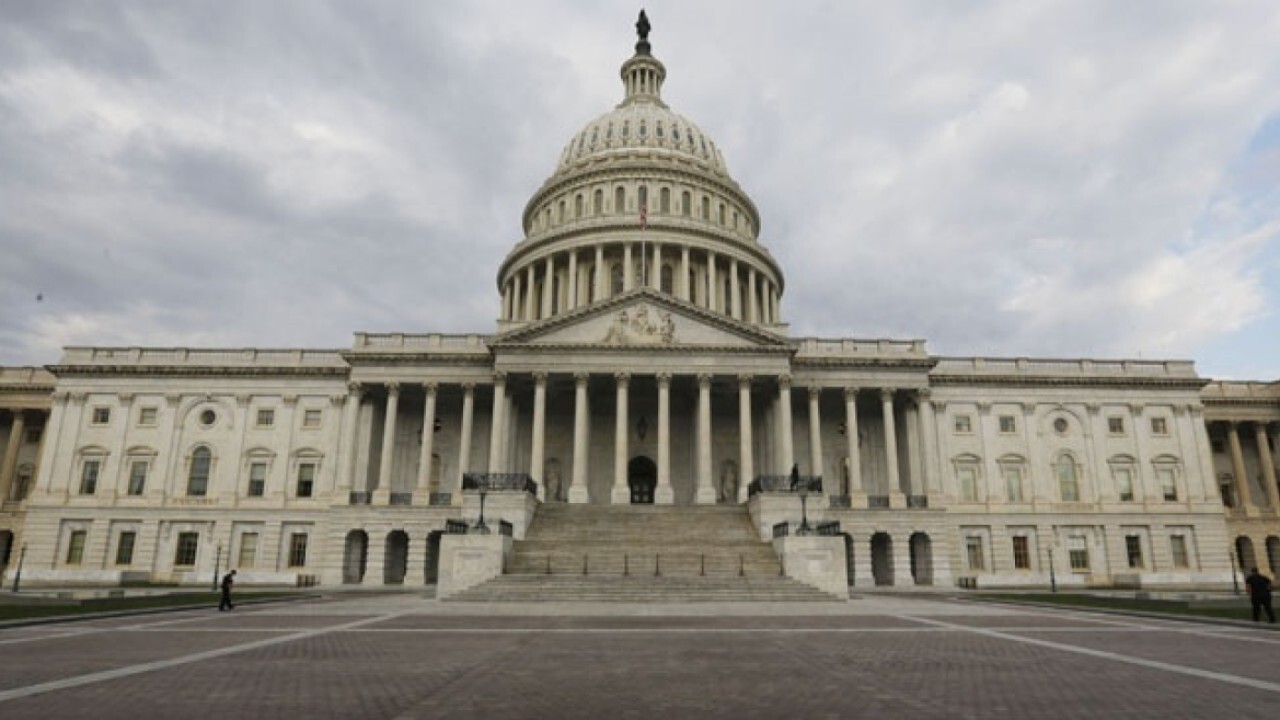 Texas Rep. Kevin Brady joins 'Mornings with Maria' ahead of a House vote on the spending bill.

The White House maintained that President Biden's "Build Back Better" agenda, which passed the House of Representatives Friday morning and is headed to the Senate, will not add to the deficit — despite the nonpartisan Congressional Budget Office score stating the contrary.

The CBO estimated Thursday that Biden’s social spending bill will add $367 billion to the federal deficit over the next 10 years, without counting potential revenue from an IRS tax enforcement crackdown that White House officials claim will cover the remaining cost.

White House press secretary Jen Psaki on Friday said that many experts on both sides of the aisle have said that the "IRS enforcement is not something that there's a lot of experience in the CBO scoring."

"They still scored it, but is undervalued by the assessment of many economists and experts, including people who have been critical of us in the past, who estimate, including former Treasury secretaries of both parties, who estimate there will be savings significantly higher than what is estimated currently," Psaki said.

"So our assessment and the assessment by many economists out there is that there will be savings over 10 years will actually reduce the deficit," Psaki added.

Psaki went on to say that the White House "can confirm … that there are significant savings that will come from this."

Psaki praised the "overall work of the CBO."

"I would point to the fact that there isn't a great deal of history or experience in scoring IRS enforcement," she said again. "That's something that economists across the board have noted. That's something that a leaders on the Hill, Democrats and Republicans have been briefed on for several months now. And that's why it wasn't really a surprise to them and why the vote in part moved forward."

"CBO estimates that enacting this legislation would result in a net increase in the deficit totaling $367 billion over the 2022-2031 period, not counting any additional revenue that may be generated by additional funding for tax enforcement," the CBO said in a release.

The CBO score raises doubts about the Biden administration’s claim that the $1.75 trillion in spending outlined in a framework agreement for the "Build Back Better Act" is fully covered by offsets included in the bill.

Treasury Department and White House officials say enhanced IRS tax enforcement will generate $400 billion in new tax revenue, while the CBO estimates it would generate net revenue of about $127 billion after expenses.

Treasury Secretary Janet Yellen reiterated the department’s stance on IRS tax revenue after the CBO analysis was published, citing the budget agency’s scores and a separate analysis by the Joint Committee on Taxation. The JCT’s score found the bill was unlikely to add to the deficit, though it did not take the IRS measures into account.

"The combination of CBO & JCT’s scores over the last week and Treasury analysis make it clear that Build Back Better is fully paid for, and in fact will reduce our nation’s debt over time through $2 trillion+ in revenue raisers and other savings," Yellen said.

The White House began pushing back on the CBO’s findings on the "Build Back Better Act" even before the final cost estimate was released. Earlier this week, CBO Director Phillip Swagel reiterated the agency's stance that enhanced IRS enforcement would raise about $120 billion through 2031, well short of the White House’s $400 billion target.

The president's $1.85 trillion package passed the House Friday morning, despite opposition from Republicans and lingering questions about the White House’s claim that the cost of its policies will be fully covered.

The vote was 220-213 with Rep. Jared Golden, D-Maine, the only Democrat breaking with his party to oppose the bill.

House Speaker Nancy Pelosi, D-Calif, aimed to vote on the bill Thursday night but House Minority Leader Kevin McCarthy, R-Calif., delivered a marathon, scathing floor speech, that lasted more than eight-and-a-half hours and forced the vote to Friday. He said Democrats are "out of touch" with ordinary Americans as he railed against the bill.

Speaker of the House Nancy Pelosi, D-Calif., celebrates the House passage of President Biden's expansive social and environment bill with other Democrats in the House Chamber, at the Capitol in Washington, Friday, Nov. 19, 2021. (AP Photo/J. Scott Applewhite / AP Newsroom)

"From bank surveillance to bailouts, this bill takes the problems President Biden and Democrats have already created and makes them much, much worse," McCarthy said.

McCarthy's speech was the longest floor speech in House of Representatives history, surpassing a speech Pelosi gave in 2018.

Biden, Friday morning, touted the passage of Democrats' massive reconciliation spending bill as a "giant step" forward for his agenda, and said he hopes the Senate will pass the bill "soon" as well.

"Today, the United States House of Representatives passed the Build Back Better Act to take another giant step forward in carrying out my economic plan to create jobs, reduce costs, make our country more competitive, and give working people and the middle class a fighting chance," Biden said.

The president also maintained that the bill won't add to the deficit – conflicting what the CBO said – and added that it won't increase inflation.

"It reduces the deficit over the long-term. It’s fully paid for by making sure that the wealthiest Americans and biggest corporations begin to pay their fair share in federal taxes," Biden said. "It keeps my commitment that no one earning less than $400,000 a year will pay a penny more in federal taxes."

He added: "Leading economists and independent experts on Wall Street have confirmed that it will not add to inflationary pressures. Instead, it will boost the capacity of our economy and reduce costs for millions of families."

Biden closed by saying he hopes the bill passes the Senate "soon... so I can sign it into law."

Fox Business' Thomas Barrabi and The Associated Press contributed to this report.