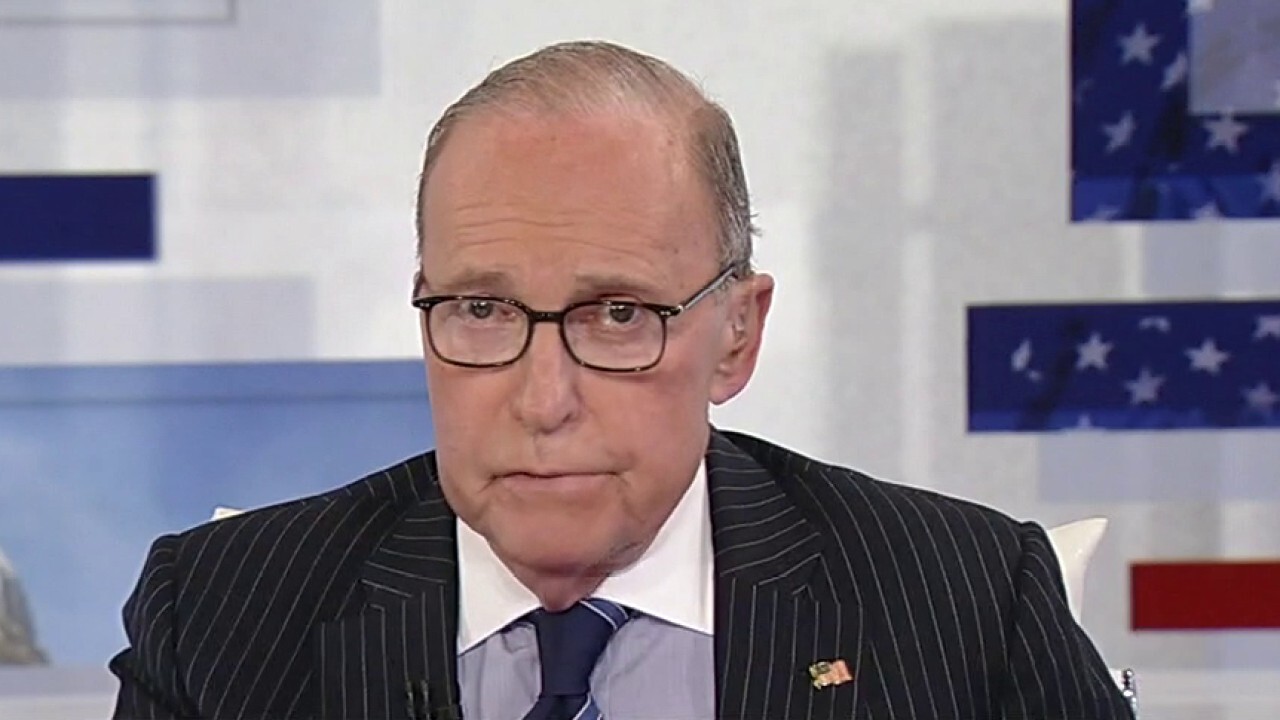 Kudlow: ‘Build Back Better’ is dead on arrival

‘Kudlow’ host explains why Biden’s agenda will be a failure for the U.S. economy.

The nonpartisan Congressional Budget Office estimated Thursday that President Biden’s social spending bill will add $367 billion to the federal deficit over the next 10 years, without counting potential revenue from an IRS tax enforcement crackdown that White House officials claim will cover the remaining cost.

"CBO estimates that enacting this legislation would result in a net increase in the deficit totaling $367 billion over the 2022-2031 period, not counting any additional revenue that may be generated by additional funding for tax enforcement," the CBO said in a release.

The CBO score raises doubts about the Biden administration’s claim that the $1.75 trillion in spending outlined in a framework agreement for the "Build Back Better Act" is fully covered by offsets included in the bill. Treasury Department and White House officials say enhanced IRS tax enforcement will generate $400 billion in new tax revenue, while the CBO estimates it would generate net revenue of about $127 billion after expenses.

Treasury Secretary Janet Yellen reiterated the department’s stance on IRS tax revenue after the CBO analysis was published, citing the budget agency’s scores and a separate analysis by the Joint Committee on Taxation. The JCT’s score found the bill was unlikely to add to the deficit, though it did not take the IRS measures into account.

"The combination of CBO & JCT’s scores over the last week and Treasury analysis make it clear that Build Back Better is fully paid for, and in fact will reduce our nation’s debt over time through $2 trillion+ in revenue raisers and other savings," Yellen said.

The House is expected to vote on the spending bill Thursday evening. Republicans oppose the legislation, arguing it is fiscally irresponsible and would contribute to rising inflation.

If the bill passes the House, it will proceed to the Senate, where Democrats hold a razor-thin majority. Moderates, including Sen. Joe Manchin, D-W.Va., and Sen. Kyrsten Sinema, D-Ariz., remain key roadblocks to its final passage.

The administration says the framework agreement’s "pay-fors" will generate nearly $2 trillion in revenue through 2031, covering the bill’s cost and lowering the federal deficit. The White House says much of the revenue will derive from higher taxes on corporations and the wealthiest Americans, as well as enhanced IRS tax enforcement.

The White House began pushing back on the CBO’s findings on the "Build Back Better Act" even before the final cost estimate was released. Earlier this week, CBO Director Phillip Swagel reiterated the agency’s stance that enhanced IRS enforcement would raise about $120 billion through 2031, well short of the White House’s $400 billion target.

"CBO does not have experience analyzing revenue amounts gained from tracking down wealthy tax cheats who are taking advantage of every honest taxpayer," White House spokesman Andrew Bates said during a press gaggle earlier this week.

At the time, Bates added that "CBO’s fiscal data, so far, lines up with our estimates that we released to all of you for costs, or they even come in below our estimates."

An earlier vote on the spending bill was delayed after a group of moderate House Democrats insisted the CBO score the bill so they could better understand its costs.