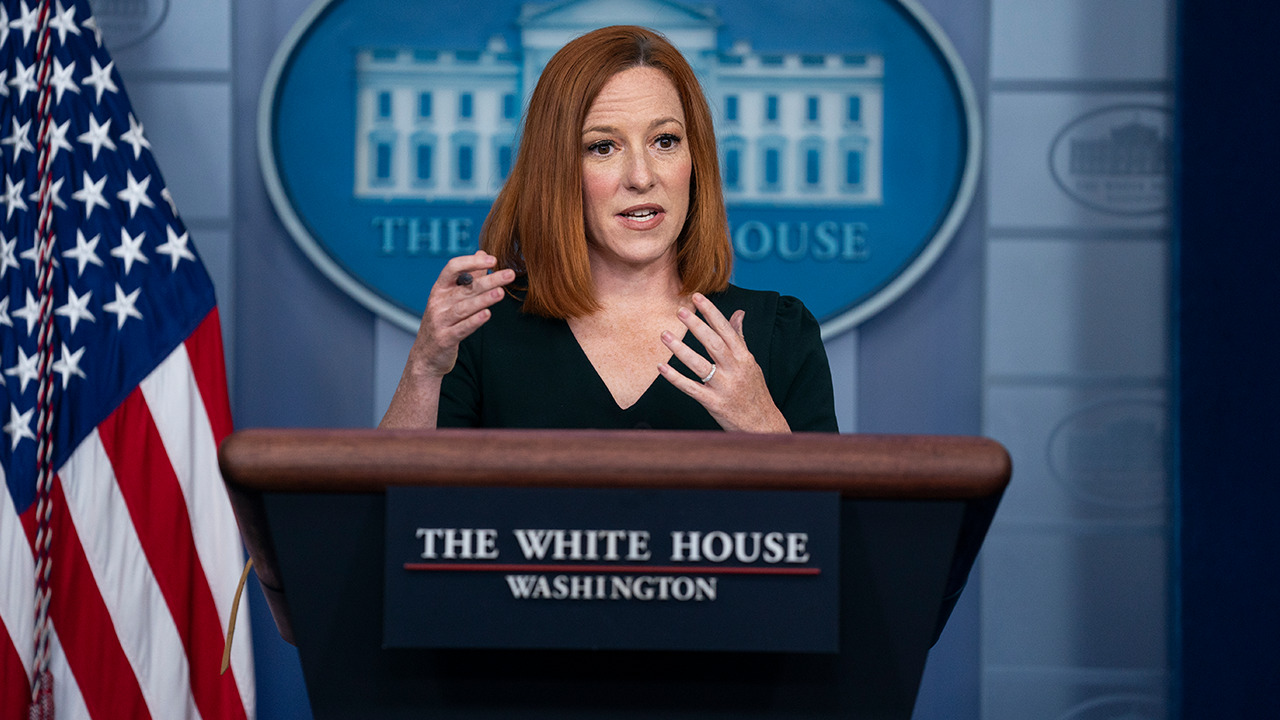 The White House on Friday defended President Biden's nominee for Treasury Comptroller of the Currency Saule Omarova, calling her "imminently qualified" for the role, just a day after she was forced to walk back past controversial statements.

When asked if the White House had any reaction to the hearing, White House press secretary Jen Psaki maintained the administration's support for the president's nominee.

"I would say the president nominated her to serve in this job because she is eminently qualified," White House press secretary Jen Psaki said Friday. "She's somebody who would represent the the role and the United States effectively in the position."

Saule Omarova of New York is sworn in during a Senate Banking, Housing, and Urban Affairs hearing on Capitol Hill in Washington to examine her nomination to be the Comptroller of the Currency, Thursday, Nov. 18, 2021. (AP Photo/Manuel Balce Ceneta / AP Newsroom)

Members of both parties grilled Omarova over her positions on issues including fossil fuel industries and federal authority. One particular quote about the coal, oil, and gas industries was repeated several times throughout the hearing.

"A lot of the smaller players in that industry are going to probably go bankrupt in short order – at least we want them to go bankrupt if we want to tackle climate change," Omarova said at a virtual event earlier this year.

Sen. Jon Tester, D-Mont., asked Omarova about this, and she claimed people misunderstood what she meant.

"That particular statement about oil and gas companies going bankrupt, as I said, that was taken out of context and I actually misspoke, it was not well framed," she said. "My intention was actually to say, exactly the opposite, that we need to help those companies to get restructured."

Later on, Tester’s fellow Montana senator, Republican Steve Daines, did not accept that response from Omarova.

"You said at least we want them to go bankrupt if we want to tackle climate change," he said.

Saule Omarova of New York testifies before a Senate Banking, Housing, and Urban Affairs hearing on Capitol Hill in Washington to examine her nomination to be the Comptroller of the Currency, Thursday, Nov. 18, 2021. (AP Photo/Manuel Balce Ceneta / AP Newsroom)

"I am sorry that I misspoke," Omarova explained. "It was not a well-phrased sentence."

Daines also brought up a remark Omarova made about fossil fuel companies in March of this year that he found "chilling."

"The way we basically get rid of these carbon financiers is we starve them of their source of capital," Omarova said.

"These are chilling statements and beliefs, and I believe they are disqualifying for someone seeking to hold such a powerful office," Daines said. "The fact that President Biden would even make such a nomination further solidifies how radically liberal and out of touch with the mainstream views the White House are."

Tester also pushed Omarova over a proposal to create an agency independent of Congress or the executive to allocate public and private money into projects that are good for society.

"Do you think that your National Investment Authority would do a better job [of allocating money [than private capital]", Tester asked.

Omarova clarified that the proposal for the National Investment Authority "is meant not to supplant or replace private allocation of capital, but to supplement it" and fund projects that normally don't get private money because they are not profitable.

Banking Committee Ranking Member Sen. Pat Toomey, R-Pa., clashed with Omarova over a proposal she wrote in a paper about transferring all private "demand deposit" banking to the Federal Reserve. Demand deposit accounts accounts are the standard checking and savings accounts most Americans have with private banks.

Omarova claimed that she wrote this "in the context of an ongoing academic debate" about digitizing the dollar.

"The particular phrase that has attracted so much attention was actually my quoting a title, the title of a book that someone else wrote," Omarova claimed, referring to a part in her paper that said her proposal would "effectively end banking as we know it."

Ranking member Pat Toomey, R-Penn., is seen on screen as he questions nominee to be the Comptroller of the Currency Saule Omarova as she testifies before the Senate Banking, Housing and Urban Affairs Committee during a hearing on Capitol Hill in Wash

Toomey, however, responded with another quote from the article: "This article accordingly advocates full migration of demand deposits" to the Federal Reserve, Toomey quoted.

"You've advocated that they lose all their deposits," Toomey said.

Omarova then claimed that as an academic her role "was to expand the boundaries of the academic debate and outline potential options for Congress to consider."

Toomey was not satisfied with that explanation.

"It doesn't seem to be a coincidence that every one of these thought experiments or academic ideas ... involved dramatic expansion in the power and control of the central government to allocate resources, to control banking, and a corresponding diminution in the freedom of individual Americans and institutions." Toomey said. "To suggest now that maybe you're not really for these things, it's hard to believe this."

One instance where a critical senator brought up a controversial position and Omarova held her stance was when Daines asked if she still believes the government should seek ownership shares of certain private companies. That idea, which she supported in 2017, is based on the premise that it would allow the government to exert a degree of influence on the companies.

Omarova appeared to stand by that position, claiming that she did not get the idea from Russia or China, but from former British Prime Minister Margaret Thatcher.