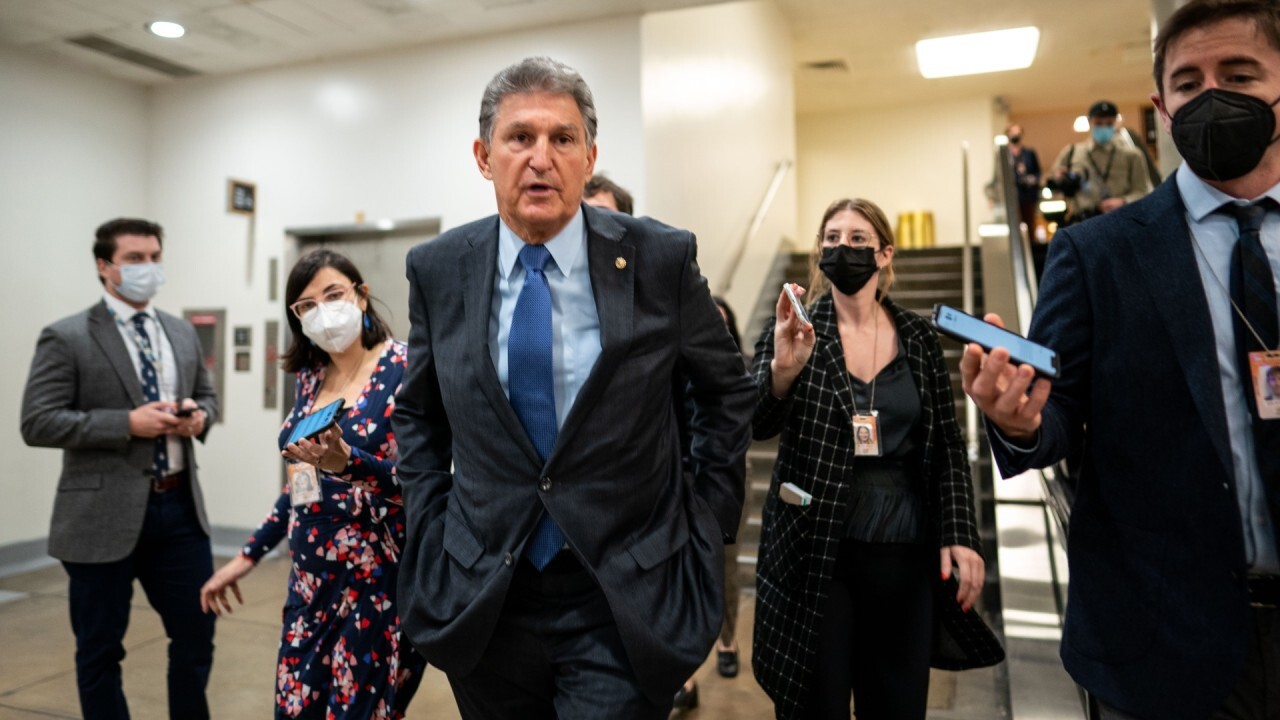 President Biden indicated Friday that he and Democrats likely will not meet their goal of passing his roughly $2 trillion social spending bill by the end of the year, saying it would be finished over the next "days and weeks" while the focus turns to other things.

Sen. Joe Manchin, D-W.Va., and fellow moderate Sen. Kyrsten Sinema, D-Ariz., are considered key holdouts on the measure, known as the Build Back Better bill. Manchin has repeatedly expressed concern about the legislation’s cost, warning a broad spending package would be fiscally irresponsible given rising inflation.

With Republicans united in opposition, all 50 Democrats must back the bill for it to pass.

"We will advance this work together over the days and weeks ahead; Leader Schumer and I are determined to see the bill successfully on the floor as early as possible," Biden said in a statement. "We will – we must – get Build Back Better passed, even in the face of Republican opposition. At the same time, we must also press forward on voting rights legislation, and make progress on this as quickly as possible."

Biden said work would continue trying to convince Manchin, with whom Biden has talked to at least three times this week, to support the measure.

Asked by Fox News on Wednesday whether he would be able to work through issues to hold a vote on the measure before Christmas, Manchin said, "We haven’t even gotten anything back from the parliamentarian, so just procedurally we have nothing to vote on."

The House passed its version of the Build Back Better Act last month in a party-line vote following months of negotiations with progressives and moderates. The Senate version is expected to contain changes, given opposition from Manchin and Sinema.

The  Back Better bill passed by House Democrats would establish universal preschool, expand Medicaid, provide new funding for child care and offer green energy tax credits, though it notably omits progressive priorities like free community college and Medicare dental and vision coverage. It relies on $1.95 trillion in new taxes, including a 15% corporate minimum tax and a surcharge aimed at multimillionaires.

All 50 Democrats will have to support the bill to ensure its passage in the Senate.