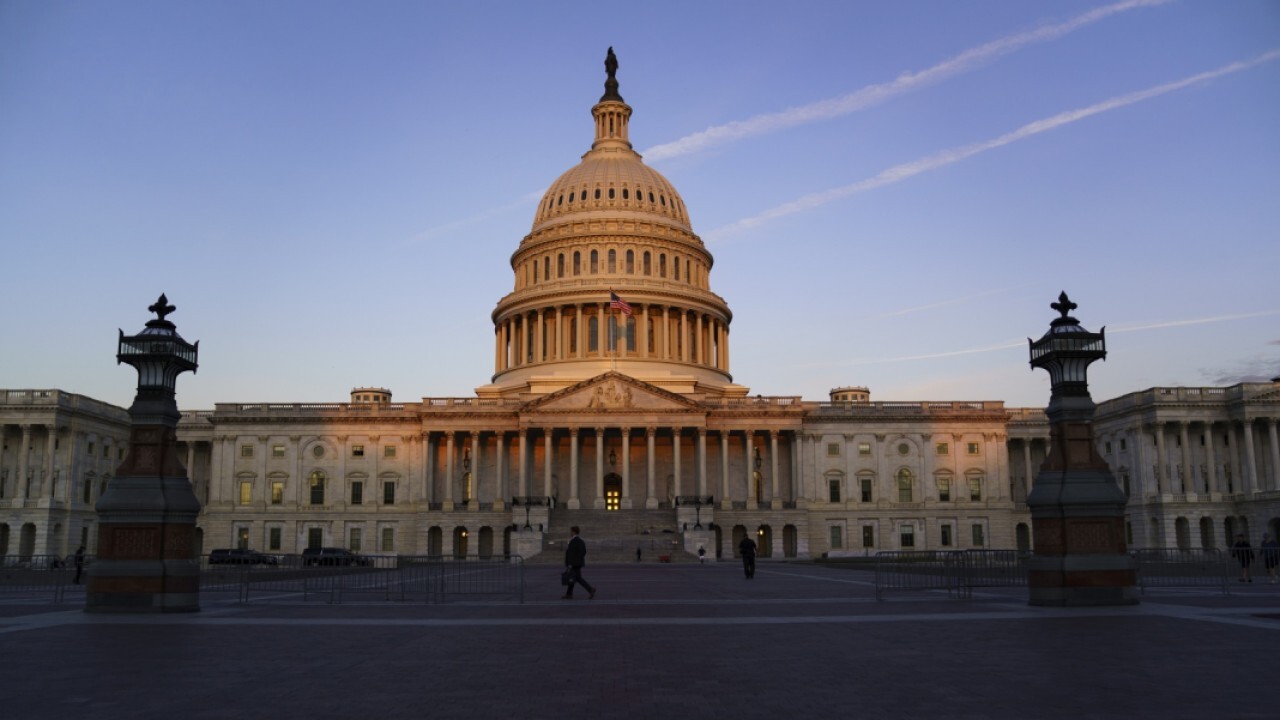 How are markets reacting to spending debate in Washington?

A nonpartisan budget watchdog says Democrats' massive budget reconciliation bill could cost much more than the $3.5 trillion price tag they give it and casts doubt on whether it will actually be paid for as they claim.

Committee for a Responsible Federal Budget (CRFB) Senior Vice President Marc Goldwein told FOX Business Monday that because the bill came out just days ago it's impossible to give it a precise total.

But Goldwein said based on what Democrats have said will be in the bill for months and factoring in a funding trick they are using to keep the price of the bill down, it could reach a grand total of upward of $5 trillion.

"To fit $5 and a half trillion into a $3 and a half trillion box, they were going to have a bunch of stuff expire early and do some things like have some things start late," Goldwein said. He explained that the CRFB's estimations assume many temporary programs will be renewed or made permanent by future Congresses, which CRFB describes as a common "budget gimmick" to hide the true cost of a bill.

The bill is notably subject to change and likely will decrease in price as Democrats negotiate amongst themselves in the coming days and weeks.

"We went from a short list of bullets to a long list of bullets to actually legislation in the House. But we don't have a score on the legislation yet except for very little pieces of it, so it's too soon to tell," Goldwein added. "What I would say is based on what we do know from the House legislation, it looks like its … cost is probably on the higher end of that [up to $5.5 trillion range] or maybe above it."

Goldwein also addressed an argument by President Biden that the reconciliation bill "costs zero dollars" because it will be funded with tax increases. He said the bill in the House of Representatives currently has "about $3 trillion" in total offsets, including tax increases and other provisions, like prescription drug savings.

Therefore, Goldwein said, the bill likely will add at least $500 billion to the national debt if you take Democrats' word on the top-line price tag. But he said that number is likely closer to $1.5 trillion to even $3 trillion of new borrowing on the high end if the temporary programs in the bill are extended, as they are expected to be.

Goldwein also slammed into Democrats for pushing to pass the reconciliation bill so fast before it's even been scored by the Congressional Budget Office.

Goldwein noted that Republicans have also ignored budget scoring in the past, including during their failed efforts to repeal the Affordable Care Act.

In a major turn, House Speaker Nancy Pelosi, D-Calif., Monday reversed the stance she held for weeks that the reconciliation bill should pass with the bipartisan infrastructure bill, which faced a deadline this week with the expiration of highway funds.

This could delay the reconciliation bill until next week or even longer, especially as Democratic leaders work to get moderates like Sens. Joe Manchin, D-W.Va., and Kyrsten Sinema, D-Ariz., on board. That time period could allow for scoring of the legislation.

Pelosi said in a caucus meeting Monday night that the price of the bill will have to come down because of these Senate moderates. But, she said, Democrats still plan to pass a reconciliation bill with as much as they can fit into it.

"I told all of you that we wouldn’t go on to the BIF [until] we had the reconciliation bill passed by the Senate. We were right on schedule to do all of that, until 10 days ago, a week ago, when I heard the news that this number had to come down," Pelosi said.

"It isn't about diminishing the importance of the reconciliation," she added.