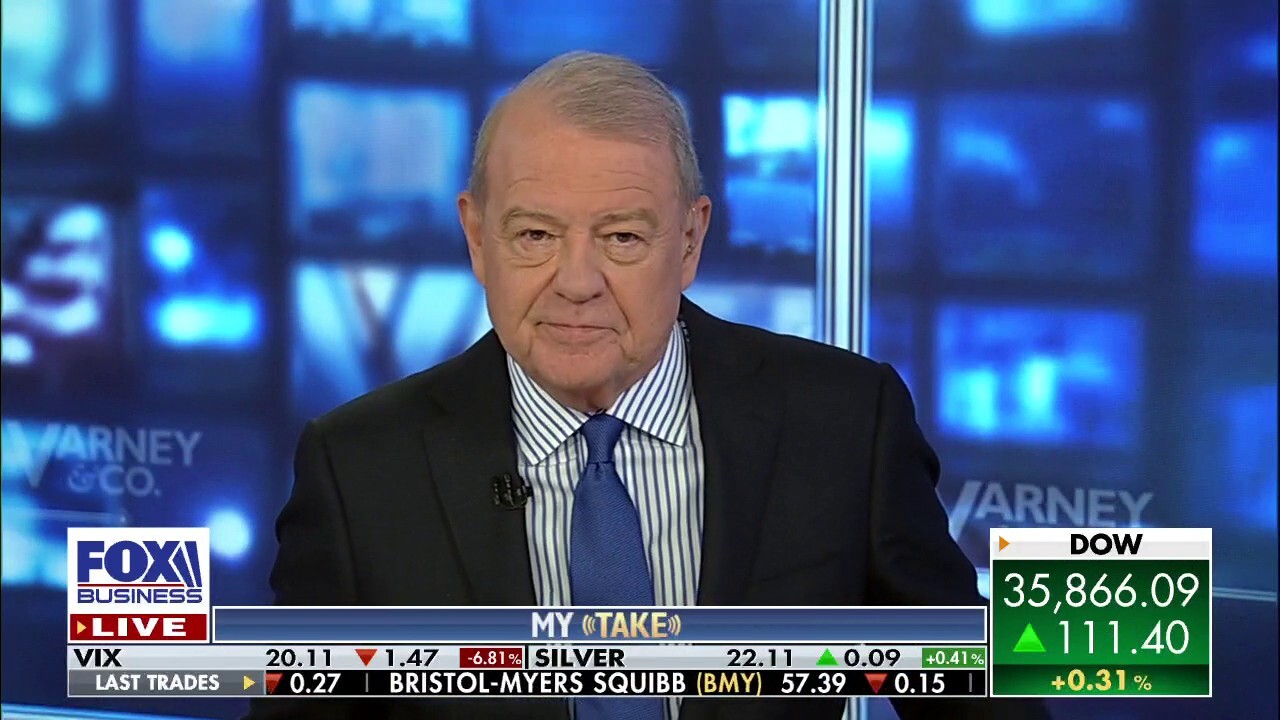 FOX Business' Stuart Varney argues 'it's the Biden administration that’s pushing us over the inflation cliff.'

FOX Business host Stuart Varney sounded the alarm on President Biden and the Democrats’ "dangerous" behavior during his "My Take" Friday, arguing the party abandoned "economic reality" as they continue to push the Build Back Better agenda amid record high inflation.

Prices are going up at the fastest pace since the late 1970s early 1980s. Everybody knows it. Everybody sees it.

But the president hasn't got a clue how to deal with it. He thinks that spending another $4 trillion on his Build Back Better plan will somehow control inflation. And he says, it won't cost taxpayers a dime!

It’s dangerous when a president and his party abandon economic reality.

What is causing inflation?

It’s the wall of money that’s hitting the economy.

It’s the supply-chain mess that makes things scarce. Biden has done nothing to fix it.

The solution to this inflation problem may be very painful. It won't be Build Back Better that "solves" inflation.

It’s the Federal Reserve that has to do it.

When inflation spiked in the late 70s, it was Fed Chair Paul Volcker who 'solved' it by inducing a deep recession. Yes, it was exceptionally painful. But it had to be done.

So what about now?

It’s the Fed's job to contain inflation, and they do it by raising interest rates. And when they do that, the economy slows, sometimes dramatically. That’s what's coming at us, and it is the Biden administration that’s pushing us over the inflation cliff.