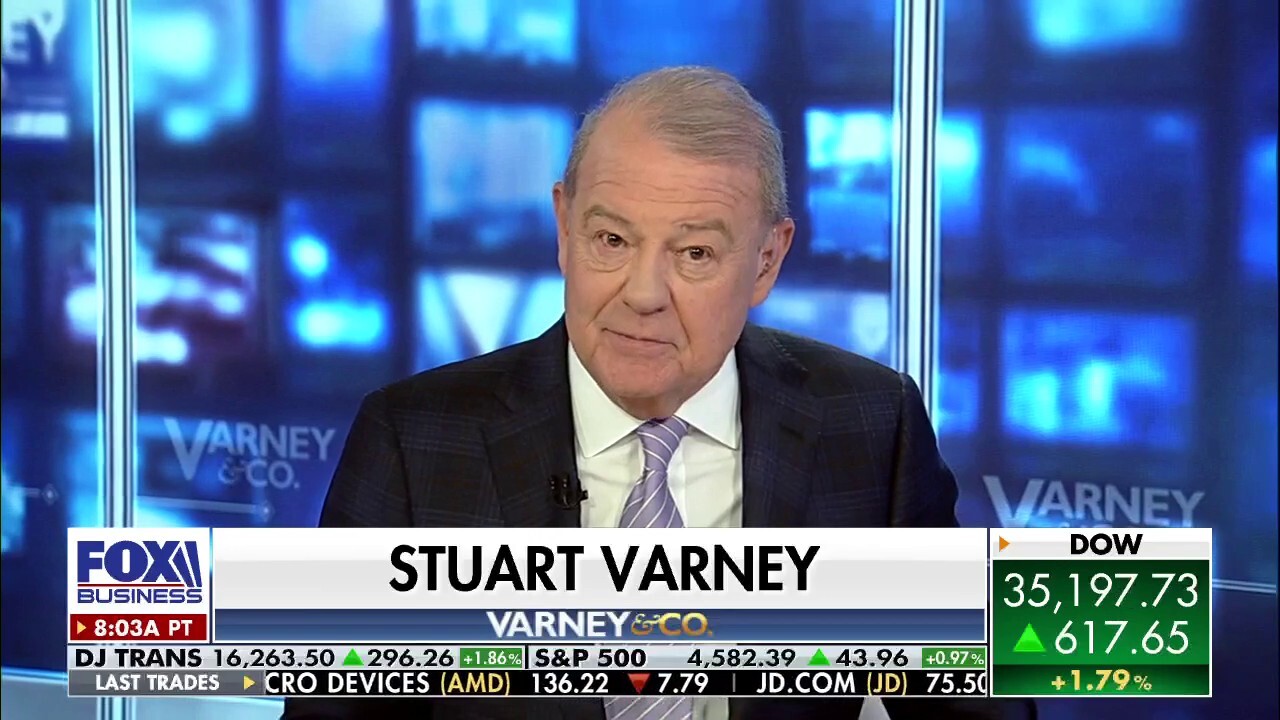 Stuart Varney: AOC’s dismissal of retail crime is ‘dragging’ the Democrats down

In his latest "My Take," "Varney & Co." host Stuart Varney ripped Rep. Alexandria Ocasio-Cortez for her dismissal of "rampant" organized retail crime sprees plaguing U.S. cities, arguing her refusal to acknowledge the crime is "dragging the Democrat Party down."

STUART VARNEY: When you see rampant crime in the street and looters destroying businesses, you know there's a breakdown in public order.

Alexandria Ocasio-Cortez doesn't see it that way.  She says "A lot of these allegations of organized retail theft are not actually panning out.... I believe it’s a Walgreens in California cited it, but the data didn't back it up".

The Retail Industry Leaders Association says, "Respectfully, the congresswoman has no idea what she is talking about."

This is a classic example of the far-left dragging the Democrat Party down. There's crime in the street because of the far-left's intense opposition to the police. Stores are being looted because the far-left supports policies that let criminals go free.

There's no escaping this. It is AOC's policies that are disturbing public order.

Just wait till the massive spending she supports gives us a recession. Or her Green New Deal jacks up energy prices. Or inflation wipes out the earnings of the poor people she claims to represent.

My point is: AOC is no longer an asset to her party. Dismissing the breakdown of public order will not go down well with the public!