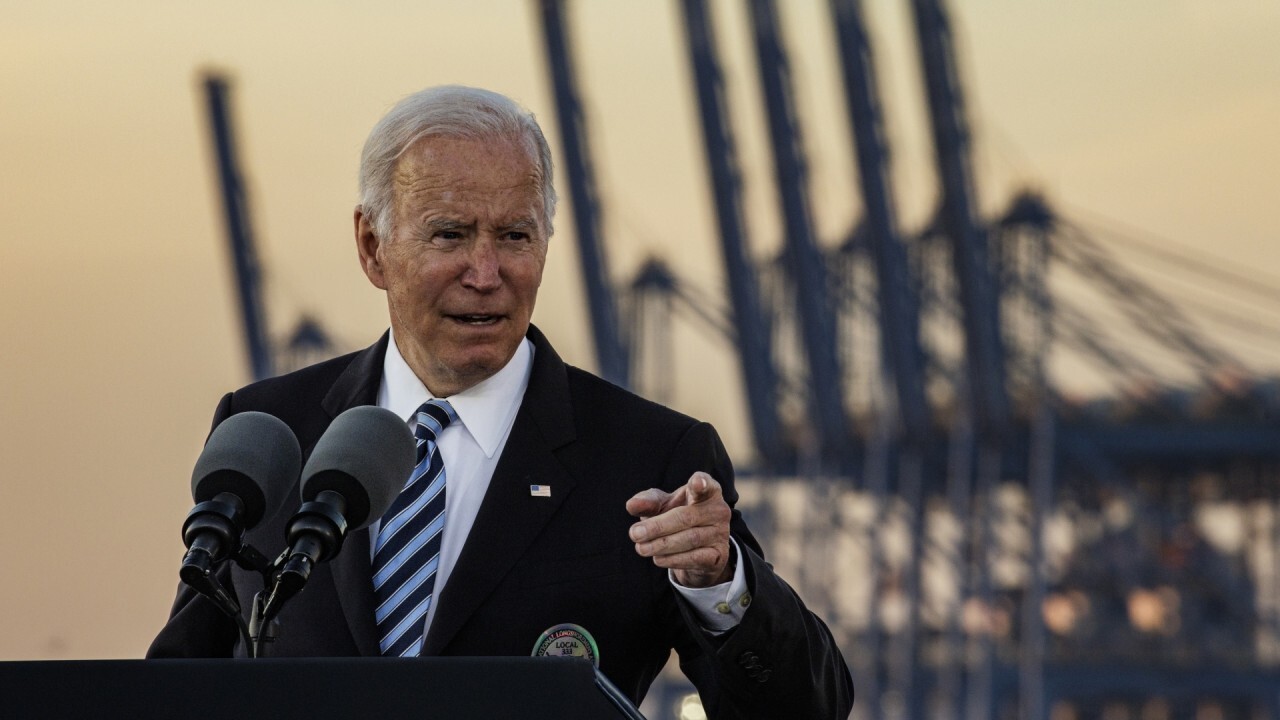 Inflation is here to stay despite what Biden says: Jackie DeAngelis

The 2022 National Defense Authorization Act signed by President Biden Monday included a 2.7% raise for service members in the U.S. military, which amounts to a pay cut when factoring inflation.

The 2.7% rise in pay comes as prices continue to surge for American consumers, with the latest statistics from the U.S. Bureau of Labor Statistics showing that the Consumer Price Index has risen 6.8% over the last 12 months.

Increases in prices have been especially steep in goods Americans consume most, with the price of food rising 6.1% and the price of gasoline rising 58.1% over the last 12 months.

"The situation is serious now because we have not seen this level of inflation in decades," American Enterprise Institute Senior Fellow John G. Ferrari told Fox News Tuesday.

Ferrari, a former U.S. Army Major General who specializes in defense budget research at AEI, said the situation is even more dire for lower enlisted members of the military.

"For Troops at the lowest part of the pay scale, the cost of gas and food may drive some deeper into debt, or they may rely more on food banks," Ferrari said.

WHY INFLATION WILL BE STICKING AROUND IN 2022

The defense budget overall stands to suffer because of inflation, as contractors deal with supply chain issues and rising prices and leaders grapple with trying to compete with adversaries such as Russia and China.

"The president will need to increase 2023 defense spending from his previously announced level of $756B to about $806B to account for inflation overall or else readiness of the force will suffer," Ferrari said.

A Marine is hugged as family and friends are reunited with Marines from the 2nd Battalion, 1st Marines, who had been deployed to Afghanistan, during their homecoming at U.S. Marine Corps Base Camp Pendleton in Oceanside, Calif., on Oct. 3, 2021. (PATRICK T. FALLON/AFP via Getty Images / Getty Images)

The news for troops comes as thousands of service members are set to be cut off from a cost-of-living allowance at the start of the new year, with roughly 48,000 troops stationed in the Continental United States losing the benefit, which is met to offset the cost of high-price duty locations throughout the country.

The news also comes after the Social Security Administration announced a 5.9% increase in payments next year due to the increased cost of living for recipients, over 3 percentage points larger than the increase for service members.

Part of the issue for troops is how pay raises are calculated, closely tracking the prior year's Employment Cost Index. The ECI, which tracks raises to private-sector wages and salaries, came in at 2.7% last year, exactly matching the military raise in this year's NDAA.

Military pay is tied to the ECI by law unless changed by Congress, meaning pay raises do not account for more recent changes in economic conditions such as inflation.

But a larger pay raise could be on the horizon for troops next year, with the third quarter EPI sitting at 4.6%. If that becomes the final figure, a 4.6% pay increase would be the largest for troops since 2002.

While such a large increase would be a step in the right direction, Ferrari believes the president could go further to help combat inflation's impact on military wages.

"The president is preparing his 2023 budget, and if he follows the statute to set the raise it will be about 4.7%, which is likely going to also be below the rate of inflation, making the real pay cut even worse," Ferrari said. "The president could propose a higher raise, as much as 6.8% to match current inflation."