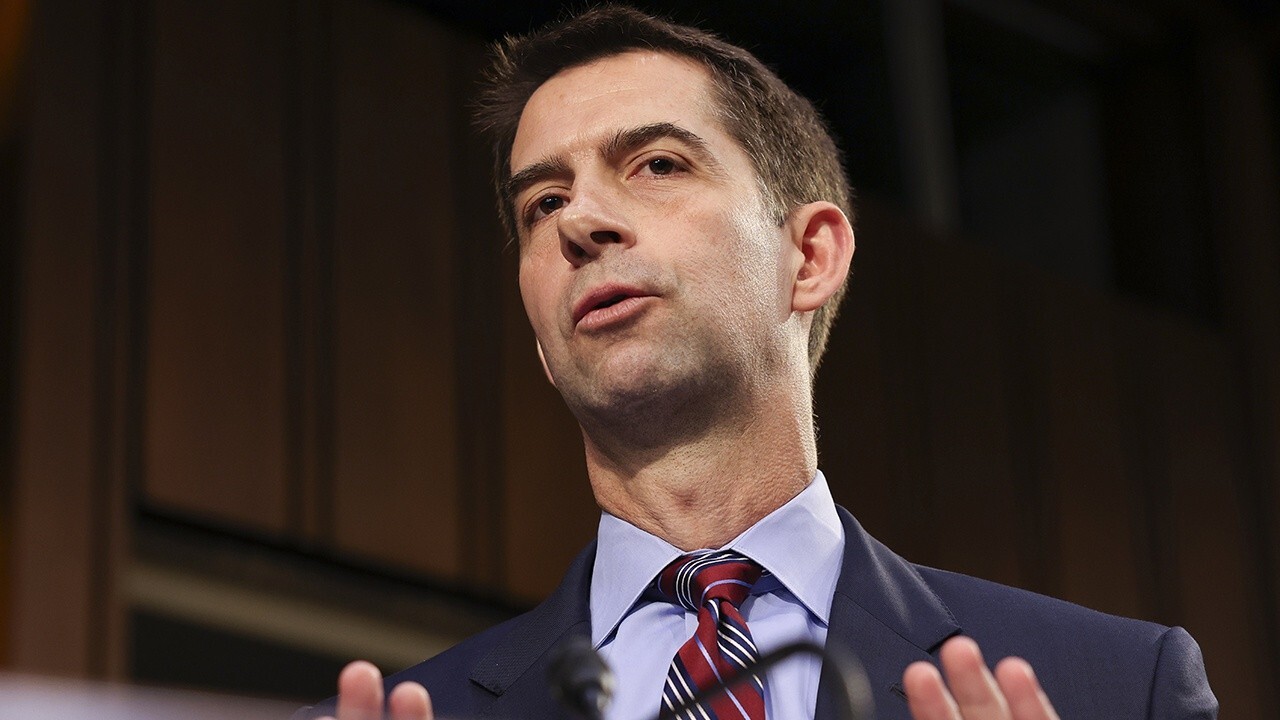 Tom Cotton: Schumer will blow up the infrastructure bill if he doesn't get what he wants

In a piece for National Review, Cotton argued that China is the most aggressive and prolific abuser of free trade anywhere in the world, and that Raimondo is contributing to its predation by further entangling our economies.

Raimondo told the Wall Street Journal last month that she would seek to improve U.S. business ties with China, and that she plans to lead delegations of U.S. CEOs to China to hunt for business and discuss longstanding trade issues.

"Secretary Raimondo is not only doing the bidding of the China Lobby — she’s actively recruiting for it," Cotton wrote. "In an irresistible feedback loop, American businesses go to China, get hooked on cheap Chinese capital and labor, turn a blind eye to the CCP’s human-rights abuses and technology theft, and then lobby in Washington for greater entanglement with the PRC."

"Perhaps most outrageously, Secretary Raimondo has asserted that ‘there’s no point in talking about decoupling’ our economy from China’s," he continued. "In just seven words, Raimondo threw away all leverage she may have had in negotiations with the Chinese.

"The possibility of economic decoupling is one of the most potent threats the U.S. can wield over China," he added. "It would cost China trillions of dollars and access to the most reliable and desirable market for Chinese businesses. By taking it off the table, Raimondo guaranteed that negotiations would be a failure before they’d even begun."

Cotton argued that economic decoupling from China, while disruptive, is both possible and "badly needed," and that the United States’ reliance on the communist country for everything from medicine to machine tools "is not sustainable and must be ended."