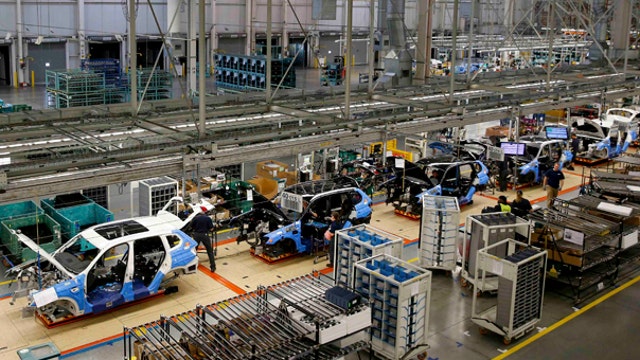 Yes, unions sure are good at goading others to strike for higher wages... but when it comes to saving their own union hineys, they're perfectly happy not saving ALL union hineys.

The United Auto Workers union is now pushing lower pay for new workers, if it still means union jobs. In other words, the very two-tiered pay structure they hated in other places (like, I don't know, fast food places), they're perfectly willing to accept for themselves, as long as it's not existing union members feeling the pinch.

But wait, wasn't that the argument fast food employers made against an across-the-board wage hike? That high school workers, or those just part-time, shouldn't get the same $15 someone else does?