Businesses in oil-rich Texas are bracing for the impact that the proposed climate policies of Democratic presidential contenders could have on their bottom lines, as voters head to the polls this week for the state’s presidential primary.

Between 2000 and 2011, the dusty fields of West Texas were a dead zone, never producing more than 399 million barrels of oil in a year. But now, the Permian Basin is in the middle of a black gold rush, pumping out crude oil around the clock.

“You're looking at $2.5 billion to $3 billion that has been poured into this area,” Hunter Wallace, chief operating officer of Atlas Sand, a frac sand company, told FOX Business.

AMERICAN SATISFACTION WITH US POSITION IN WORLD NEARS 2-DECADE HIGH

Wallace said candidates like Sens. Bernie Sanders, Elizabeth Warren and Amy Klobuchar – who are co-sponsors of the progressive climate legislation that would wean the U.S. off fossil fuels in the next 10 years – aren't calculating the impact that would have on the local economy in Texas.

“Shutting down domestic production here doesn’t mean oil won’t be produced somewhere else – you can't just go putting policy in place that's going to shut off the spigot,” Wallace said. “And then all the sudden, oil and gas no longer gets produced. It will get produced and it will get produced in a less economic way where regulations are not as strict.”

Last year, the oil and natural gas industry in Texas supported more than 420,000 direct jobs and brought in $16 billion in tax revenue, the highest level in state history. But plans like the Green New Deal would take the industry offline and leave thousands without work.

HOW A STRONG ECONOMY FACTORS INTO PRIMARY VOTING

A recent economic impact report of the Green New Deal by the conservative-leaning Competitive Enterprise Institute found that the deal could cost swing state households at least $74,000 in the first year of implementation. Todd Staples, president of the Texas Oil and Gas Association, said the proposal could add up to an additional $600 a month for Texas residents.

“That’s the irony of their policies, it’s so destructive to the poor and the middle class,” Atlas Sand founder Bud Brigham told FOX Business. “Without a doubt, it would raise energy costs dramatically. For the poor and middle class, energy costs are a big part of their budget, the very people they act like they are representing.”

But the Texas Democratic Party says the ideals behind the Green New Deal are generally supported by Texans, but the way the legislation has been marketed has been misleading to voters.

“When it comes to the actual implementation of what the Green New Deal wants to achieve, the majority of Americans and Texans both support that.”

The impact of taking the oil industry in Texas offline wouldn’t just hit big companies but would trickle down to small businesses that have popped up to support the growing production.

Israel Campos, who started Pody’s BBQ in 2011, said business is better than ever and legislation like the Green New Deal would have an impact on his restaurant’s bottom line.

“All these people would go away,” he told FOX Business. “Our business wouldn't be here ... They seem not to care about how it's going to affect us if they shut down this whole area.” 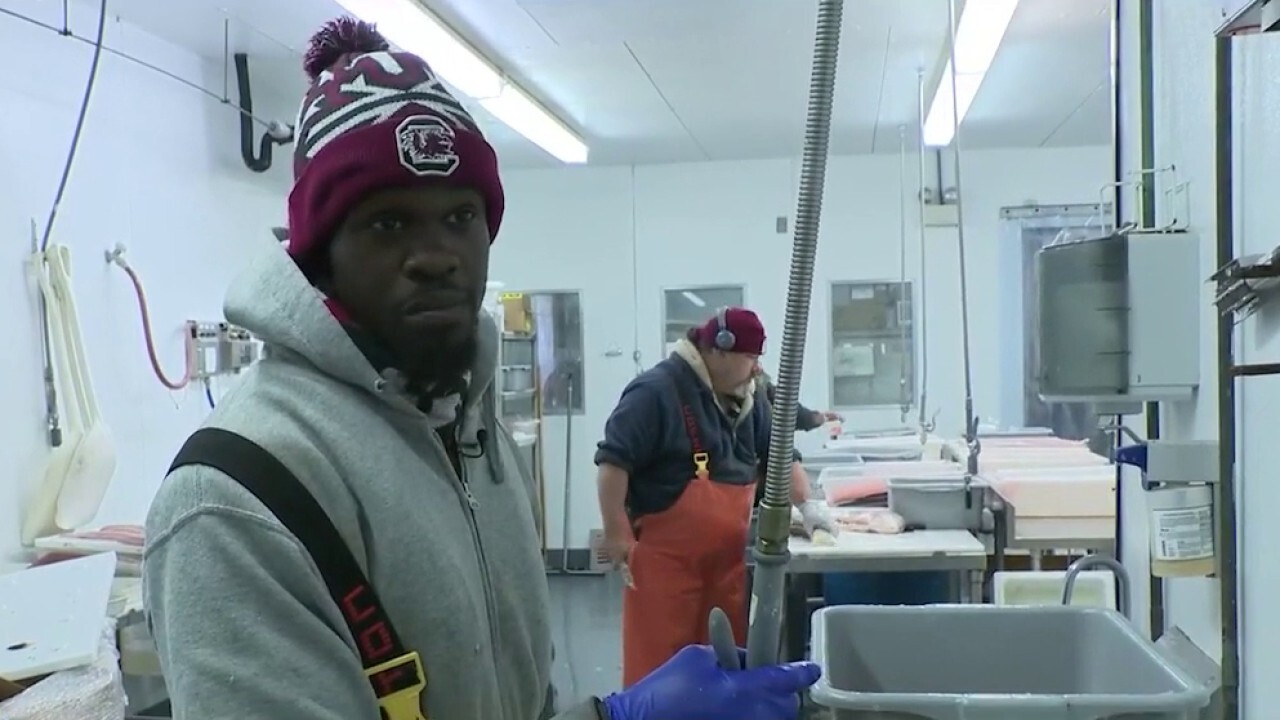 Campos is a Democrat and ran for local office, but he says the climate policies of Democratic presidential candidates don’t reflect what the party in Texas needs.

“All those decisions they make, they trickle down to us and they affect us directly,” he said. “We're, supposed to be the constituents for the Democrats, this is a Democratic county. They need to be watching out for us as well.”

Campos says policies like the Green New Deal would wipe out his customer base and that candidates should visit communities to see how their proposals affect “mom and pop” shops.

“I'm an American first,” he said. “If Donald Trump is doing good for this area, that's what I'm going to go for. I need to take care of my family. I'd rather be working here than on food stamps and government assistance.”