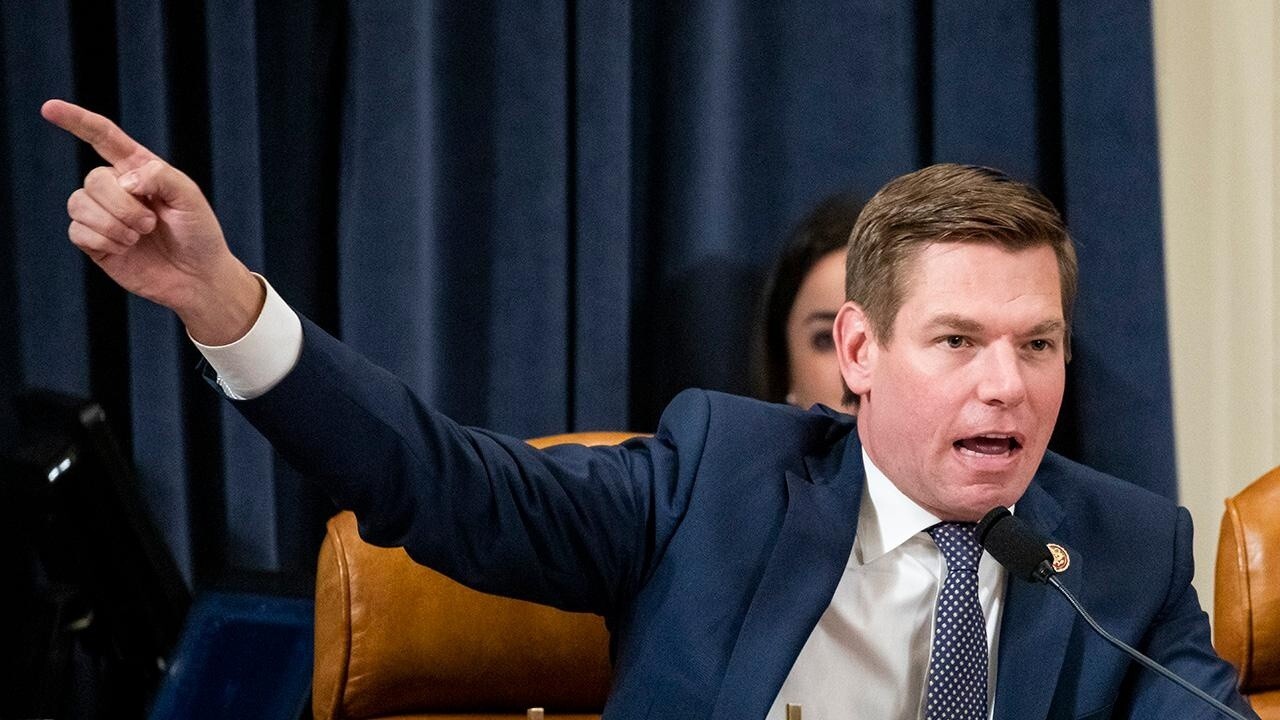 Jim Trusty reacts to 'disgusting statement' made my Eric Swalwell

Former DOJ prosecutor reacts to the surge in police officer resignations and the California Democrats' comments about Jan. 6

Rep. Eric Swalwell, D-Calif., and a handful of other House Democrats have expressed their support for a federal COVID-19 vaccine requirement to be allowed to board airplanes.

Swalwell pushed the idea of an air travel vaccine requirement on Twitter Sunday, writing a "prediction" that the country "can go from 60% Americans vaxxed to 80% if we require vaccines to fly."

Swalwell was quick to jump on the bandwagon, announcing just minutes later that he would be hitching himself to the legislation.

Conservatives have been outspoken against federal vaccine mandates of all kinds, viewing them as government overreach.

Talks on whether the Biden administration will implement a vaccine requirement for air travel have swirled amid the president’s ban on international travel from several African countries.

"I would say that nothing is off the table, so including domestic travel," Psaki said, noting that there are "some strong protections in place already, including the requirement of mask wearing."

The White House is set to extend its mask mandate to March 18, adding a doubling of fines if individuals are noncompliant with the requirement. The current mask mandate was slated to expire on Jan. 18 following an extension last August.