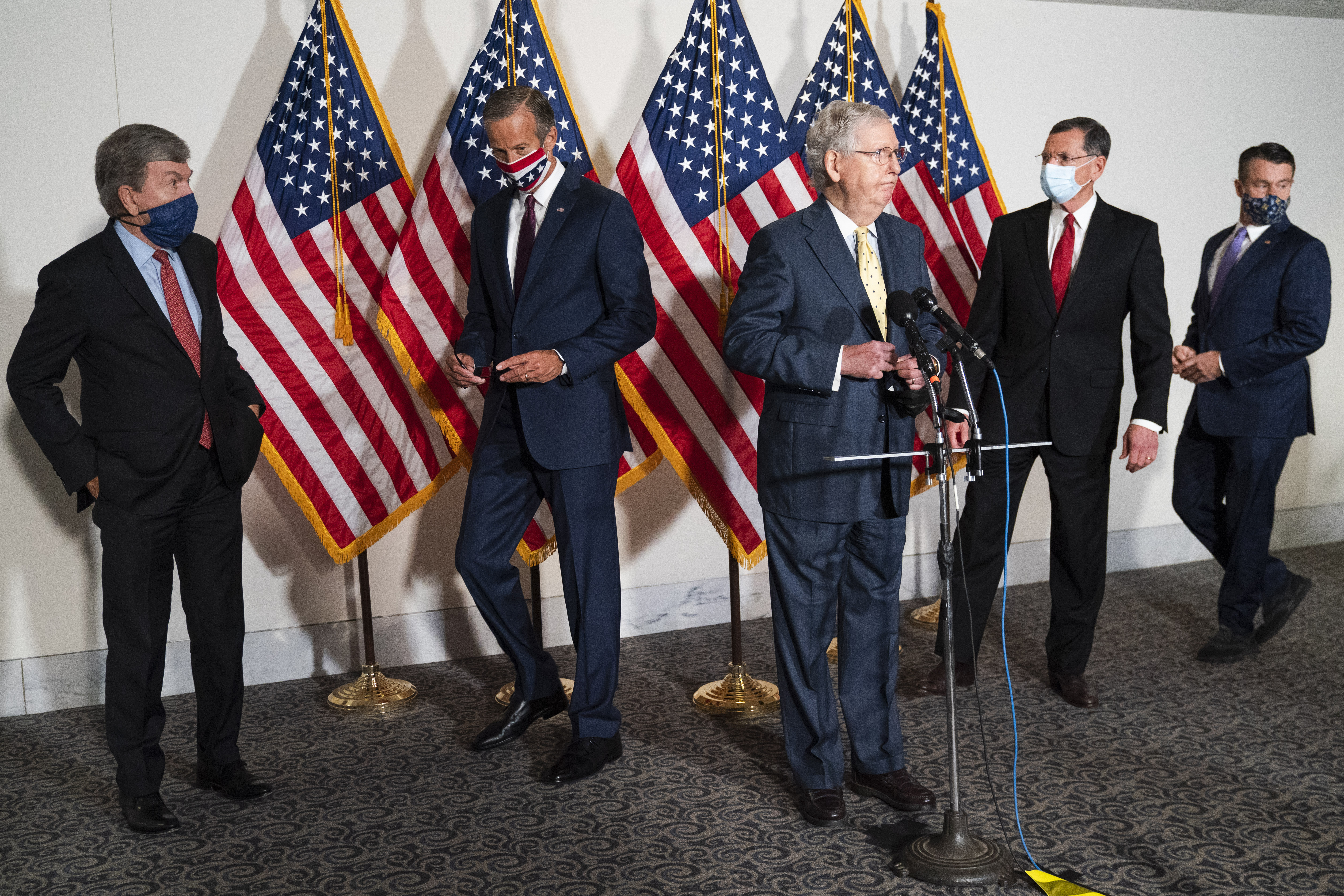 A GOP coronavirus relief package faces dire prospects in a Senate test vote, and negotiators involved in recent efforts to strike a deal that could pass before the November election say they see little reason for hope.

Instead, it's looking increasingly likely that all Congress will do before the election is pass legislation that would avoid a federal shutdown as lawmakers head home to campaign.

Senate Majority Leader Mitch McConnell, R-Ky., said he was “optimistic” that Republicans would deliver strong support for the GOP's $500 billion slimmed-down COVID-19 rescue package in Thursday's procedural vote, but a Democratic filibuster is assured. Democrats have indicated they will shelve the Republican measure as insufficient, leaving lawmakers at an impasse.

There’s no indication yet that bipartisan talks that crumbled last month will restart.

“Unless something really broke through, it’s not going to happen,” said Sen. Richard Shelby, R-Ala., chairman of the Senate Appropriations Committee.

The stalemate is politically risky for all sides heading into the fall election, which will decide not only the presidency, but also control of Congress.

LA TO FURLOUGH 15,000 WORKERS BECAUSE OF VIRUS LOSSES

While nationwide coronavirus cases appear to be at a plateau, there is still widespread economic hardship and social unease in homes, schools and businesses affected by closures. Experts warn that infections are expected to spike again if Americans fail to abide by public health guidelines for mask-wearing and social distancing, especially amid colder weather and flu season.

McConnell said Democrats have not backed off what he said were unreasonable demands. He accused Democrats of acting as though it is to their political advantage to deny Republicans and President Donald Trump a victory on the virus so close to Election Day. Without Democratic votes, the GOP bill cannot reach the threshold needed to advance the aid plan.

“They do not want any bipartisan relief,” McConnell said.

But the top Democrat, Sen. Chuck Schumer of New York, said Republicans are “so out of touch." He predicted Republicans and the White House “may yet be forced to come back to the table because COVID is the major issue that’s facing the American people.”

The stalemate has left McConnell and Republicans to say that they support a short-term spending measure, called a continuing resolution, or CR, that would avert a government shutdown at month’s end and set up a post-election lame-duck session to deal with any unfinished Capitol Hill legislation, which could include coronavirus relief.

“My guess would be that if we leave in September with a CR, we will not come back to do anything before the election,” said Sen. Roy Blunt, R-Mo.

Shelby said lawmakers from both parties want to return home to campaign rather than stick around Washington.

Schumer said he has not decided whether to support a December date for a stopgap measure. Some Democrats, confident about presidential nominee Joe Biden's prospects in November, want to push unfinished spending bills into next year and therefore avoid dealing with Trump in December. The nation's longest-ever government shutdown unfolded as 2018 turned into 2019.

The Republican measure headed for a test vote Thursday would:

— Enact a shield against lawsuits for businesses and others moving ahead to reopen.

— Write off $10 billion in earlier debt at the U.S. Postal Service.

— Set aside $31 billion for a coronavirus vaccine, $16 billion for virus testing and $15 billion to help child care providers reopen.

— Devote $258 billion for a second round of paycheck protection subsidies.

But it does not contain a new round of $1,200 direct payments going out under Trump’s name, and the new $300 weekly jobless benefit would expire just after Christmas, on Dec. 27. The GOP bill also lacks money for election security that lawmakers from both parties have supported.

Democrats say the GOP bill is far too small and leaves out important priorities, including hundreds of billions of dollars for state and local governments, more generous jobless benefits, and help for renters and homeowners, along with other provisions in the House Democrats’ $3.5 trillion relief bill that passed in May.