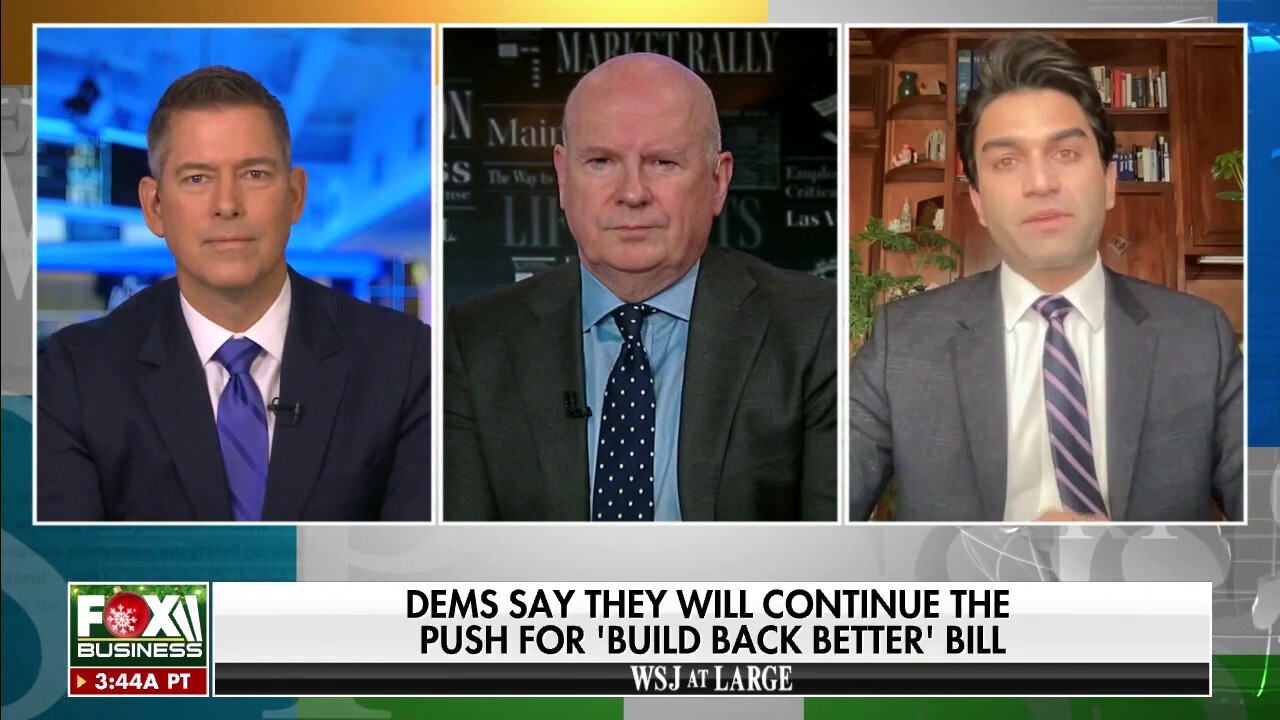 Build Back Better bill shouldn’t be ‘counted out’ just yet: Creative Caucus co-founder

Sen. Roy Blunt, R-Mo., argued that the U.S. can’t solve its economic problems by "just dropping money on top of more money" as he called for a cap on the child tax credit in an effort to combat inflation.

Blunt plans to retire by not seeking re-election in 2022, but he plans to make clear his concerns about the economy and how the Biden administration has handled a growing crisis before he leaves. U.S. inflation hit the highest level seen in 39 years as consumer prices surge.

Inflation remains among his chief concerns, and Blunt believes the Biden administration and congressional Democrats have only further compounded the nation’s issues by spending as they can.

"Putting more money into the economy at a time when the economy is overheated I think is a bad idea," Blunt said on "Fox News Sunday." "Obviously, we want to get people back to work. There are jobs available. People are trying to get people to come and work with them and make the country function economically, but we can’t solve every problem by just dropping money on top of more money."

Blunt said the administration made a "big mistake" by adding massive spending bills to its agenda as a means to combating rising inflation – levels of which he believes the country cannot handle and will continue to grow more severe.

"Six-point-eight percent inflation could become something bigger than that, and 6.8% is bigger than we can handle right now," Blunt argued.

"Putting a cap on families in need is what we can do, should do and would do in the country, and could do in a bipartisan way," Blunt said.

"Families are suffering whether the administration and Democrats in the Congress want to admit that or not," Blunt added. "This is not a transitory problem, it’s a real problem, and this is no time to make that problem worse."