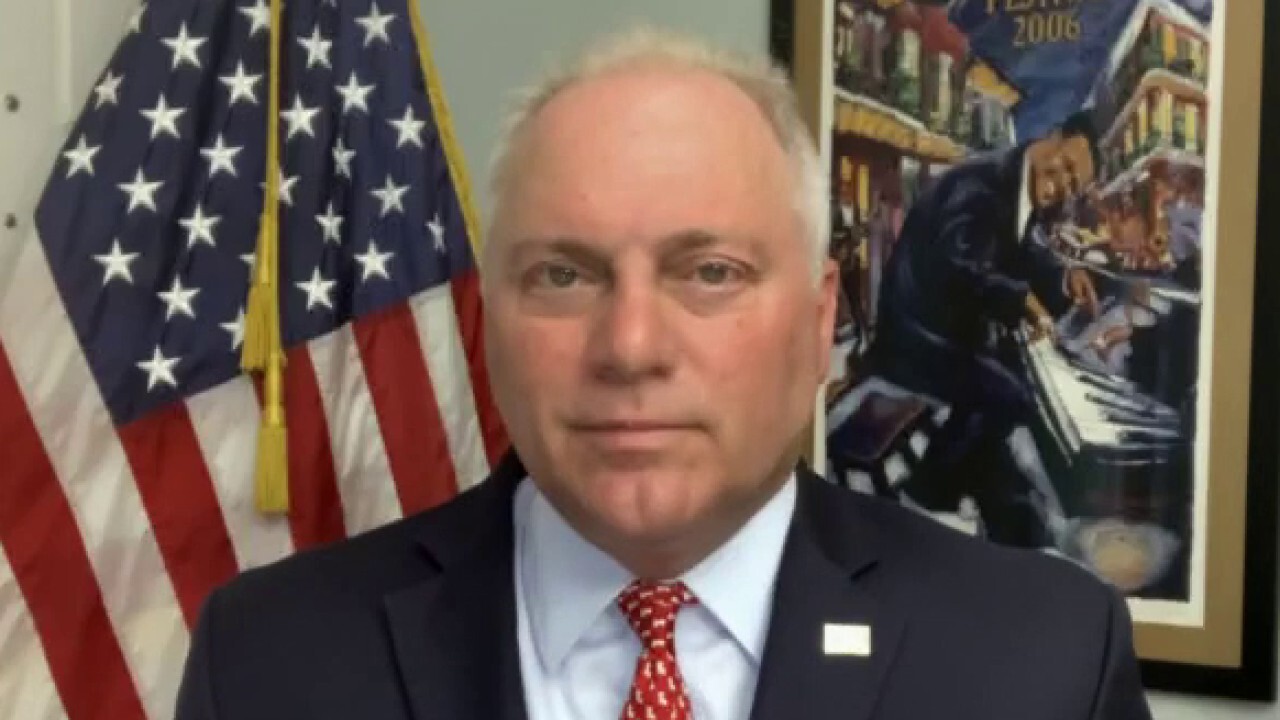 Every American family will be impacted by infrastructure spending: Rep. Scalise

Senate Majority Leader Chuck Schumer said the $3.5 trillion budget blueprint that Democrats passed on Wednesday will have "transformational" consequences for the American people if implemented.

Far from shying away from sweeping reforms at the helm of one of the slimmest of majorities in Congress ever, the Democratic leader openly acknowledged his party is seeking to make big structural changes not seen in the U.S. for generations.

"The Democratic budget resolution is transformational," Schumer said Wednesday at the Capitol after the legislation passed the Senate. "It's probably the most significant single piece of legislation that we have seen, certainly in decades. And Bernie Sanders thinks since [President Franklin D.] Roosevelt."

SCHUMER ON DEBT LIMIT FIGHT: 'I CANNOT BELIEVE THE REPUBLICANS WILL LET THE COUNTRY DEFAULT'

Sanders, who spearheaded the legislation as chairman of the budget committee, has said Democrats are trying to enact changes that rival FDR and the New Deal of the 1930s.

The partisan budget proposal passed the Senate in a 50-49 vote early Wednesday and now heads to the House.

"It's big. It's bold. It's strong," Schumer said. "And it will be paid for by making our tax code more progressive and more fair without raising taxes on working families and small businesses [but] by asking corporations and the wealthy to pay their share."

Republicans have panned the Democrats' plan as everything from a "socialist" takeover of America to a tax-and-spending spree that will drive up inflation. Democrats are using a process called budget reconciliation to pass the spending plan without any GOP support.

Schumer acknowledged the legislation faces an uphill climb. He tasked his committee chairs to write up the thorny details of the proposals by Sept. 15 which will set up another dicey vote in the Senate. Already, Sen. Joe Manchin, D-W.Va., has expressed reservations about that magnitude of spending. All 50 Democrats will need to be on board for the legislation to pass.

And meanwhile in the House, Speaker Nancy Pelosi, D-Calif., has the slimmest of majorities. She'll have to balance the concerns from both progressives and moderates to ensure her caucus is united in also passing the $3.5 trillion budget plan and a separate $1 trillion bipartisan infrastructure bill that the Senate approved Tuesday.

"We have no illusions [that] maybe the hardest work is yet to come," Schumer said. "But we are united in a desire to get it done."