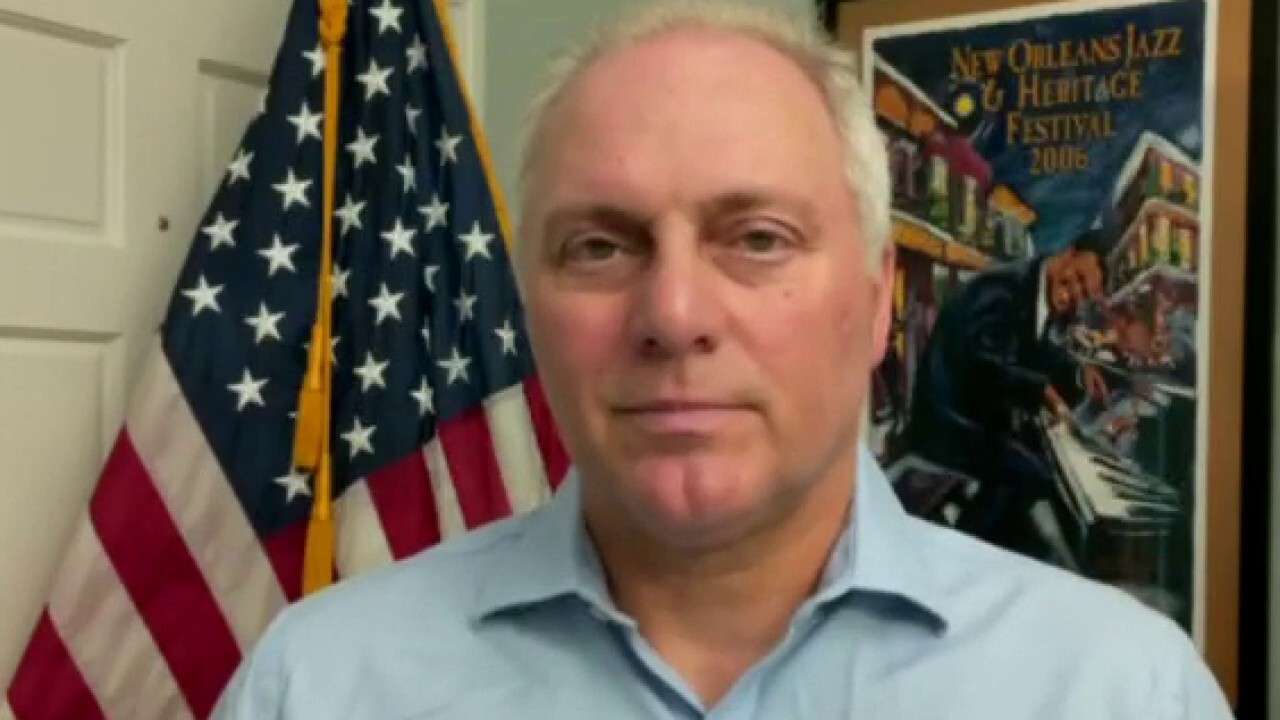 Rep. Steve Scalise breaks down the consequences of the Democrats' spending bill on 'Kudlow'

In an interview with Fox Business on Wednesday, Scalise detailed his work to whip House Republicans to vote against both the infrastructure package and the $3.5 trillion spending package, which he called the "tax hike and spend bill." The minority whip warned that the multi-trillion dollar bills would "pour gasoline" on the fire of rising inflation.

"President Biden's agenda has dramatically increased inflation, and they're trying to pour gasoline on that fire," Scalise said. "But I would argue they don't have the votes right now to get this done, and you can see the internal fight within the Democrat conference where the socialists are fighting with the liberals."

Scalise remarked that the "socialists" were pushing for the "tax and spend bill" on the docket first, while the "liberals were trying to get the infrastructure bill" up first.

"And they don't even know what bills they're going to bring to the floor next week," he said. "But I think some of that is due to the fact that they don't yet have the votes to get this passed."

The No. 2 House Republican said that one part of the Democrats’ "troubles relates around the fact that this policy is starting to negatively impact families."

"They're seeing how families have tied the increase in spending in Washington to higher inflation, and if you add trillions in new spending as well as trillions in new taxes, you're only going to make inflation worse," Scalise said.

"And they know that's going to hurt their members, and it's already hurting them in the polls," he continued.

Scalise said House Republicans are working hard to kill the Democrats’ bills as House Speaker Nancy Pelosi, D-Calif., pushes for the infrastructure package to be brought the House floor for a vote.