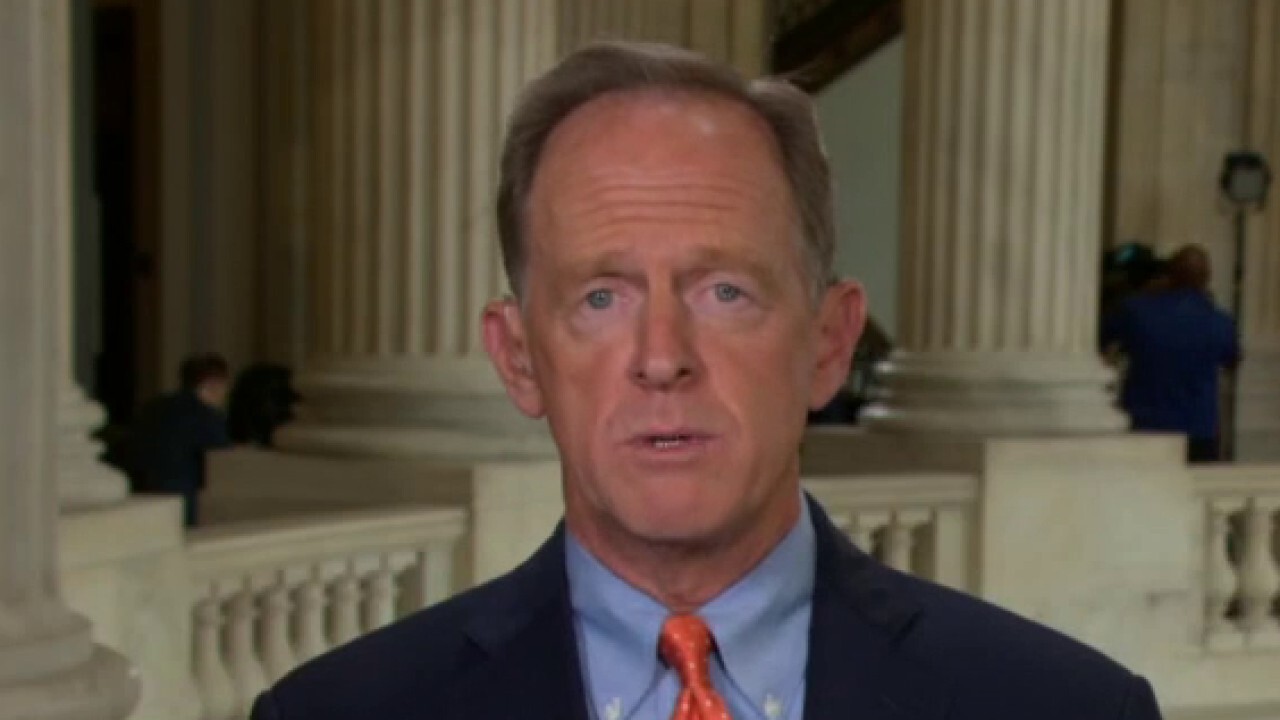 Sen. Pat Toomey explains why he is 'really concerned' about infrastructure bill

Pennsylvania Republican weighs in on the bipartisan infrastructure plan on 'Kudlow'

Rep. Kevin Brady, R-Texas, who is the ranking member on the House Ways and Means Committee, said in a statement to FOX Business on Thursday that the estimates detailing how much the IRS is due, but doesn’t collect, may be inaccurate.

"We need concrete analysis to find the right way to close that gap, as the administration’s own estimates are based on pre-TCJA data from seven years ago and wild guesses on foreign transactions, cryptocurrency, concealed income, and other sectors," Brady said.

He added that the 2017 Tax Cuts and Jobs Act closed loopholes, eliminated tax shelters, and simplified the tax code.

Closing the tax gap via increased IRS enforcement was one of the revenue-raising measures being considered by a group of bipartisan lawmakers seeking avenues to fund their infrastructure plan. The measure has, however, broadly lost support among Republicans.

Sen. Mike Crapo, R-Idaho, who is the ranking member of the Senate Finance Committee, brought up similar concerns about the $1 trillion tax gap estimate earlier this year.

In a letter sent to IRS Commissioner Charles Rettig in May, Crapo asked for clarification as to where the figure came from before Congress began making policy decisions based on it.

Crapo renewed his request for additional details about where the $1 trillion tax gap estimate came from in June during a congressional hearing.

During the hearing, Crapo noted that he had received a response from Rettig, which was lacking.

His office told FOX Business on Thursday that it has still not heard back regarding his request for more clarity on where the U.S. was losing out on the collection of lawfully due taxes.

During a hearing earlier this year, Rettig said the tax gap may exceed $1 trillion per year, extrapolating based on the growth of cryptocurrencies, foreign-source income and other items.

The most recent analysis shows that the gross tax gap for tax years 2011 to 2013 is estimated at $441 billion.

Sen. Rob Portman, R-Ohio, said last week that increased IRS funding was off the table as a group of bipartisan lawmakers attempts to iron out an infrastructure agreement amenable to both parties. The funding was intended to enhance enforcement efforts and close the tax gap by giving the agency resources to go after tax cheats.

Portman indicated Republicans were pushing back on the idea.

Axios first reported earlier this month that conservative group the Coalition to Protect American Workers began running a six-figure ad targeting Republicans over the plan to beef up IRS enforcement. The ad, which was expected to run in Kansas, warned residents that "an army of IRS agents" would come knocking at their doors.

Sen. Joe Manchin, D-W.Va., told reporters on Wednesday that even if IRS enforcement funding did not make it into the infrastructure bill, it would pass in another form.