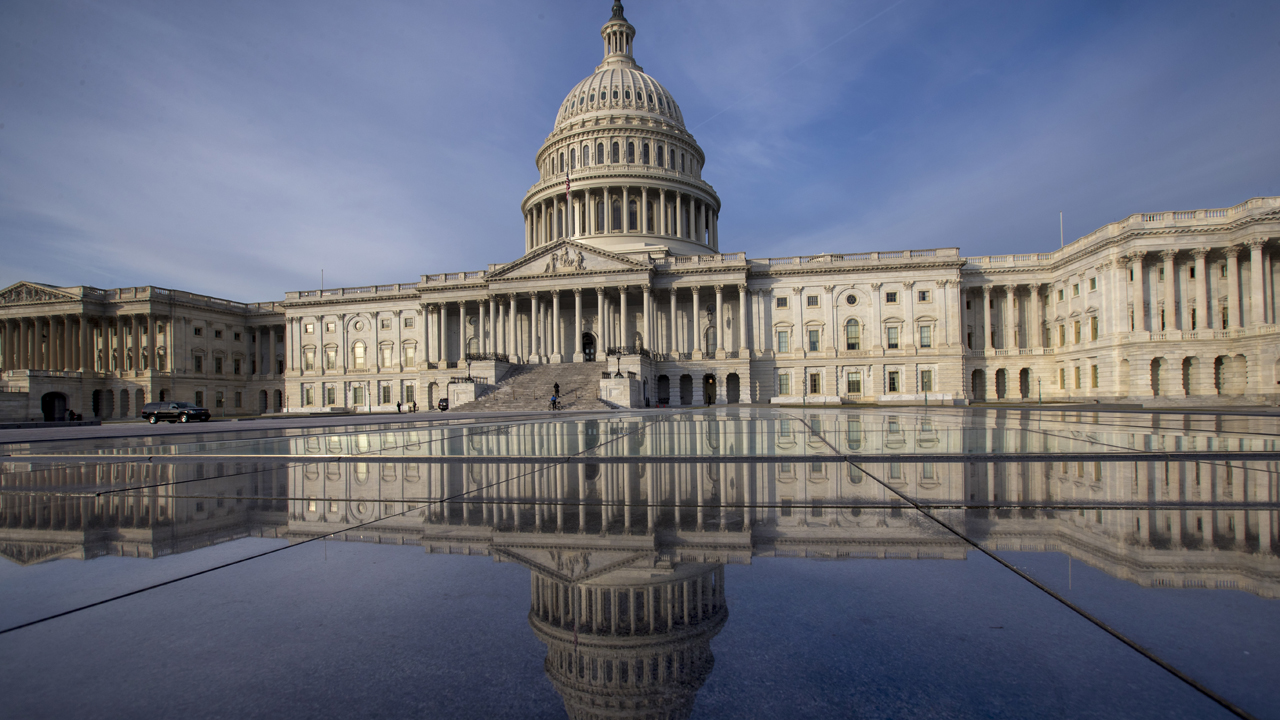 A group of moderate Senate Republicans on Thursday unveiled a scaled-back infrastructure proposal worth close to $1 trillion, a counteroffer to the massive tax-and-spending plan introduced by President Biden earlier this month.

The counteroffer, which is up from the Republicans' initial $568 billion proposal, focuses on core infrastructure projects, including roads and bridges, public transit, ports and waterways, and broadband. The measure would be paid for by repurposing unused federal funds previously allocated for coronavirus relief efforts.

"We want to focus on actual infrastructure," Sen. Pat Toomey, R-Pa., said during a Thursday morning news conference. "We can reach an agreement if we focus on those items." Toomey drafted the proposal along with Sens. Shelley Moore Capito of West Virginia, John Barrasso of Wyoming, Mike Crapo of Idaho, Roger Wicker of Mississippi, and Roy Blunt of Missouri.

The proposal will not affect the 2017 tax law that slashed the corporate tax rate to 21%; Biden has proposed raising the rate to 28% to pay for his plan.

Their counteroffer comes less than one week after Biden lowered the size of his proposal to $1.7 trillion from an initial $2.25 trillion.

While the $928 billion offer is much closer in line to Biden's target, there remains an ideological gulf between the two sides over what constitutes infrastructure. The GOP's plan notably does not include new spending on a wide range of areas where Biden has recommended billions, such as electric vehicles, elder care and veterans hospitals. Barrasso on Thursday lambasted those spending proposals from the White House as "socialism camouflaged as infrastructure."

Unveiled in March, Biden's proposal – dubbed the American Jobs Plan – would allocate more than $2 trillion in new spending on traditional infrastructure like roads, bridges and transit systems, but also on programs that aim to vastly expand the government-funded social safety net.

It's unclear how the Biden administration will react to the counteroffer, just days after negotiations between the two sides appeared to fall apart. White House press secretary Jen Psaki on Monday declined to comment on whether Biden would support a $1 trillion infrastructure package that left the Tax Cuts and Jobs Act intact, but said his "only line in the sand is inaction."

Sen. Elizabeth Warren, D-Mass., said the plan was not "a serious counteroffer."

"They don't have pay-fors for this," she said during an interview on MSNBC. "They have this illusory notion of how we’re going to take money that’s already been committed to other places and other spending."

With narrow majorities in the House and Senate, Democrats have the option to bypass Republicans and approve the measure on a party-line basis using a procedural tool known as budget reconciliation, a path that some liberals want to take. But Biden has maintained that he wants to secure a bipartisan agreement after Democrats passed the $1.9 trillion American Rescue Plan earlier this year without a single Republican vote.