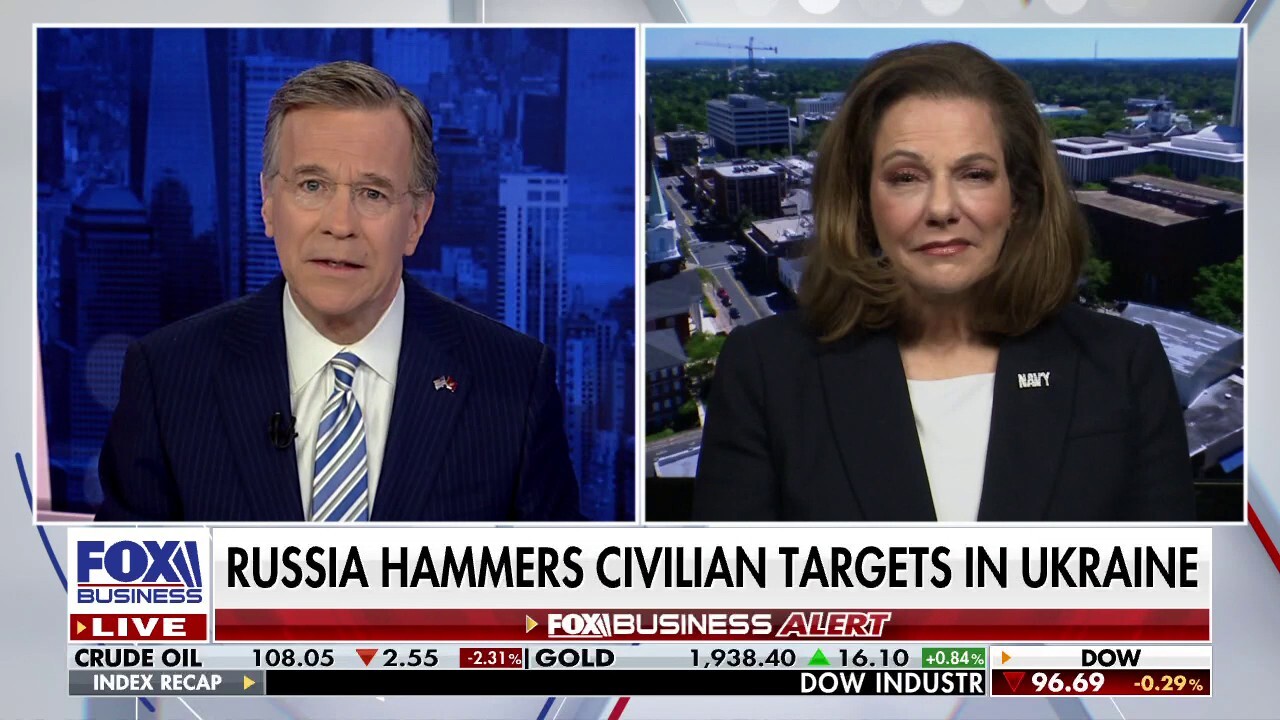 Ukraine was lost a year ago: McFarland

The Keystone XL pipeline was halted by the administrations of both President Obama and President Biden which critics, including one expert who spoke with Fox Business, say only exacerbated the current predicament the United States faces as it continues to purchase oil from Russia as it invades Ukraine, a U.S. ally.

Several news outlets including the Washington Post and CNBC have posted headlines admonishing those who invoke Biden’s cancellation of the Keystone XL pipeline as the United States continues to buy oil from Russia while the country’s military wreaks havoc in Ukraine.

Several Republicans across the country have disagreed with that assessment including South Carolina Sen. Tim Scott.

"The United States imports nearly 600,000 barrels of oil a day from Russia—an amount that could have been made up for by the more than 800,000 barrels of oil the Keystone XL pipeline is capable of delivering each day if the Biden administration hadn’t stood in the way," Republican Sen. Tim Scott wrote on Fox News this week. "As Vladimir Putin conducts his evil and unprovoked attack on Ukraine, now more than ever, we must cut off our energy dependence on Russia while turning up our energy production here at home."

White House Press Secretary Jen Psaki shot down a question about the potential impact of the Keystone XL pipeline, which Biden halted in 2021, and said the pipeline has never been operational and would therefore take "years" to have an impact. Had it not been canceled twice, though, during the Obama and Biden administrations, it would likely be near completion.

Jason Modglin, President of the Texas Alliance of Energy Producers, told Fox Business on Thursday that the Keystone XL pipeline along with other pipelines would in fact make a difference in the short and long term.

"Keystone would have absolutely made a difference because it would have lowered the cost of Canadian crude to get to the markets that it needs to get to in order to be refined and shipped to be utilized here in the United States," Modglin said. "And so by canceling Keystone, it artificially raises the price of Canadian oil and allows for the Russians to undercut that."

Modglin added that the current energy crisis represents an "opportunity" for the president.

"This is an opportunity for the president to express a long-term vision for energy security for the United States and our allies around the world," Modglin said. "That starts with accelerating pipeline development here in the United States, accelerating LNG export terminals and trade agreements with our allies and, frankly, partners who are not fully free-trade partners with us. That’s the best way to compete against Russian oil around the world is to unleash American innovation and production."

"President Biden started off his administration by kneecapping America's ability to produce energy, and I think that that's a huge problem," Robinson said. "And we're seeing the consequences of that now."

On Thursday, House Speaker Nancy Pelosi voiced support for banning all Russian oil imports into the United States in order to cut off the revenue stream for Putin’s aggression in Ukraine.

"I'm all for that. Ban it," Pelosi said Thursday at a press conference at the Capitol.

Politicians on both sides of the aisle have called in recent days for the United States to halt its purchases of oil from Russia in order to avoid financing Putin’s war in Ukraine.

"To put up barriers to natural gas projects & the benefits they provide while Putin is actively & effectively weaponizing energy against our allies is absurd," Democrat Sen. Joe Manchin posted on Twitter Thursday. "We need to instead increase access & strengthen our ability to use energy to fight for our values & support our partners."

When asked about whether the United States was financing Russia’s war with Ukraine by purchasing oil from the country, White House Press Secretary downplayed that idea.

"It’s only about 10% of what we are importing," Psaki said, adding that she urges Republicans to join the Biden administration’s call to invest in green energy to help the United States move away from fossil fuels, missing the fact that US purchases of Russian oil fund Putin's government and war machine. Additionally, green energy tech such as solar panels and lithium batteries rely heavily on Chinese mining and manufacturing.

Russia is the producer of one out of every 10 barrels of oil consumed by the world, according to the New York Times, making it the third-largest oil producer in the world.