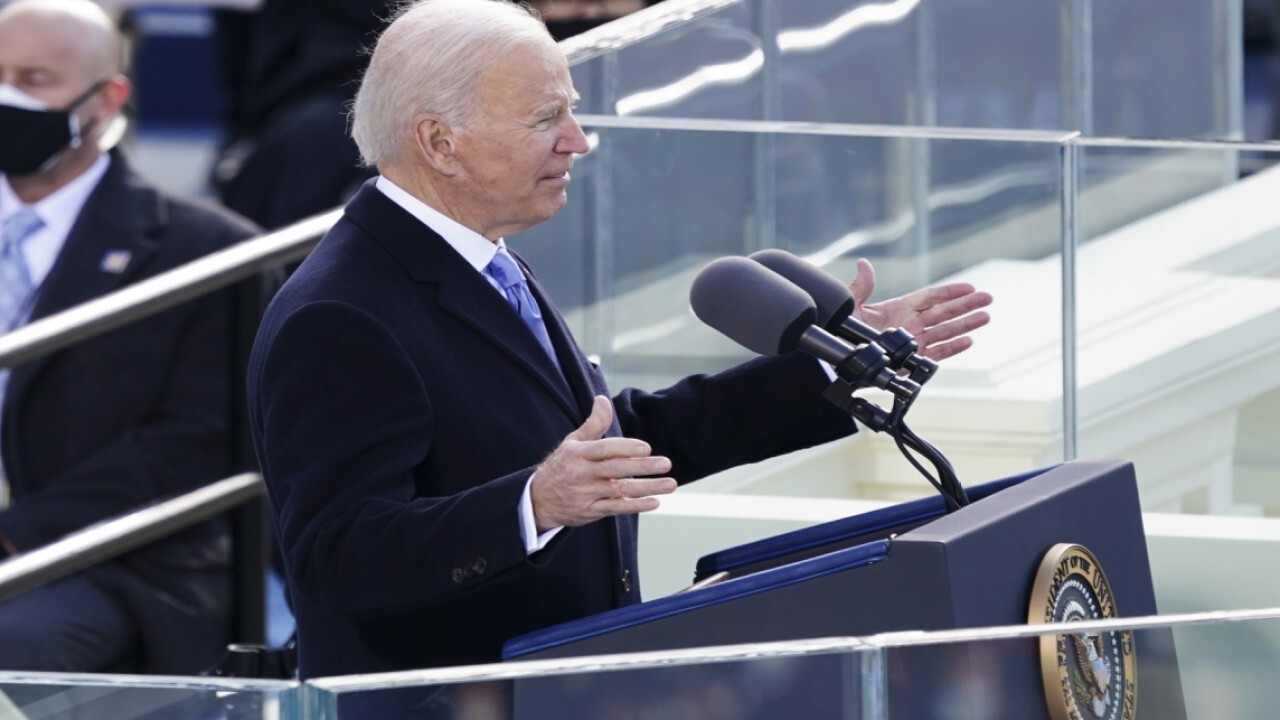 Biden is 'setting the right tone' for unifying America: The Common Good CEO

The Common Good founder and CEO Patricia Duff on how President Biden and Congress can bring America together in a divided time.

Exercise technology company Peloton poked fun at a trivial dilemma facing President Joe Biden on Wednesday, amid reports that he cannot safely bring his stationary bike to the White House.

Peloton posted a meme on Twitter referencing actor Nicolas Cage in the movie "National Treasure" along with the caption "I’m gonna get a Peloton bike into the White House."

The original meme says "I’m gonna steal the Declaration of Independence," which is a line from the film.

BIDEN MAY HAVE TO LEAVE HIS PELOTON IN DELAWARE WHEN HE MOVES INTO THE WHITE HOUSE: REPORT

Biden, who was sworn in as the 46th U.S. president on Wednesday, is said to be unable to move his exercise bike in with him because it poses a security risk. The machinery uses the internet to stream classes, and it also has built-in cameras and microphones.

"Because you're connected to the internet, even though there are firewalls and intrusion detection software ... those things can be gotten around if you’re really good and skilled," Max Kilger, Ph.D., director of the Data Analytics Program and Associate Professor in Practice at the University of Texas at San Antonio, told Popular Mechanics last week.

The publication was among the first to detail the potential security conflicts that exist with the bike, which the company acknowledges on its website.

Peloton did not return Fox News’ request for comment on whether it was working with the administration to find a solution to the problem.

Popular Mechanics noted that it could be possible for Biden to get a modified version of the bike that would not pose a security risk – though it may not necessarily be a "Peloton."

The New York Times noted that the request leaves Biden open to criticism, after running on an average-guy-from-Scranton, Pennsylvania persona.

The bikes go for $2,500 apiece, and are therefore typically considered a luxury item.

Though it is far from uncommon for presidents to make requests and changes upon entering the White House.

President Barack Obama, for example, had the White House tennis court modified so that it could also be used as a basketball court.

NBC reported that former President Donald Trump spent $1.75 million decorating the White House, including $17,000 along on custom rugs. It was not clear whether Trump paid for some, any or all of the expenses out-of-pocket.

Former First Lady Melania Trump is said to have had the East Wing toilet replaced.