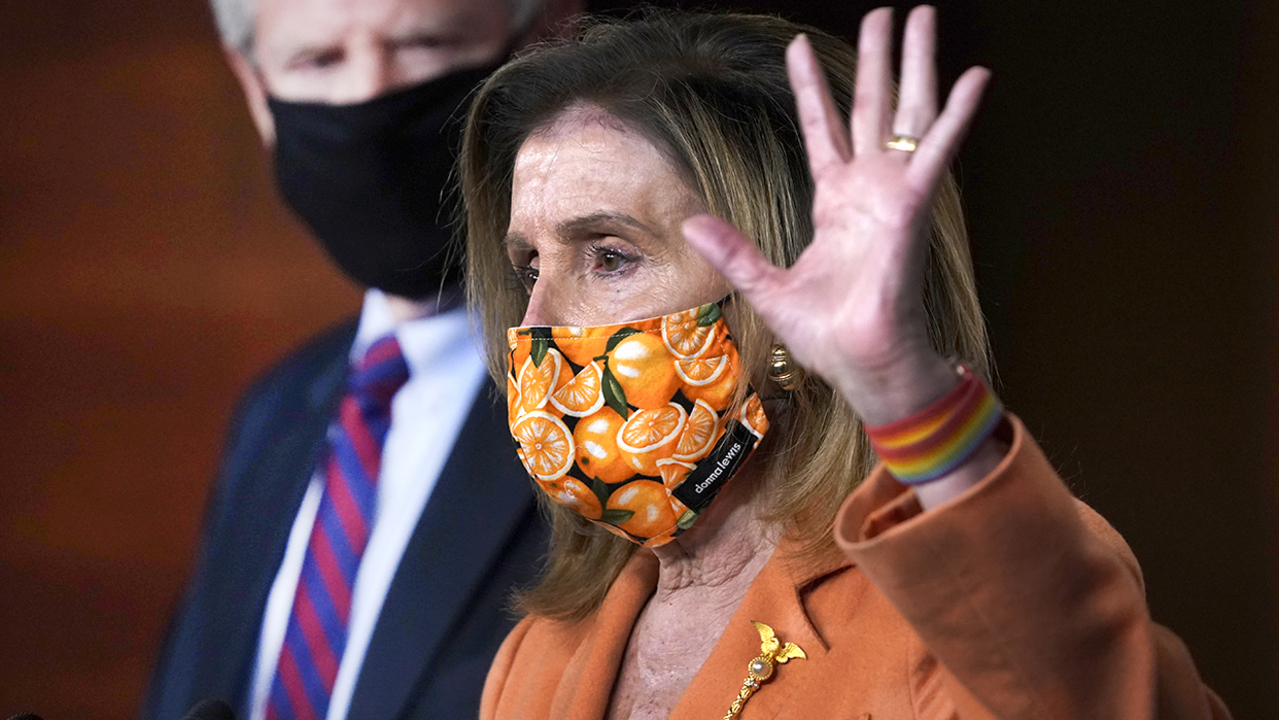 Pelosi trying to 'change the narrative' on Afghanistan: Rep. Turner

Rep. Mike Turner, R-Ohio, argues Pelosi is coordinating with the Biden administration to change the portrayal of Afghanistan in the media.

House Speaker Nancy Pelosi, D-Calif., praised the advancing of the Democrats' $3.5 trillion budget proposal as a "great day of pride" for America and pushed President Biden's Build Back Better agenda amid the crisis in Afghanistan.

Pelosi spoke on the House floor Tuesday in support of the Democrats’ economic and elections agenda, taking to the floor to promote their budget proposal, infrastructure package and voting overhaul.

During her remarks, the speaker praised the advancement of her party’s multitrillion-dollar budget proposal that passed the Senate along party lines, saying it was a "great day of pride" for America and the Democrats that the budget had moved forward for a vote.

The speaker’s words come amid the firestorm surrounding the Biden administration that stems from their botched troop withdrawal from Afghanistan.

Biden’s bungled withdrawal saw the Taliban swiftly take over the country with the commander in chief pointing fingers while his administration goes to great lengths to cover for him.

The president decided not to extend an Aug. 31 deadline to remove all American troops from Afghanistan, a U.S. official told Fox News on Tuesday.

The development comes shortly after a Taliban spokesperson – following a meeting between leader Mullah Abdul Ghani Baradar and CIA Director William Burns in Kabul – said there will be "no extensions" to the Biden administration’s Aug. 31 date.